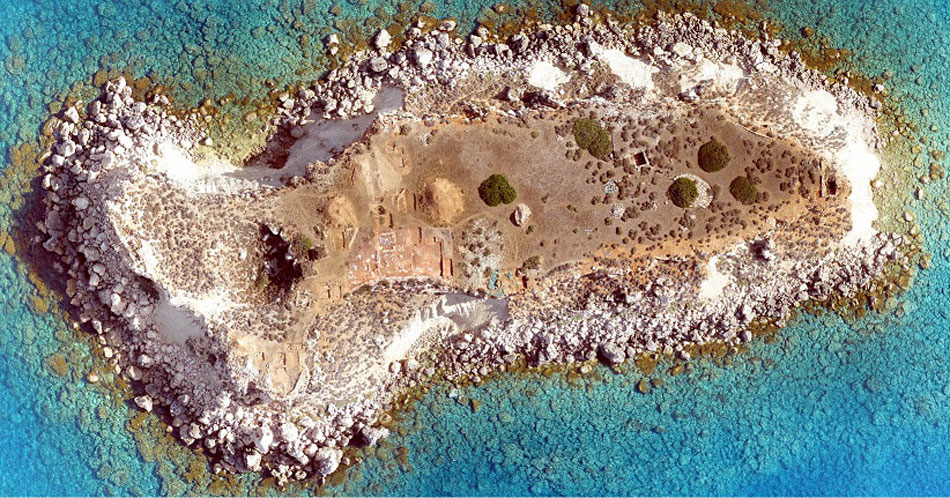 The Department of Antiquities, Ministry of Transport, Communications and Works, announces the completion of five weeks of excavation, survey and study of the New York University Geronissos Island Expedition under the direction of Joan Breton Connelly, Professor of Art History and Classics.

The project involves the collaboration of an international team of specialists and field school students, including a team from the University of Haifa’s Recanati Institute for Maritime Studies that carried out preliminary underwater surveys around Geronissos Island and Manikis Harbour. Divers included Dr. Gil Gambash, Director of the Recanati Institute, Dr. Assaf Yasur-Landau, Head of the Laboratory for Coastal Archaeology and Underwater Survey, and Amir Yurman, Head of the Maritime Workshop.  Dr. Zur Shalev, Co-Director of the University of Haifa’s Centre for Mediterranean History, also participated.

The team continued its excavation on Geronissos Island, explored its surrounding waters and moreover conducted an underwater survey of Manikis Harbour, which is located just south of Agios Georgios tis Pegeia. This ancient port served as the main harbour for the ancient settlement at Agios Georgios and Geronissos from the Hellenistic through early Byzantine periods.

On Geronissos, Professor Pieter of Middlebury College, continued work on late Ptolemaic architectural remains. The foundations of a “temple-style” building on the westernmost cliff of Geronissos show setting lines, thus indicating that the structure was laid out with enormous precision. The distance between the incised lines measures 8.48m, a dimension that corresponds to 16 units of 0.530m, a length closely matching the Egyptian ell.  This new discovery underscores the fact that the governing unit of measure employed across Geronissos was Ptolemaic Egyptian in origin.

Further connections with Hellenistic Alexandria are supported by the work of Dr. Luca Cherstich, Oxford PhD and authority on Ptolemaic rock-cut tombs of Cyrenaica.  He continued his study of local tombs in the Agios Georgios area in an effort to understand better the people who lived and died on the mainland just opposite of Geronissos Island.

Professor Dimitris Plantzos of the University of Athens continued his study of the unique Geronissos stamp-seal amulets that find fascinating parallels at Edfu in Egypt. Professor Jolanta Mlynarczyk of the University of Warsaw continued her study of the Geronissos pottery whilst Dr. Mariusz Burdajewicz completed work on his publication of the glass finds.