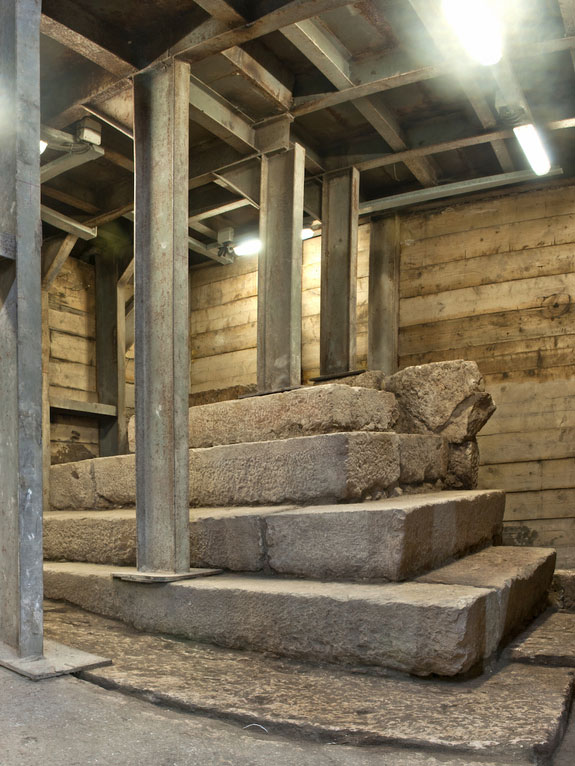 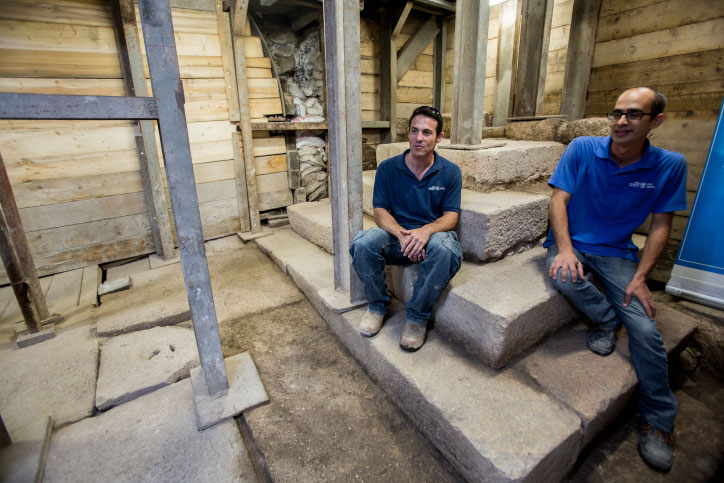 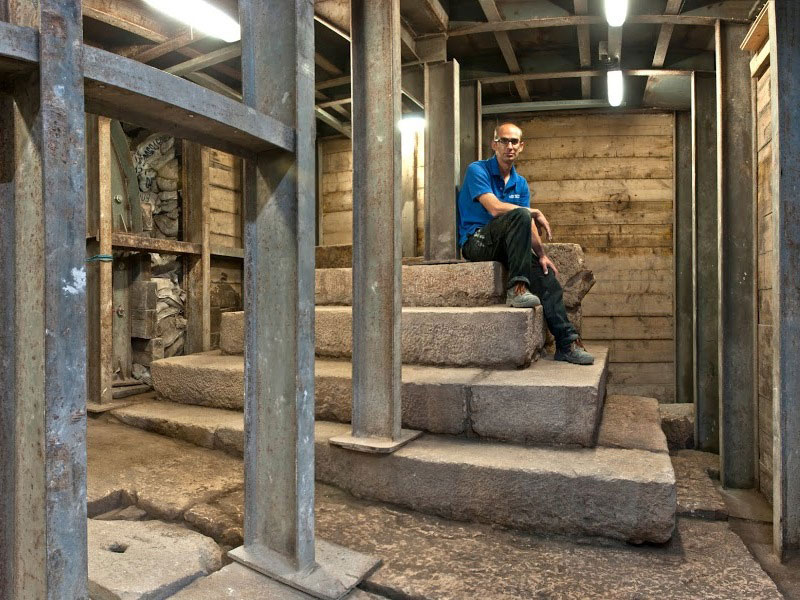 The exact use of the structure is unclear

A podium of unspecified use dating to the Second Temple Period has been uncovered at an excavation in the City of David, a site of ancient Jerusalem. The excavation is being carried out in cooperation with the Israel Nature and Parks Authority and the City of David Foundation.

The structure consists of a pyramid-shaped staircase constructed of large ashlar stone and is situated alongside the 2,000 year old Second Temple stepped street, which carried pilgrims on their way from the Shiloah (Siloam) Pool to the Temple. At the bottom of the staircase dozens of whole pottery vessels, stone vessels and glassware were found.

Archaeologists Nahshon Szanton and Dr Joe Uziel, leading the excavation with the Israel Antiquities Authority, said that the structure exposed is unique and its exact use remains enigmatic. The fact that it built in a place clearly visible by people making their way to the Temple led them to believe that it was as a monumental podium that attracted the public’s attention when walking on the city’s main street.

In what way the podium was used remains unclear. However, the Mishnah and the Talmud do mention a “stone of claims”, where lost items were taken and searched for. People with missing items would tell an announcer, who would then yell out to the crowd to see if anyone had found the items. This might be related to the new discovery but further research is required to establish any conection.

On Thursday (3.9), at the City of David Studies of Ancient Jerusalem’s 16th Annual Conference that will be open to the public, Nahshon Szanton and Dr Joe Uziel will present their findings from the excavation and the different interpretations regarding the nature of the podium.