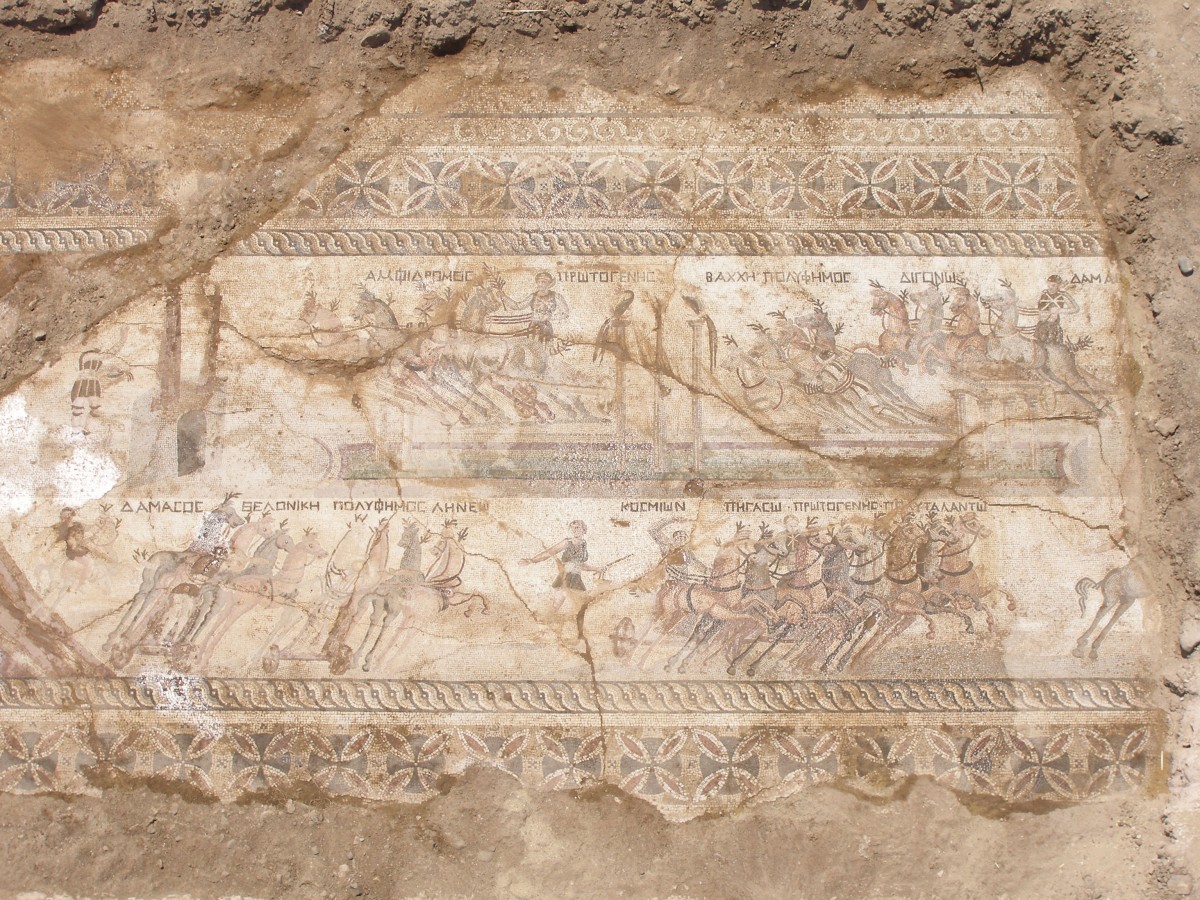 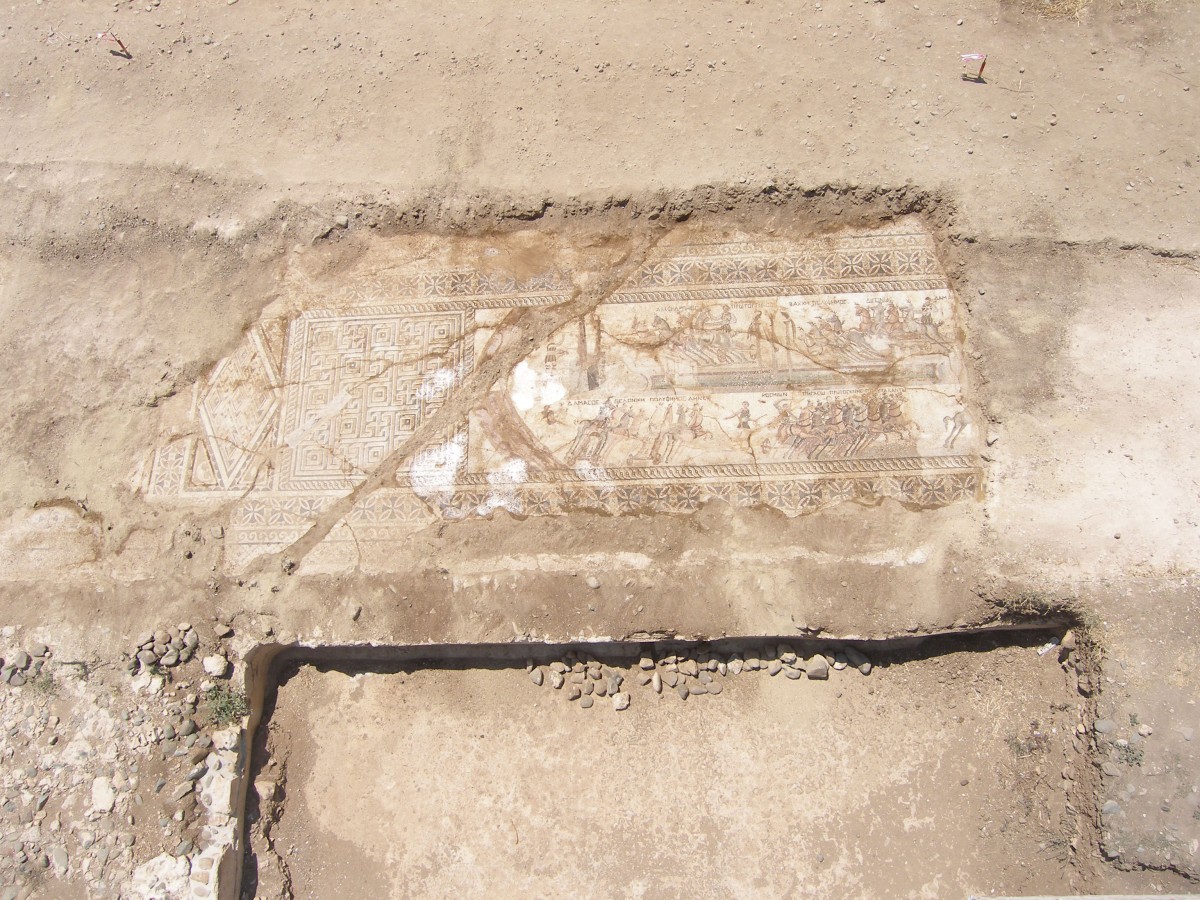 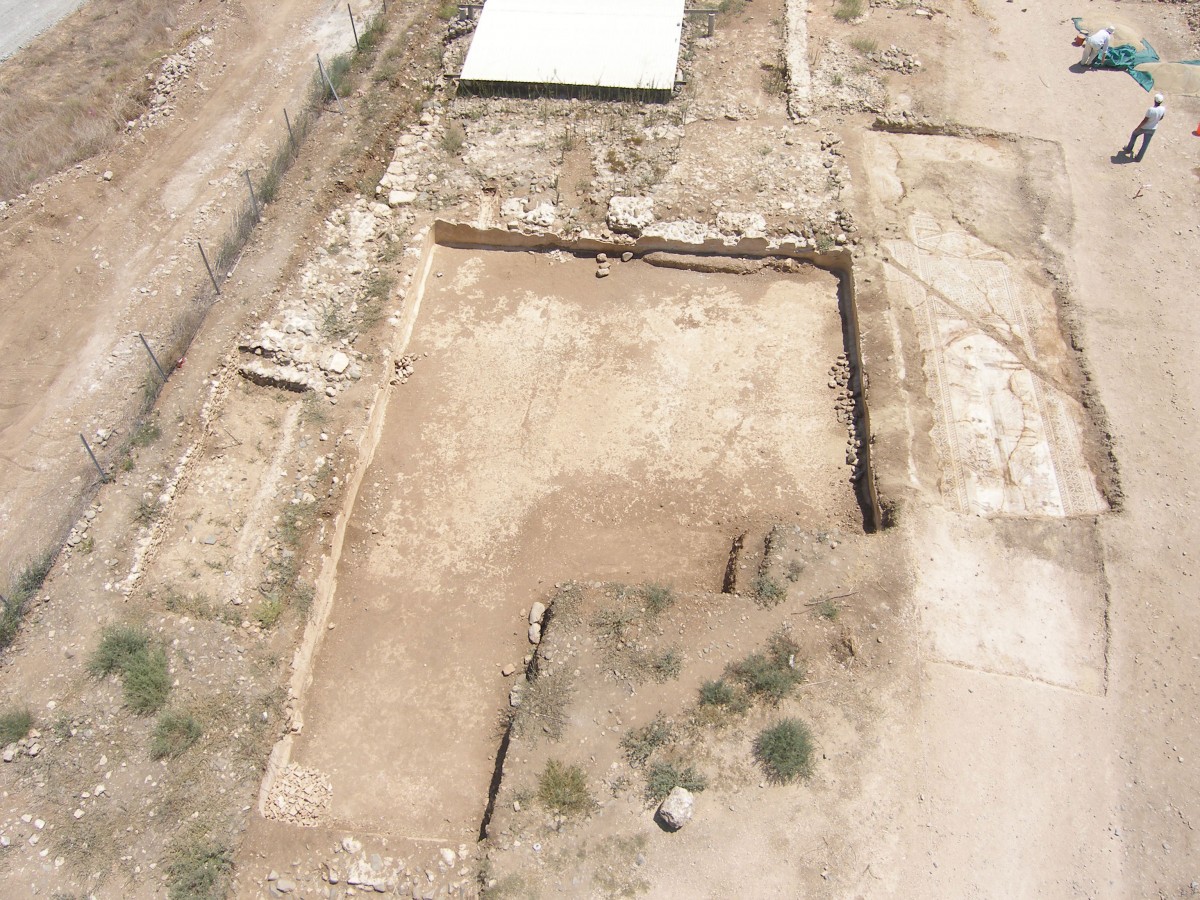 At the locality Piadhia at Akaki, Nicosia

During last year’s excavation, building remains were uncovered at a small depth below ground surface. Of special significance at the site is a cistern measuring 10×14 cm. This year’s excavation focused in two sectors: in the area to the north of the cistern, where the remains of a mosaic floor were brought to light during last season’s campaign, and in the eastern area, where three rooms of different sizes, as well as four parallel cavities cut into the rock, have been discovered. These rooms and cavities probably mark the eastern edge of the building.

The excavation so far has revealed part of the mosaic floor. The mosaic depicts a chariot scene taking place in the hippodrome (circus scene) and rich geometric decoration. The circus scene shows multiple quadrigae running around the spina (euripus). Each quadriga is driven by a standing charioteer and is accompanied by two inscriptions indicating probably the names of the horses. At the east end of the spina stand the meta, that is the point from which the quadrigae could turn, consisting of a circular platform on which three cones stand, each topped with an egg. On the spina we also find three columns, each topped with a dolphin from which flow water, and an aedicule. Between the quadrigae there is an equestrian figure and two standing figures, one holding a whip and the other a vessel with water.

The mosaic may be dated to the first half of the 4th century AD and exhibits an impressive state of preservation and high quality of manufacture.

Although the revealed building cannot be identified yet, the presence of this mosaic in a remote area of the inland contributes new important evidence for this period in Cyprus that adds to our knowledge on the use of mosaic pavements on the island.

Research at Akaki will continue in the coming weeks until complete exposure of the mosaic floor.