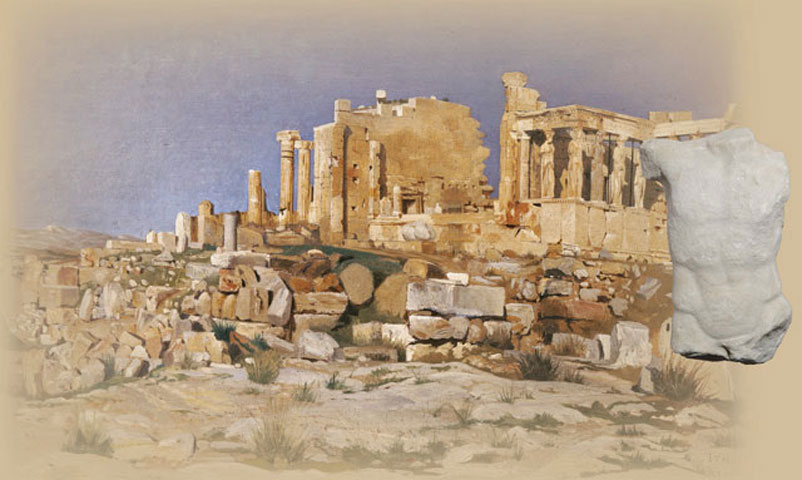 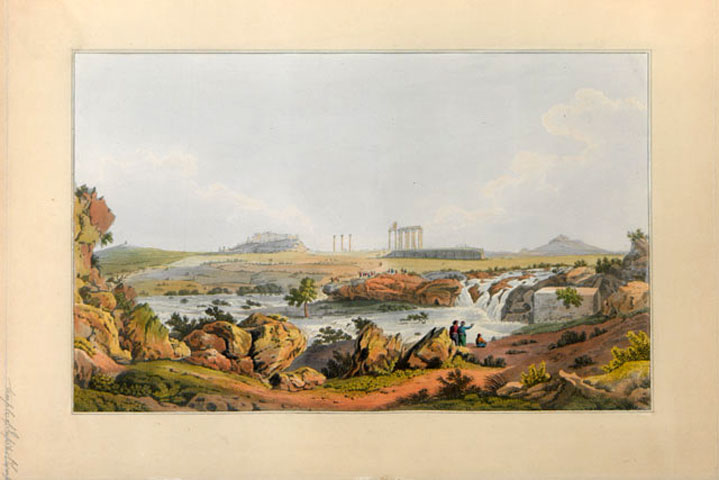 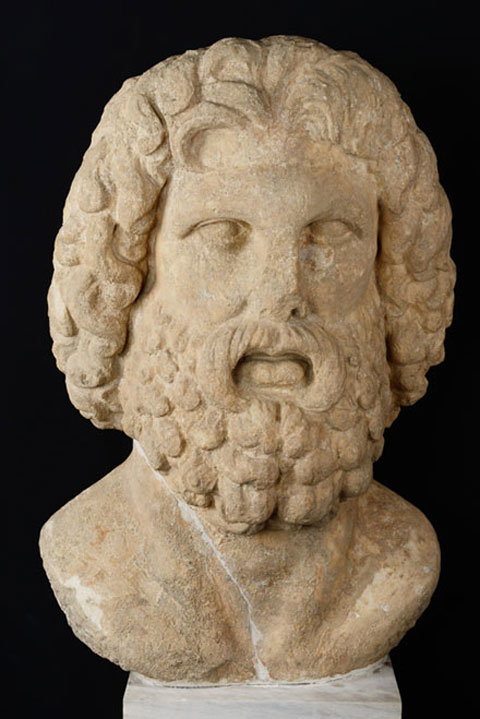 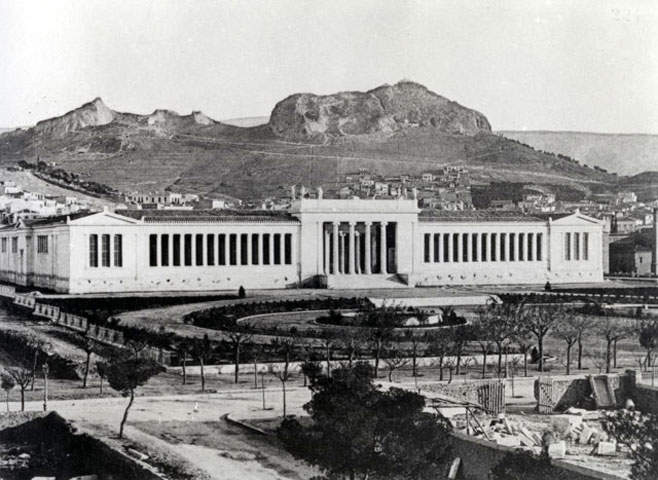 “A dream among splendid ruins…”

Strolling through the Athens of travelers - 17th-19th century

The new temporary exhibition “A dream among splendid ruins… Strolling through the Athens of travelers, 17th-19th century” was designed to provide an imaginary stroll through monumental Athens between the 17th and 19th centuries. Our companions on this stroll are the European travelers who undertook the “Grand Tour” to the capital city of Hellenism and who, inspired by the movement of Classicism, recorded the “splendid ruins” of its historical past.

Twenty-two illustrated travel publications and twenty-four original works of art — oil paintings, watercolors, and engravings from the Library collections of the Hellenic Parliament — offer landscapes, images, monuments, and specific moments from the Athens of travelers, feeding our imagination and setting starting-points for our own, personal readings. Thirty-five marble sculptures from the National Archaeological Museum, many of them presented here for the first time, converse with the travelers’ works, complementing their charming narrative of the city’s monumental topography. The museum experience is supplemented by music from the travelers’ homelands as well as by Greek music such as that recorded by the French composer and music theorist L.A. Bourgault-Ducoudray during his visit to Athens in 1874-1875.

The cultural environment in which European traveling flourished was directly linked to the intensification of the study of classical antiquity and systematization of archaeological research. Integrated into the same context is the formation of the first private archaeological collections and archaeological museums in Europe, as well as the dark side of traveling — the “mania” for antiquities and their plundering —, both of which increased the awareness of the newly-formed Greek state and led to the establishment of a national policy for the protection of antiquities and creation of archaeological museums.

The exhibition was organised with the cooperation of the Hellenic Parliament Library. Into the total of 76 exhibits are included works of sculpture and archive records from the National Archaeological Museum, along with etchings, paintings and illustrated editions from the Collection of Artworks and the Library of the Hellenic Parliament. Works of art on loan from the Museum of the City of Athens and the General State Archives of Greece also feature among the exhibits. The exhibition is enriched with digital applications that enhance visitors’ sense of direction around the monumental landscape of the city, enable them to leaf through pictures of illustrated books on display, offer them the opportunity to glimpse into the everyday life of the city, as this comes alive with the aid of technology, and to reflect back, by way of images, photos and selected extracts from travelers’ texts as well as those of institutional representatives of the new Greek state, on the relationship people who lived then in Athens, permanently or temporarily, had with antiquities. The exhibition is accompanied by a scholarly catalogue in Greek and in English published by the Archaeological Receipts Fund.

Finally, this temporary exhibition can be seen as the precursor of an important approaching anniversary. In 2016, the National Archaeological Museum will celebrate 150 years since its foundation. The new exhibition of the National Archaeological Museum brings out the incipient cultural environment to which the Museum owes its foundation, while the long chronicle of the museum’s founding, character, history, and activities, so closely bound with the modern history of Greece, will be unravelled in a series of upcoming events. The first one is now presented in a separate hall adjacent to the exhibition of the Travelers. It is a special visual installation the artistic curation of which was undertaken by Andonis Theocharis Kioukas. Enriched with music and film projections, the installation makes use of old showcases from the first years of the Museum’s operation, subtly making an effort to elucidate the secret thread that connects all those that the National Archaeological Museum carries in its entrails and transports through time functioning as an ark of concepts and universal values.