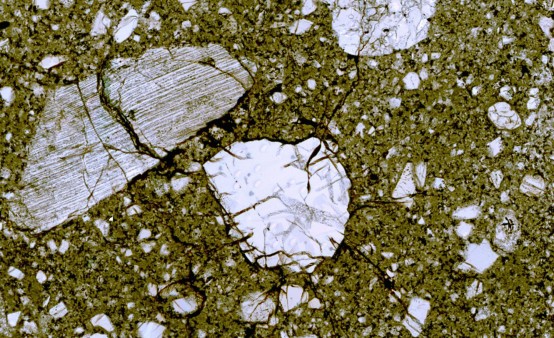 The deformed lunar zircon at center was brought from the moon by Apollo astronauts. The fractures characteristic of meteorite impact are not seen in most lunar zircons, so the ages they record probably reflect heating by molten rock, not impact. Credit: Apollo 17/Nicholas E. Timms
- +
Listen by Archaeology Newsroom
19 10 '15 11:42