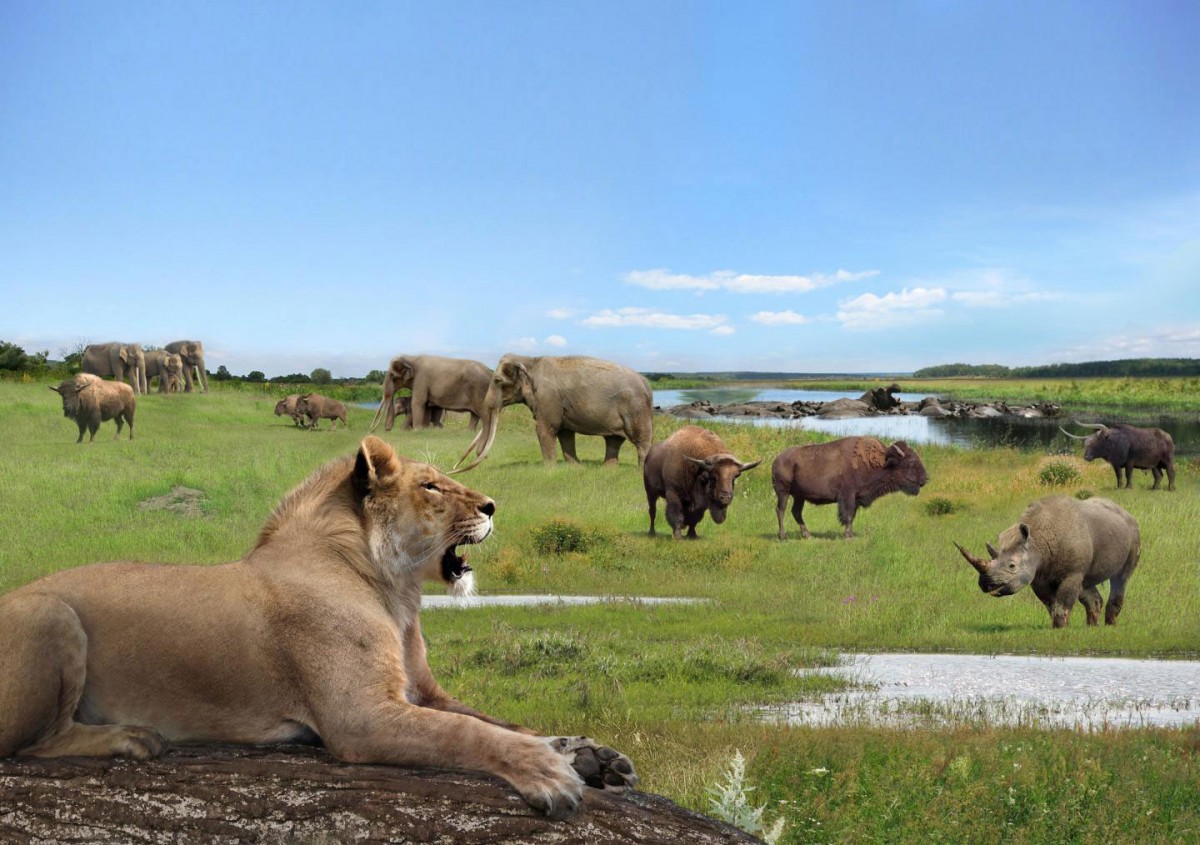 The extinction of large herbivores such as mammoths could explain massive prehistoric changes in vegetation and landscape structure. But it has wider implications, explaining more frequent fires in modern-day ecosystems for instance. Modern and paleo-ecologists joined forces in an international study led by the Netherlands Institute of Ecology (NIOO-KNAW). The results are being published online by PNAS this week.

The integrative study by modern and paleo-ecologists reveals that large herbivores are major engineers of ‘landscape openness’. Present-day large herbivores substantially open up otherwise wooded landscapes. This sheds new light on the consequences of the extinction of the very large herbivores that roamed the earth during the Pleistocene. Think of mammoths, ground sloths, diprotodons, and many others.

Using new techniques, paleo-ecologists have found evidence that shrubs and trees became more abundant following the Late Pleistocene extinctions, and that there were major shifts in plant species composition. Lead author Liesbeth Bakker from the Netherlands Institute of Ecology explains: “Large herbivores are not merely victims of the circumstances they live in, but actively engineer their environment. This has major consequences for other species, and for the structure of the entire landscape.”

The research team from Europe, the United States and Australia stresses that most research has focused on the causes of the Late Pleistocene large herbivore extinctions. The observed vegetation changes at the end of the Pleistocene were generally attributed to climate change. Until now. “Acknowledging the major ecosystem-engineering role of large herbivores, you can’t imagine that vegetation stayed the same regardless of their presence or absence in the Late Pleistocene,” says Bakker. Instead, the team proposes to predict the openness of the landscape based on the diversity of the herbivore community and on the actual animal densities. Modern techniques allow application of this framework for a better understanding of events at the end of the Pleistocene.

The role of large herbivores even has implications for present-day ecosystem functions, An ‘underbrowsed’ landscape -that is, without large herbivores – leads to increased fire incidences: a phenomenon also observed after the Late Pleistocene extinctions. Furthermore, current conservation practices have to deal with another decline of native large herbivores, resulting in more wooded landscapes. Or with the opposite case of locally high densities of herbivores, such as deer, that lead to increased landscape openness. The present study facilitates a better prediction of both cases.