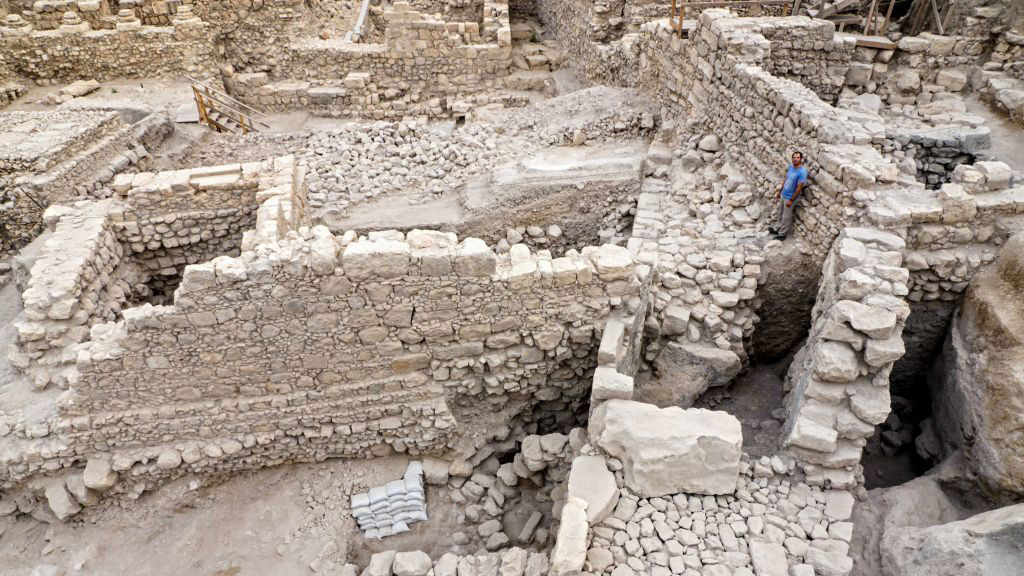 Seleucid stronghold of Acra remains found by Israeli archaeologists south of the Old City walls in Jerusalem are to open to the public by December 6.

Israel Antiquities Authority experts had located the remains under a parking lot in the archaeological site known as City of David a decade ago and an ongoing dig was taking place there ever since. Evidence such as a massive wall coated with plaster, dust and stones, the base of a tower “with impressive proportions” (20 m. long and 4 m. wide) and portable finds such as lead sling stones, bronze arrowheads and stones (shot by a ballista, an ancient catapult) as well as coins dated to the reign of Antiochus IV Epiphanes to the reign of Antiochus VII Sidetes, allowed the archaeologists to identify the site with Acra, a system of defenses built by Antiochus IV Epiphanes as he sought to quell the Maccabean revolt that started c. 168 BC. This Jewish rebellion, led by the priestly family of the Hasmoneans against the Seleukid rule, was immortalized through the religious feast of Hanukkah, with Antiochus representing an arch villain in the Jewish collective mind. Manned by Hellenized Jews, who had possible been engaged in a full-fledged civil war with traditionalist Jews represented by the Maccabees, the Acra fortress remained a foothold of Seleucid power in Jerusalem until its final conquest by Simon Maccabeus in 141 BC, after a long siege during which the Hasmonean king essentially starved out the Greek and “Hellenophile” defenders.

According to the archaeologists, the finds are “silent remnants of the battles that took place there in the days of the Hasmoneans,” . From an archaeological point of view, “This stronghold controlled all means of approach to the Temple, and cut the Temple off from the southern parts of the city. The many coins dating from the reign of Antiochus IV (Epiphanes) to that of Antiochus VII (Sidetes) and the large number of wine jars (amphorae) that were imported from the Aegean region to Jerusalem and were found at the site bear witness to the citadel’s age, as well as to the non-Jewish identity of its inhabitants.”

Opening December 6, the newly identified site will be ready to receive its first visitors just on the day Hanukkah celebrations start this year.