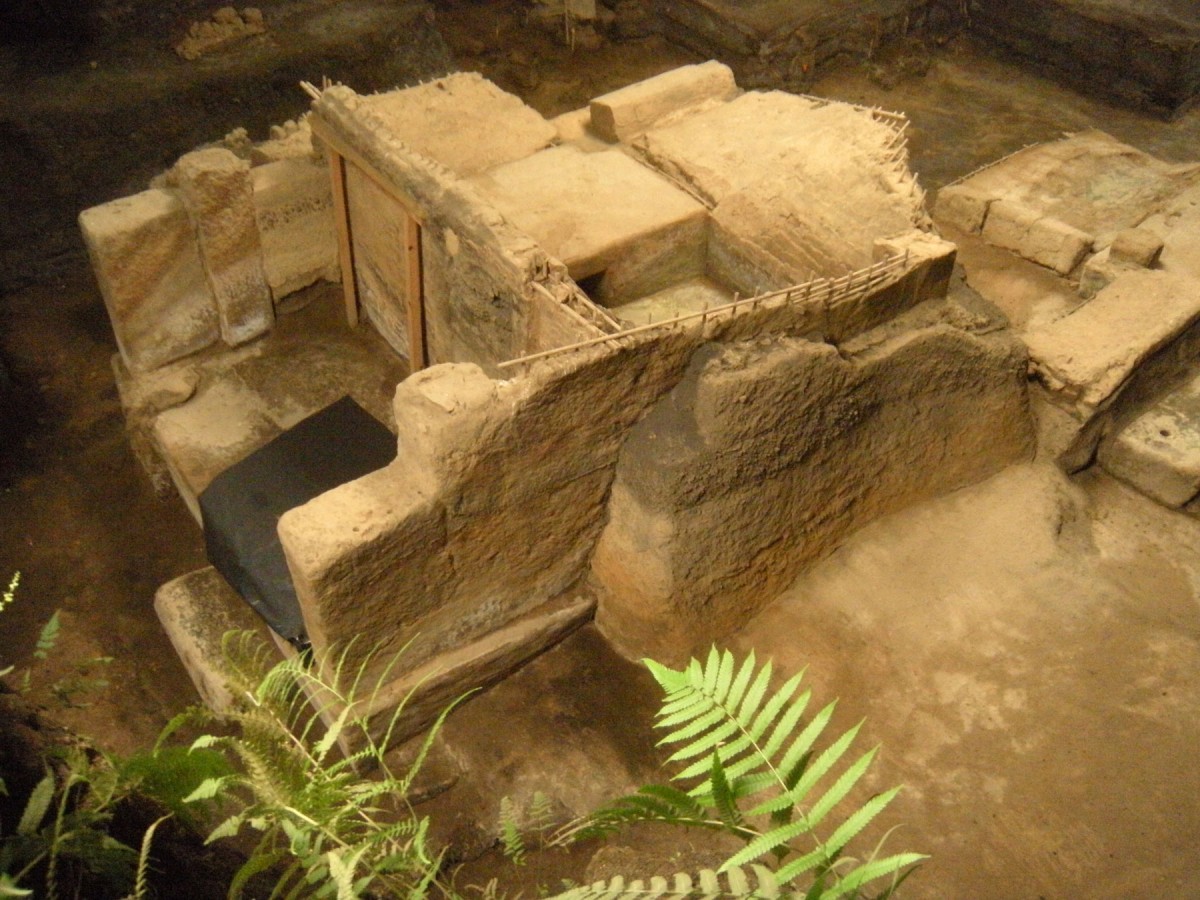 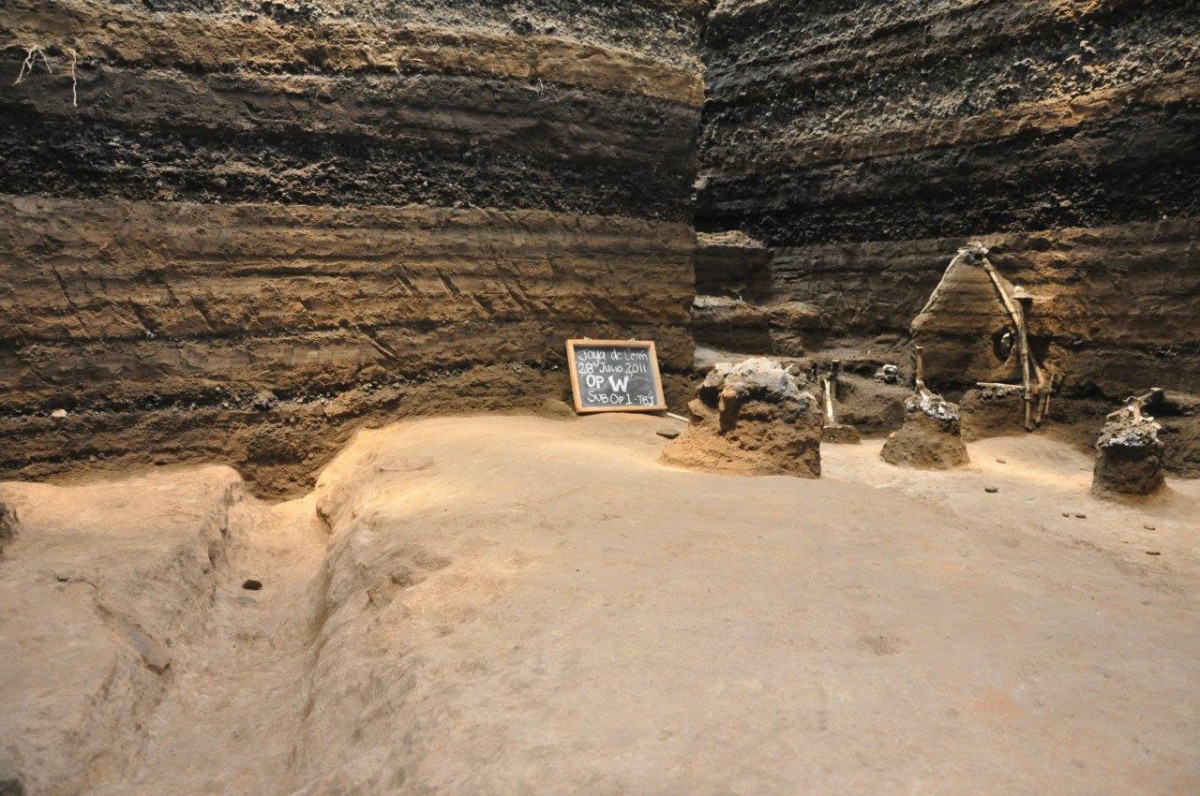 A continuing look at a Maya village in El Salvador–frozen in time by a blanket of volcanic ash from 1,400 years ago–shows the farming families who lived there went about their daily lives with virtually no strong-arming by the elite royalty lording over the valley.

Cerén is the best-preserved ancient Maya village in all of Latin America. In A.D. 660, the village was blasted by toxic gas, pummeled by lava bombs and then choked by a 17-foot layer of ash falling over several days after the Loma Caldera volcano, less than half a mile away, erupted.

Discovered in 1978 by CU-Boulder anthropology Professor Payson Sheets, Cerén has been called the “New World Pompeii.” The degree of preservation is so great researchers can see marks of finger swipes in ceramic bowls, and human footprints in gardens that host ghostly ash casts of corn stalks. Researchers have also uncovered thatched roofs, woven blankets and bean-filled pots.

Some Maya archaeological records document “top-down” societies, where the elite class made most political and economic decisions, at times exacting tribute or labor from villages, said Sheets. But at Cerén, the villagers appear to have had free reign regarding their architecture, crop choices, religious activities and economics.

“This is the first clear window anyone has had on the daily activities and the quality of life of Maya commoners back then,” said Sheets, who is directing the excavation. “At Cerén we found virtually no influence and certainly no control by the elites.”

It should be noted that the 10-acre Cerén research area was declared a UNESCO World Heritage Site in 1993.

Cerén is believed to have been home to about 200 people. Researchers have excavated 12 buildings, including living quarters, storehouses, workshops, kitchens, religious buildings and a community sauna. There are dozens of unexcavated structures, and perhaps even another settlement or two under the Loma Caldera volcanic ash, which covers an area of roughly two square miles, Sheets said. Thus far, no bodies have been found, an indication a precursor earthquake may have given residents a running start just before the eruption.

The only relationship Cerén  commoners had with Maya elite was indirect, through public marketplace transactions in El Salvador’s Zapotitan Valley. There, Cerén  farmers likely swapped surplus crops or crafts for coveted specialty items like jade axes, obsidian knives and colorfully decorated polychrome pots, all of which elites arranged to have brought to market from a distance. Virtually every Cerén  household had a jade axe–which is harder than steel–used for tree cutting, building and woodworking.

“The Cerén people could have chosen to do business at about a dozen different marketplaces in the region,” said Sheets. “If they thought the elites were charging too much at one marketplace, they were free to vote with their feet and go to another.”

One of the excavated community buildings has two large benches in the front room, which Sheets believes were used by village elders when making decisions. One decision would have involved organizing the annual crop harvest festival, a celebratory eating and drinking ritual that appears to have been underway at Cerén when the Loma Caldera volcano abruptly blew just north of the village, said Sheets.

He believes the villagers fled south, perhaps along a white road leading away from the village discovered under 15 feet of ash in 2011. The elevated road, known as a sacbe (SOCK-bay), is about 2 meters wide and made from white tightly packed volcanic ash, with drainage ditches along each edge. The sacbe appears to split in the village and lead toward the plaza and two religious structures: the large ceremonial building and a second, smaller structure used by a female shaman.

“There are two aspects that make this project unique,” said John Yellen, NSF program manager for the Cerén excavations. “The first is the incredible degree of preservation at Cerén, which captures in such detail a moment in time. The second is the perseverance and ingenuity of Dr. Sheets, who devised effective techniques to address a broad range of questions involving Cerén’s agricultural practices and its social organization.”

Prior to the discovery of Cerén’s sacbe, such “white way” roads–which often connected temples, plazas and towns and had strong practical, political and spiritual connotations–were known only from Mexico’s Yucatan Peninsula and all were lined on each side with paving stones, unlike the Cerén sacbe, said Sheets.

Measurements with an instrument known as a penetrometer indicated the sacbe was extraordinarily hard. This was, in part, because villagers must have vigorously pounded sections of the sacbe with heavy objects over a period of days, he said. In addition, tiny, angular grains of the ash, or tephra used to build the sacbe lock together in a tight matrix when packed down under moist conditions. The center of the sacbe was slightly grooved, an indication people walked single file as they headed to their crop fields or perhaps traveled to and from the nearby town of San Andres.

“The western canal of the sacbe was crisp and well formed and had apparently been worked on just days before the eruption,” said Sheets. “But it looks like the workers hadn’t gotten around to maintaining the eastern canal before the volcanic event.”

The team, which has dug 10 test pits so far in an attempt to trace the path of the sacbe from Cerén south, found several dozen footprints on its outer, softer edges. “More than half of the footprints were headed south away from the village, away from the danger,” Sheets said. “I think at least some of them were left by people fleeing the eruption.”

Who built and maintained the sacbe–now known to stretch at least 150 meters from the village and may well go all the way to San Andres–is still a mystery. “We think the work was done on the household level with multiple families involved, perhaps supervised by village elders,” said Sheets.

There also is evidence that residents of particular households at Cerén were responsible for the upkeep of certain community structures, said Sheets. One household, for example, contained an inordinate amount of pots and firewood that the researchers speculated were used during activities in the domed community sauna building. That sweat bath, which could comfortably seat about a dozen people, had a central firebox where water was poured to create the desired steam and heat, Sheets said.

In 2009, Sheets and his team discovered intensively cultivated manioc (cassava) fields at Cerén. It was the first and only evidence of intense manioc cultivation at any New World archaeology site. Sheets and others believe such large manioc crops could have played a vital role in feeding indigenous societies living throughout tropical Latin America. Today, dried manioc powder is used in the region to make tortillas and tamales, and fermented manioc is used to make alcoholic beverages