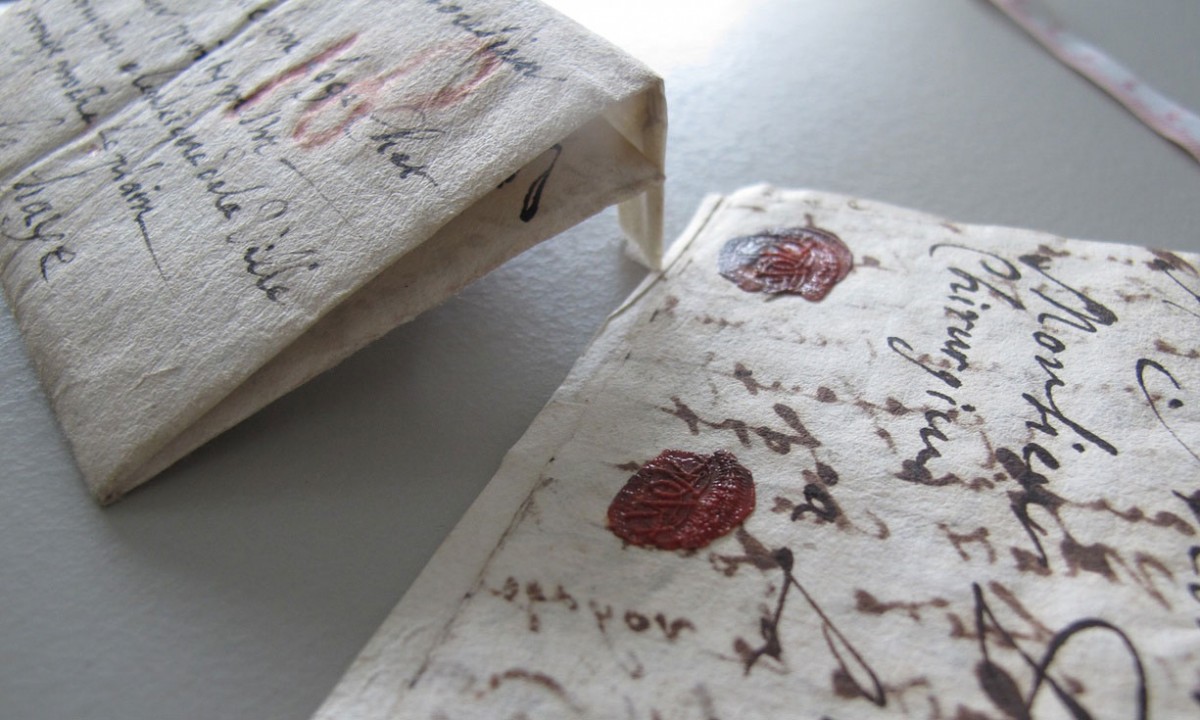 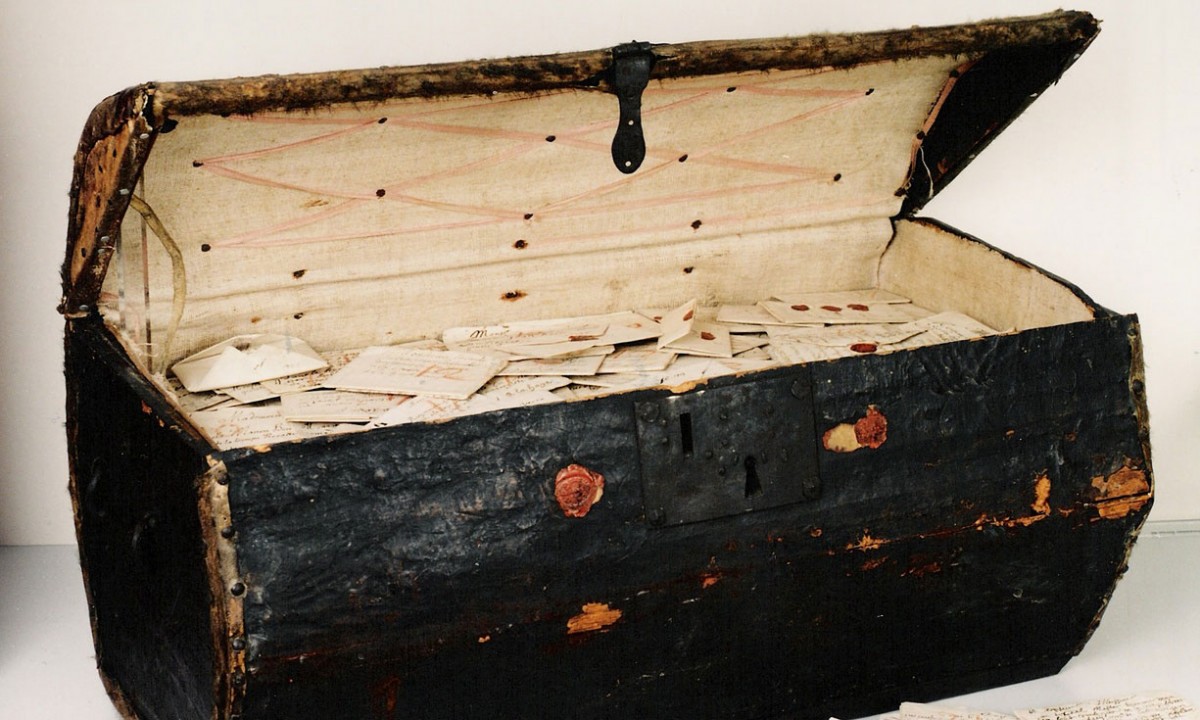 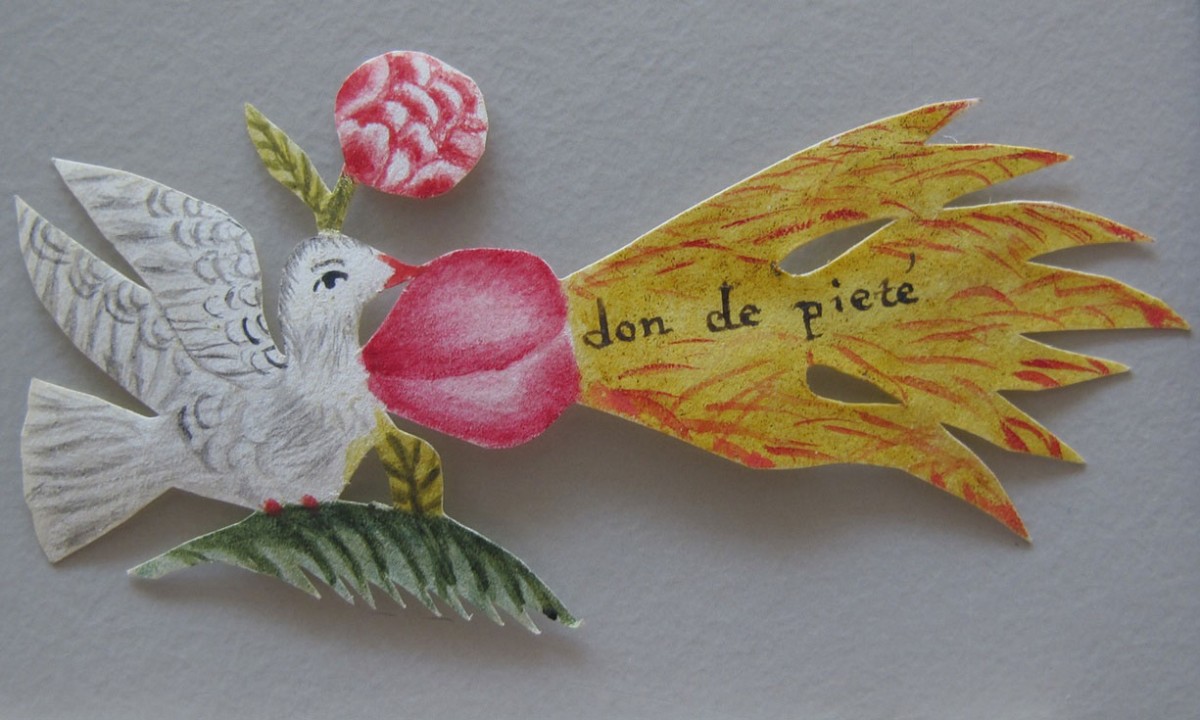 The letters were found in a sealed chest in Hague

A chest in the Museum for Communication in the Hague, containing 2,600 undelivered letters, has been rediscovered thanks to new scanning techniques. The linen-lined leather, covered in official seals, chest contained undeliverable letters posted in France and stored by the postmaster Simon de Brienne in the Hague and his wife Maria Germain. Now, an international research team will soon be able to reveal the secrets hidden in the chest and gain an insight in 17th century life.

The research team, Signed, Sealed & Undelivered, is an international team with researchers from the University of Groningen, Leiden University / NIAS, the University of Oxford, Yale University and MIT, who will read and analyse the letters and the way they were folded and sealed.

The 600 sealed letters will not be opened but will be studied thanks to X-ray computed tomography, leaving the material evidence of letter sealing untouched.

The letters were not delivered because the addressee had moved, died or simply refused to accept them, and the postmaster had kept them in the hope that the addressees would eventually come by and collect them. Researchers now hope that they will shed light on the life and times of ordinary people, particularly Huguenot families forced to flee their homes due to religious persecution under Louis XIV. The letters were the only way to stay in touch with their families and kin who had remained in France. Among the correspondence there are letters from aristocrats, spies, merchants, publishers, actors, musicians, barely literate peasants and highly educated people with beautiful handwriting, and are written in French, Spanish, Italian, Dutch and Latin.

The collection is of unique significance due to the fact the letters do not need to be unfolded. According to a leader of the reearch team, Van der Linden, ‘People had a very personal way of folding letters, rather like their own signature. We call this “letter locking”: folding and sealing a letter so that nobody could secretly read it. This is a revolutionary new research field – and the letters in this collection form a golden opportunity to study and analyse these different styles of folding.’

The project is funded by the Netherlands Organisation for Scientific Research (NWO)
through Alfa Meerwaarde , and MIT Libraries (United States).