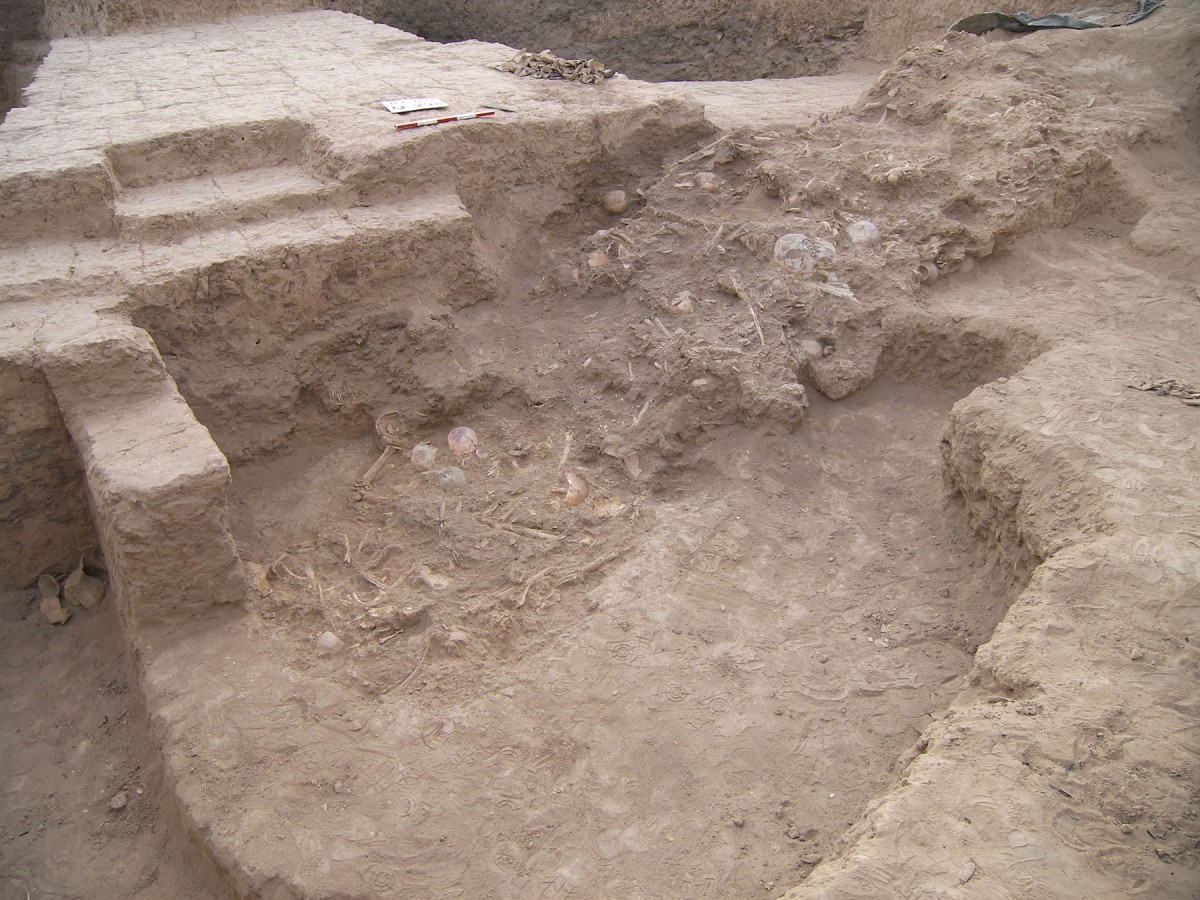 Archaeologists from Johannes Gutenberg University Mainz (JGU) have been progressively examining the city located in the ancient Elamite site of Haft Tappeh in southwestern Iran since 2002. Their excavations have revealed important information relating to the city’s structure and its historic development, but have also produced evidence of a human tragedy that occurred here 3,400 years ago.

In the middle of the second millennium BC, a city emerged approximately 15 kilometers south of the capital Susa that would soon ascend to become the most prominent center within the Elamite empire. Within a relatively short period of time, the Elamite kings Tepti-ahar and Inshushinak-shar-ilani built here monumental structures such as temples and palaces, and the area covered by the city was extended to roughly 250 hectares. The city continued to flourish for about one hundred years, and trade and political relations with neighboring states such as Babylon were established.

A discovered workshop with attached clay tablet archive provides ample evidence of the expansion of commerce, arts, and crafts. At the end of the 14th century BC, the urban developments in Haft Tappeh stagnated for reasons that are as yet unknown. Some of the monumental structures were abandoned while others ceased to be used; materials from their ruins were subsequently employed by the population to build simple homesteads.

A team of archaeologists from Mainz University headed by Dr. Behzad Mofidi-Nasrabadi recently discovered that the city’s population fell victim to a massacre at the end of the settlement phase. They found a mass grave containing the skeletal remains of several hundred people in a street between the dwellings of the final building layer. The dead had simply been haphazardly piled one on top of another behind a wall.

The excavations will continue in order to reveal the particular circumstances of this human tragedy and its historical background.