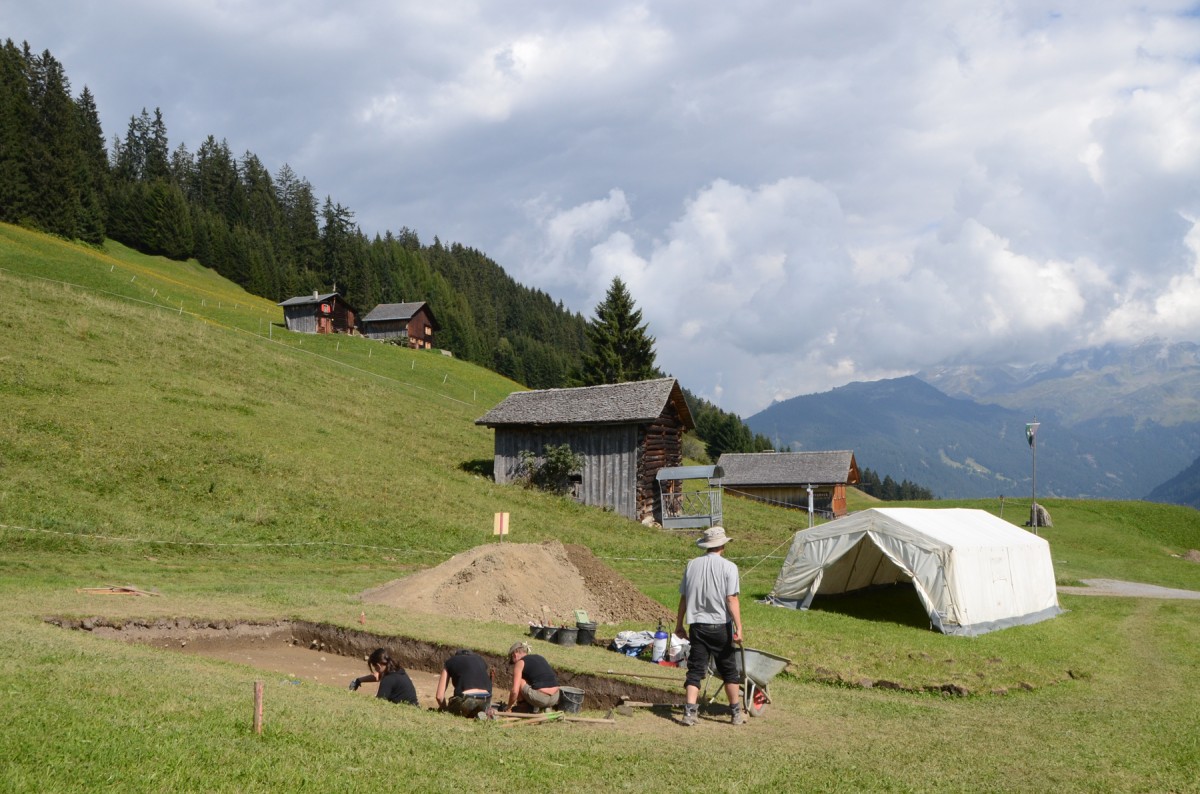 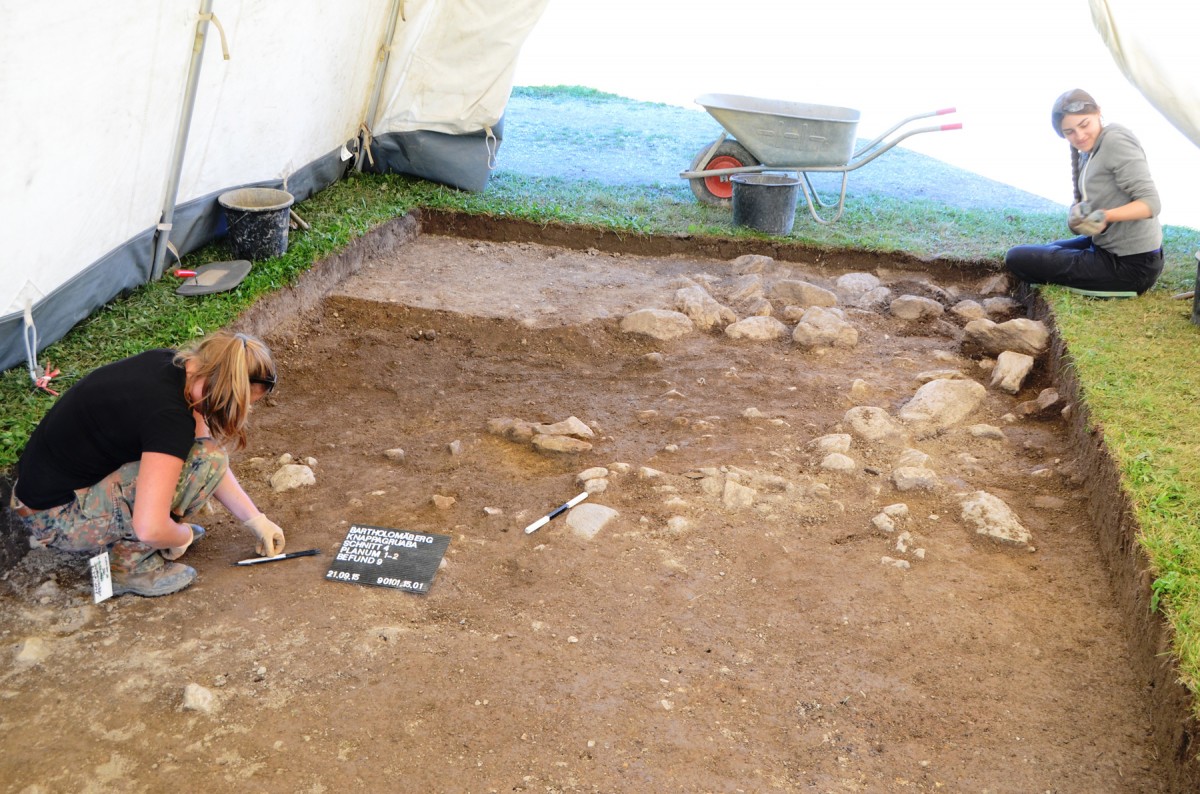 Breakthrough for mining research in the Bronze Age

Research in the Austrian Alps

Mining in the Alps dates back much further than previously thought – in the Austrian region of Montafon since the Bronze Age. Thanks to C14 dating, a group of researchers from Goethe University in Frankfurt led by Professor Rüdiger Krause of the Institute of Archaeological Sciences was able to detect in the course of prospecting in the Bartholomäberg region at a height of 1450 metres ancient traces of mining from the middle Bronze Age. The C14 method, also known as the radiocarbon method, makes a relatively precise age classification possible, for example of charcoal, on the basis of decreasing radioactivity in carbonaceous material.

It was in this way that the researchers also discovered that 2500 years later – towards the end of the Early Middle Ages – mining evidently even resumed there, since there are clear traces in the terrain from this period too. That means that this is one of the oldest mining areas provable to date in a mountainous region of Europe. The discovery, which was made possible through funding from the German Research Foundation (Deutsche Forschungsgemeinschaft (DFG)), equates according to Professor Krause to “a small sensation, since the academic world had so far not considered that Bronze Age mining in the Montafon mining area could be possible.” There are only very few places with evidence of Alpine mining in the early and late Middle Ages either. Professor Krause now sees an exciting link, for instance, to the historically documented nine iron-smelting furnaces in Drusengau – the region around Bludenz, Klostertal and Montafon – which are mentioned in the Imperial Register of Chur (Churer Reichsurbar) of the year 843.

Professor Krause and his team, which includes archaeobotanists and a large number of students from Goethe University, have been researching for 15 years in the Montafon region, which lies in the Central Alps in the south of the Austrian federal state of Vorarlberg. The objective is to explore early settlement history and early mining in this unique inner-Alpine “settlement chamber” with Bronze Age and Iron Age settlements and Bronze Age castle buildings with stone walls up to 3 metres thick.

Excavations in the newly discovered mining area are due to commence next summer. An exciting project, as the only other evidence of comparably ancient mining activity is in the Eastern Alps, for example in the famous Mitterberg mining area, where Bronze Age miners dug galleries as far down as 200 metres and developed mining on the most intensive scale in this period in the Alps. “What significance our new site in Montafon had in the context of Bronze Age copper supply in the Alps will be seen when we examine it further”, says Professor Krause.

For archaeological research in Frankfurt, Montafon – with its special colonization history with Bronze Age and Iron Age settlements – is an important priority. After all, it is regarded as a model region for an interdisciplinary approach where archaeobotany, soil science and metal analysis, in particular the analysis of heavy metals in the ground as a relict of ancient mining, are very important sources of information. Work focuses on questions about what could have originally induced people to settle in this Alpine valley landscape. From what point in time onwards was their self-sufficient economy – gathering as well as livestock, arable and pasture farming – supplemented by mining activity? Thanks to the researchers in Frankfurt it is now known that this inner-Alpine valley landscape has been inhabited on a continuous basis since about 2000 B.C. and that Montafon can today look back on 4000 years of settlement history.

The scientific “breakthroughs” in the former mining area are now also visible in book form: On the 9th of November, the first monograph on the archaeology and early history of mining in Montafon will be presented in Bartholomäberg (Montafon): A “colourful” book richly illustrated with photographs and diagrams, which wants to familiarize the reader and observer in short and easily comprehensible words and in a lively way with the oldest history of an Alpine valley landscape using the example of Montafon as well as with the different types of exploration. Martin Vallaster, Mayor of the Municipality of Bartholomäberg, is noticeably impressed: “We are all very proud of this book, which is a product of lasting value for relaying the research results and their wide variety of new findings. Allow yourself when reading this book to be transported into the world of our ancestors and experience our exciting and unique settlement history”.