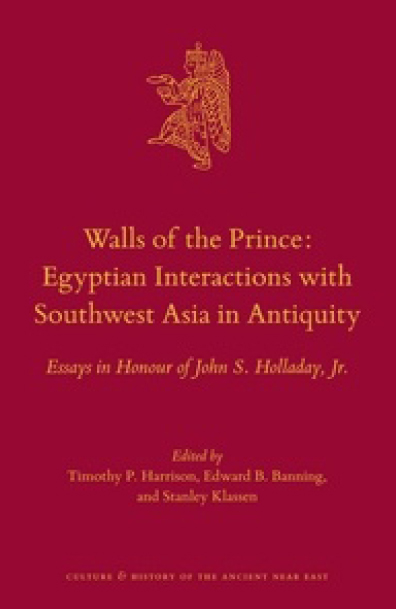 Walls of the Prince: Egyptian Interactions with Southwest Asia in Antiquity

Walls of the Prince offers a series of articles that explore Egyptian interactions with Southwest Asia during the second and first millennium BCE, including long-distance trade in the Middle Kingdom, the itinerary of Thutmose III’s great Syrian campaign, the Amman Airport structure, anthropoid coffins at Tell el-Yahudiya, Egypt’s relations with Israel in the age of Solomon, Nile perch and other trade with the southern Levant and Transjordan in the Iron Age, Saite strategy at Mezad Hashavyahu, and the concept of resident alien in Late Period Egypt. These are complemented by methodological and typological studies of data from the archaeological investigations at Tell al-Maskhuta, the Wadi Tumilat, and Mendes in the eastern Nile delta. Together, they reflect the diverse range of Professor Holladay’s long and distinguished scholarly career.