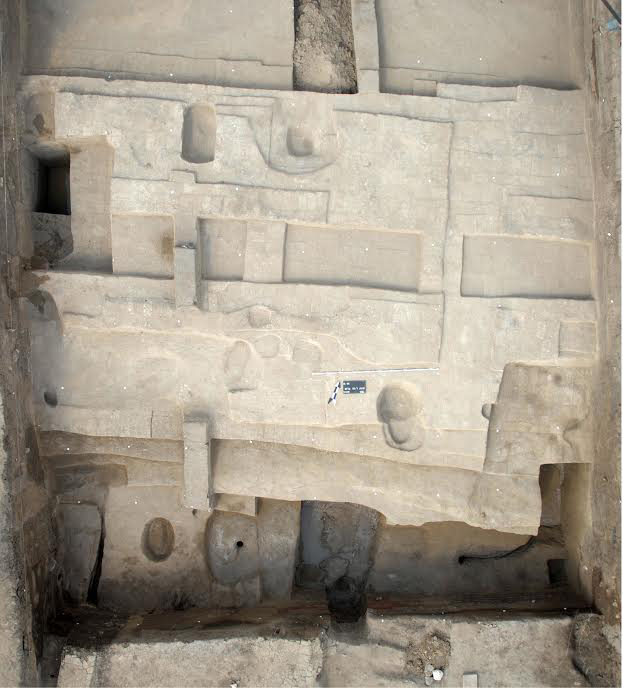 A team of experts from the Austrian Archaeological Institute has unearthed a giant fence in Tal al-Dabaa in the Sharqiya province, the Egyptian Ministry of Antiquities announced on Tuesday.

The 3,500 year old structure may have been part of the city wall of the ancient capital Avaris. The city is believed to have served as the administrative capital of the Hyksos, the western Asiatic population which occupied Egypt during its Second Intermediate Period (1650-1550 BC).

The wall is made of sandstone, it was 500 yards long and 7 yards thick.