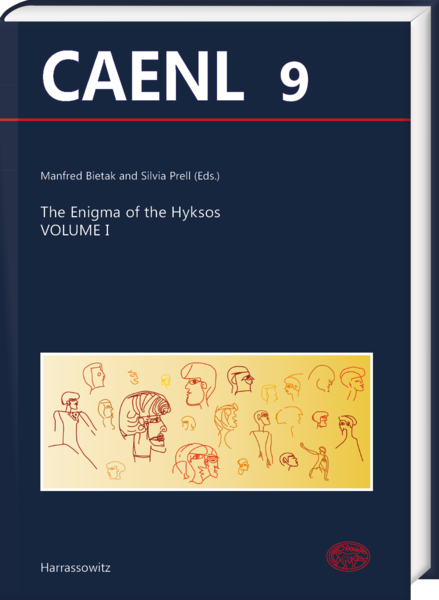 The Enigma of the Hyksos Volume I

At the end of the Early Bronze Age, people were clearly on the move, settlements were abandoned and the reasons for this phenomenon, either political, economic, ecological or social in nature, are partly still mysterious. Although differentiated regional clusters are in many cases still not easy to pinpoint, it becomes clear that the ‘Greater Levantine Area’, was, despite all differences, embedded into networks of interregional connectivity most likely sustained by trade relations.

At Tell el-Dab’a/Avaris, a major harbour town and trade centre in the Middle Bronze Age, it is not astonishing that diverse foreign contacts to different regions throughout the Levant can be established in the material culture. Concerning the origin of the inhabitants of Avaris, the current research seems to point to a provenance, at least of the elite, the ‘decision makers’, to northernmost Syria and northern Mesopotamia as shown by comparable religious and funerary concepts.

This volume comprises the collected papers of two workshops organized by the ERC Advanced Grant “The Enigma of the Hyksos” under the direction of Manfred Bietak during the ASOR Conference held in Boston in November 2017 and the ICAANE Conference held in Munich in April 2018. They specifically aimed to gain a better understanding of the Western Asiatic populations settling in the eastern Delta of Egypt from the late Middle Kingdom to the early New Kingdom. Of particular interest are their exact origins and ways of migration that can be explored by means of different comparative cultural studies as well as bio-archaeological approaches.

For more on discoveries in Avaris see here.