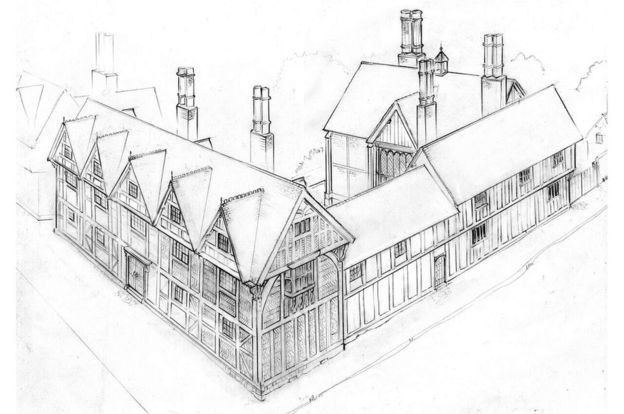 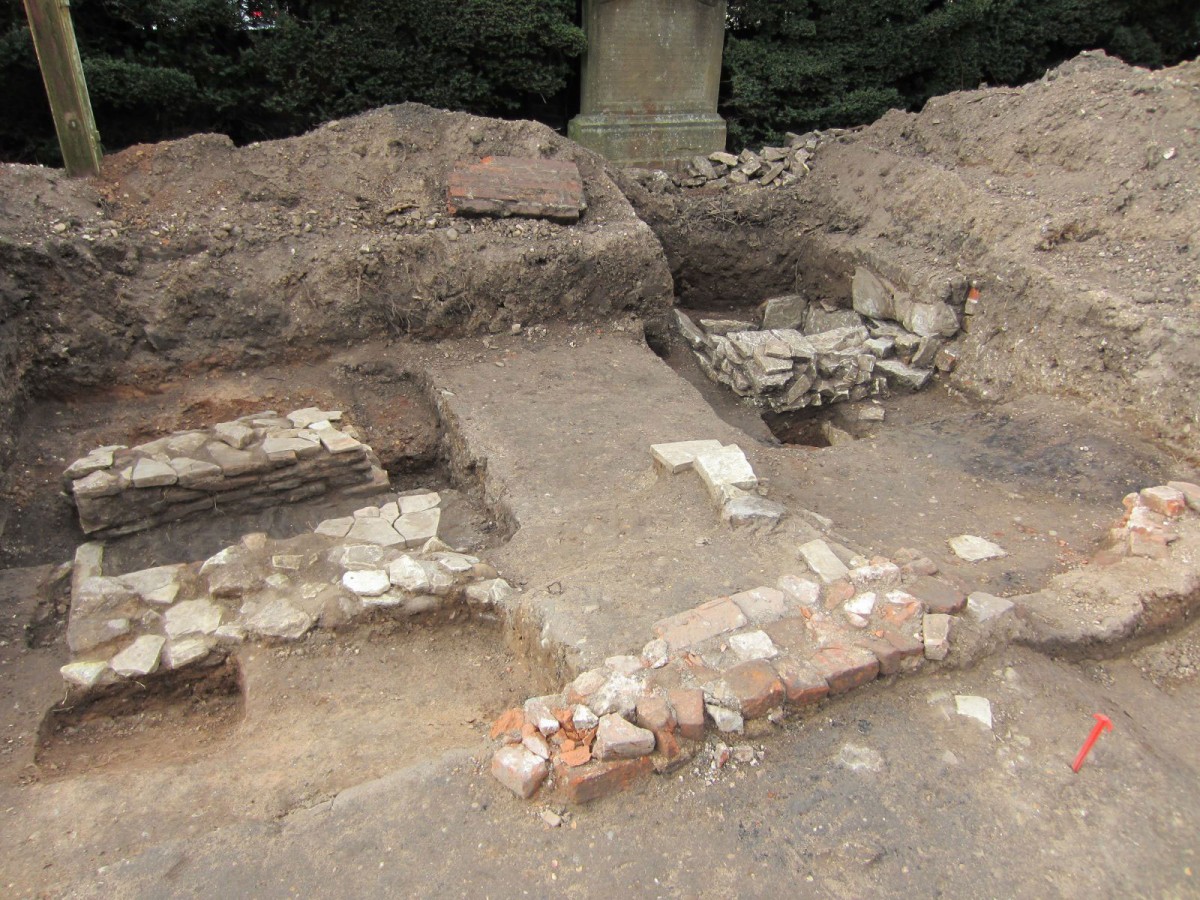 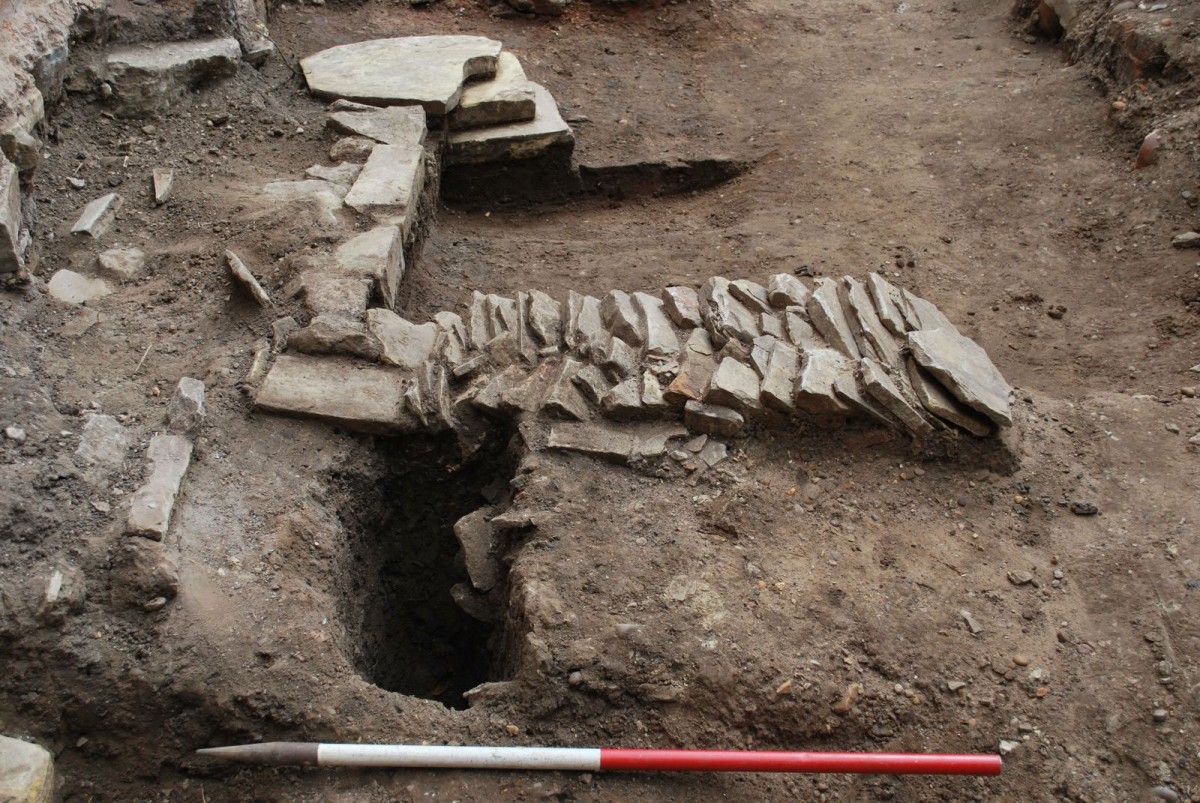 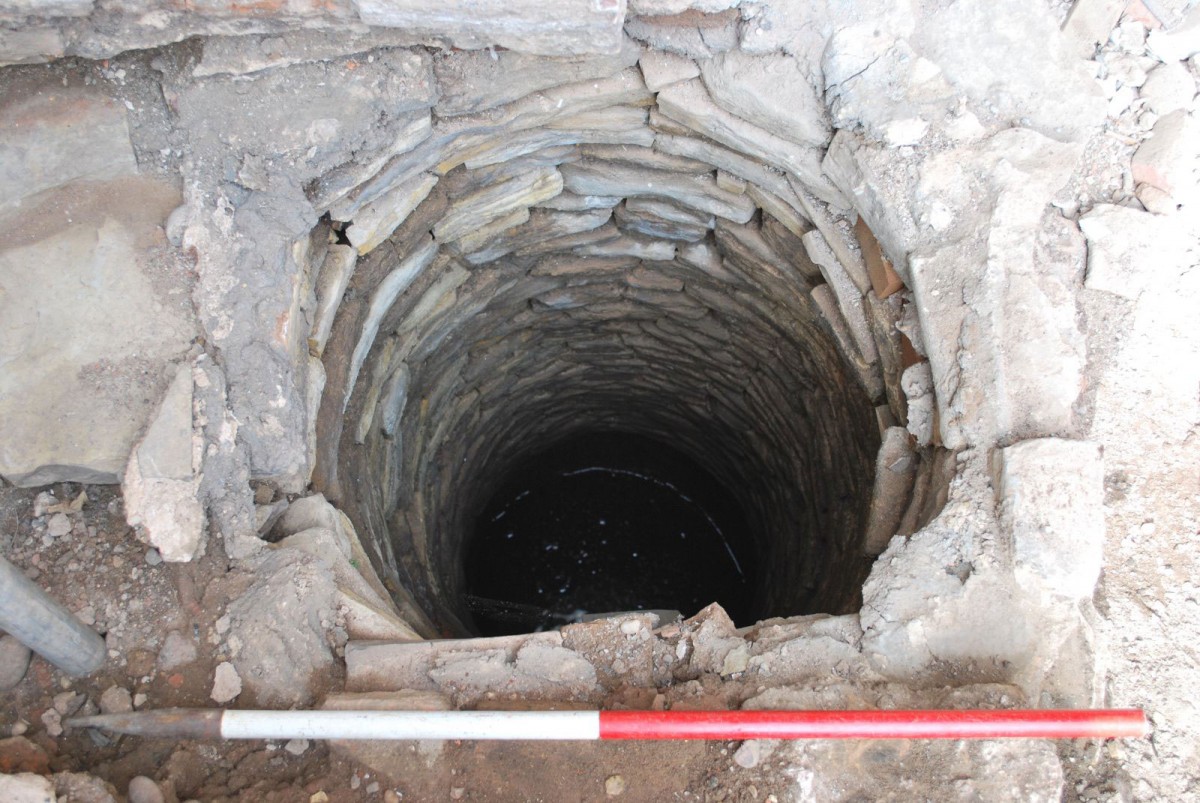 Along with kitchenware and a brewery

Shakespeare’s kitchen, including a hearth and cold storage pit, has been discovered by archaeologists digging up the playwright’s home in Stratford-upon-Avon.

New Place, which was bought by Shakespeare in 1597, was the largest single dwelling in the town.

It had a great chamber and gallery, more than 20 rooms and 10 fireplaces.

The dig, led by Staffordshire University’s Centre of Archaeology, also found evidence of a brew house.

Fragments of plates, cups and other cookware were also found at New Place, where Shakespeare lived for 19 years of his adult life.

The findings also enabled the SBT to commission new evidence-based drawings of New Place, which depict an accurate version of how the house would have looked during Shakespeare’s ownership.

Dr Paul Edmondson from the SBT, said, “Once we had uncovered the family’s oven we were able to understand how the rest of the house fitted around it.

“The discovery of the cooking areas, brew house, pantry and cold storage pit, combined with the scale of the house, all point to New Place as a working home as well as a house of high social status.

“At New Place we can catch glimpses of Shakespeare the playwright and country-town gentleman. His main task was to write and a house as impressive as New Place would have played an important part in the rhythm of his working life.”

The New Place site will be opened to the public by the SBT in the summer of 2016 as part of celebrations to mark 400 years since the dramatist’s death, and will feature rare artefacts on display for the first time.

The £5.25m project is funded by the Heritage Lottery Fund, Historic England and through public donations.