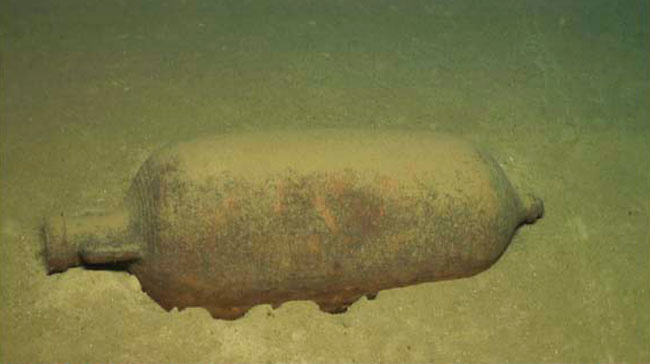 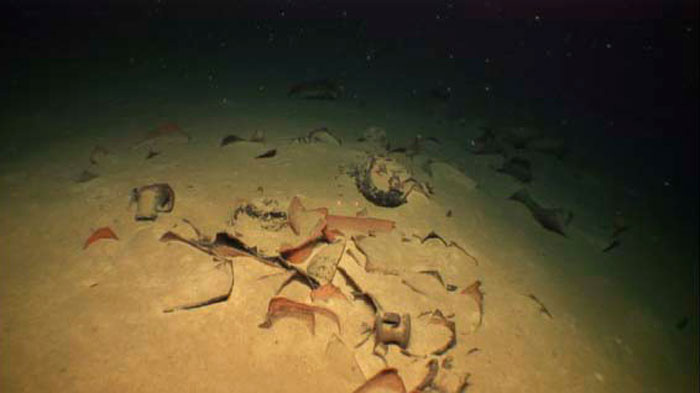 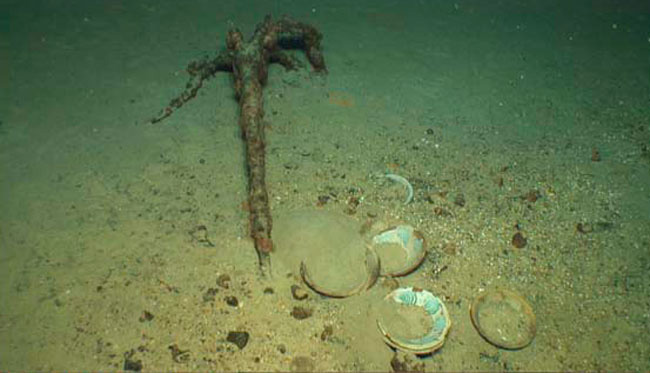 Ancient shipwrecks located thanks to Poseidon

Ancient and historic shipwrecks have been found in the framework of archaeological surveys conducted by the Ephorate of Underwater Antiquities and the Hellenic Centre for Marine Research in the sea area between Corfu and Paxoi.

More specifically, during the survey 12 targets were located and investigated. Three of them proved to be ancient, historical shipwrecks.

The first was named “Poseidon 1” and was found at 1.180 m. depth. It is a Roman-era shipwreck, dated to the 3rd century AD – according to a first evaluation. From this shipwreck, two rims of African amphorae, of different types, and a marble pot of 30 cm height were retrieved. In the filmed images of the shipwreck, one can see amphorae, cooking utensils, at least two anchors, part of the vessel’s ballast and traces of the ship’s hull.

The second shipwreck was named “Poseidon 2”. It was located at 1,375 m. depth and is very likely of the same era as Poseidon 1. In this shipwreck amphorae, plates, cooking utensils, metal objects, part of the ballast and probably the hull of the ship were located. The team did not raise any objects from “Poseidon 2”, due to the difficulty of detaching them from the muddy seabed.

The third shipwreck, “Poseidon 3”, was located at 1,260 m. depth. This one is probably dated to Modern era, perhaps to the 17th-18th century. From this ship its hull, the anchors, cooking pots, storage jars and other pottery (glazed oinochoae, plates and chytrae) have been preserved.

The archaeological survey in the area where the Greek-Italian gas pipeline POSEIDON is to be sunk, was conducted from 11th-17th May. The investigation covered 200 square kilometers (reaching a depth of 1,400 m.) up to the boundaries of the Exclusive Economic Zone with Italy. The research was conducted by the Greek oceanographic vessel Aigaio using side-scan radar and robot submarines.

This deep waters survey, conducted for the first time in Greece, in the area of northern Ionian sea, proves that vessels frequently navigated the area, even in Antiquity. The three shipwrecks found are among the oldest ancient shipwrecks in the Mediterranean. During this survey, even in these deep waters traces of nets dragged on the seabed were found, which often cause damages to undiscovered shipwrecks, and the theory that ancient shipmasters stuck to coastal routes rather than risking the open sea has been refuted.

Dr. Dim. Kourkoumelis was head of the research of the Ephorate. The contribution and cooperation of the vessel’s Aigaio crew and the scientific teams of the Hellenic Center for Marine Research has been crucial.