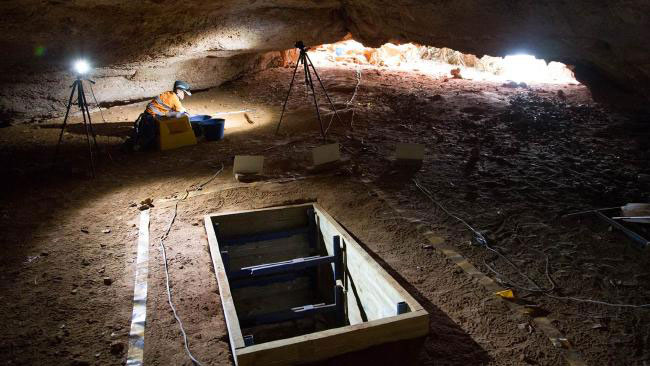 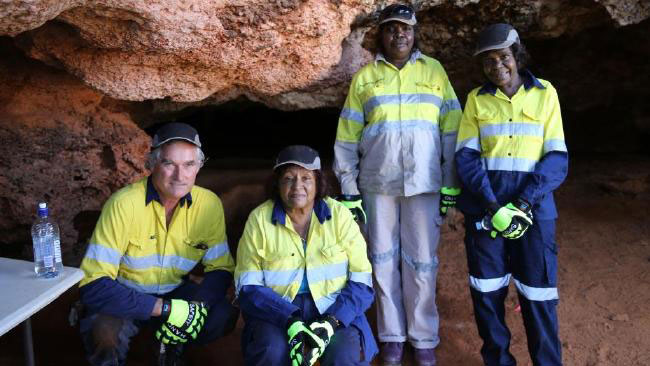 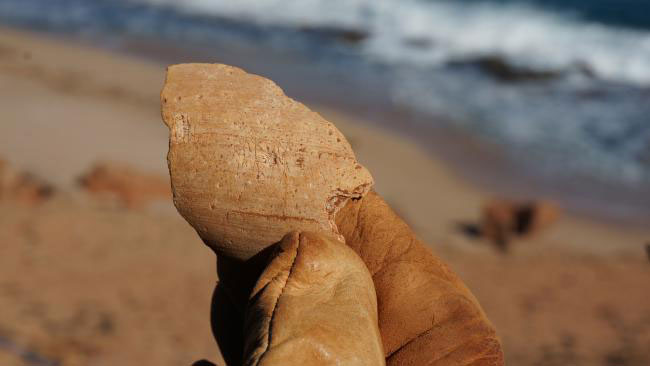 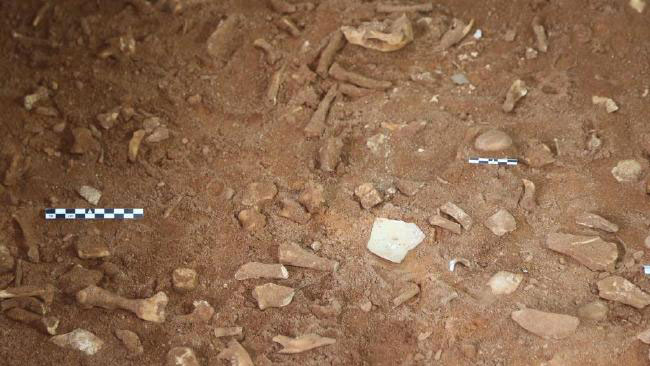 New findings move Aboriginal occupation of Australia to 50,000 years ago

Archaeologists at Boodie Cave, Barrow Island, have found evidence of humans living there thousands of years earlier than previously thought.

The people living in chambers within the cave more than 50,000 years ago were well-fed and resourceful, as stratigraphic evidence and tools found at the site indicate.

Barrow is Western Australia’s second largest island but it was not always cut away from the shore. It was once part of the coastal plain of northwest Australia, which was submerged about 7,500 years ago.

Archaeologists have discovered that the rather sterile today landscape was once fertile and full of local fauna. The remains of turtle, oyster, crocodile, porpoise, sea urchin and freshwater mussel, as well as the bones of marsupial carnivores and kangaroos, support this argument and show that the people who lived in this productive land were well-fed.

Grains mixed with fragments of shellfish meal, dating 53,000 years, found at the site have helped scientists establish the breaking of the 50,000-year barrier, as lead archaeologist and Kimberley Foundation chair in rock art from the University of Western Australia Peter Veth stated, highlighting the significance of the new dating since no hard data had been previously found for earlier than 47,000 years. ‘Therefore, 50,000 years is the earliest bona fide date of Aboriginal occupation of the continent’, he added.

Excavation teams from UWA, the University of Queensland, James Cook University and Sacramento University, with the help of Department of Parks and Wildlife officers, have unearthed evidence, digging the cave floor, that early Australians fed on marine and terrestrial life.

Tools, heating stones and other artefacts, thousands of which lie in sediment in an Oxford University laboratory, show the resourcefulness of the people inhabiting the site. Baler shells were also shaped into spoons or incised with mysterious markings.

The significance of the findings is bound to attract international interest, since the more scientists search, the earlier traces of human occupation are found.