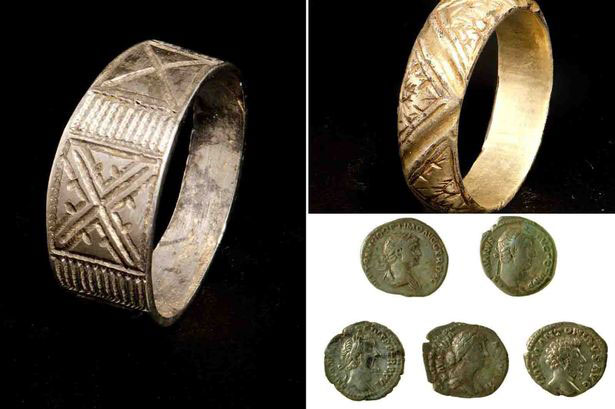 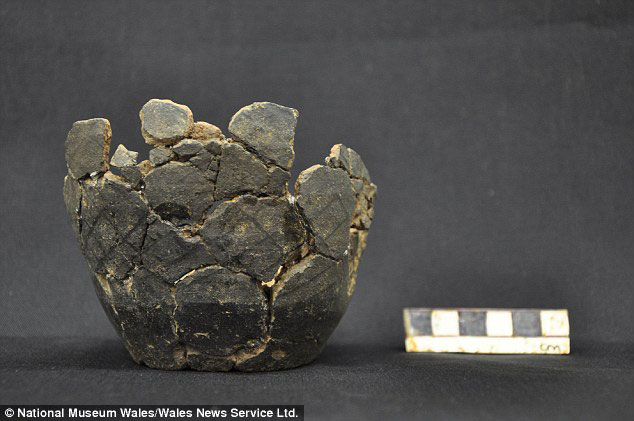 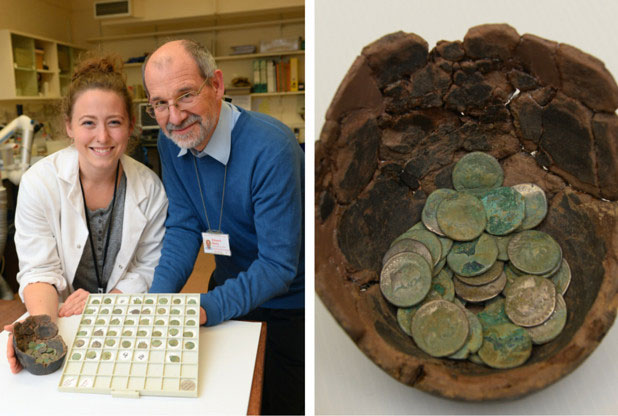 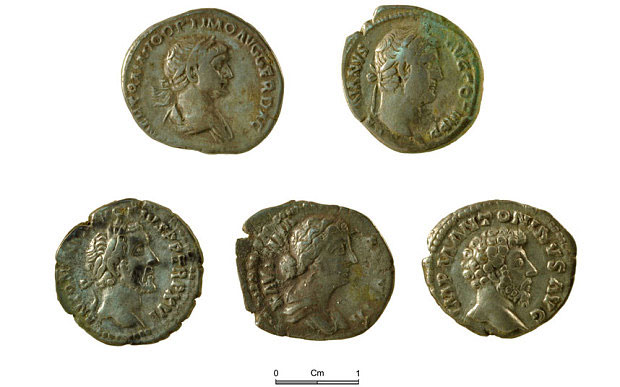 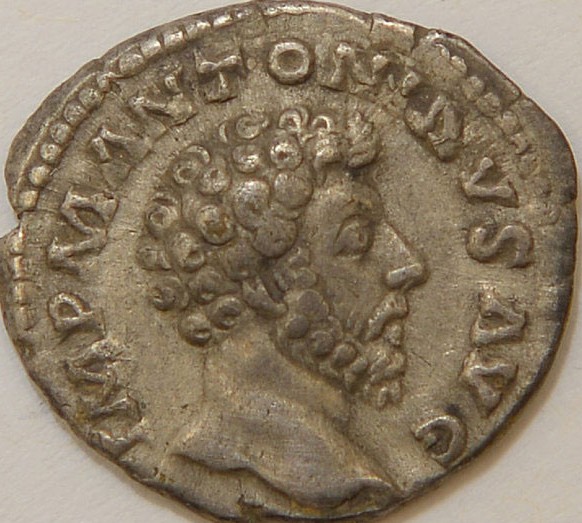 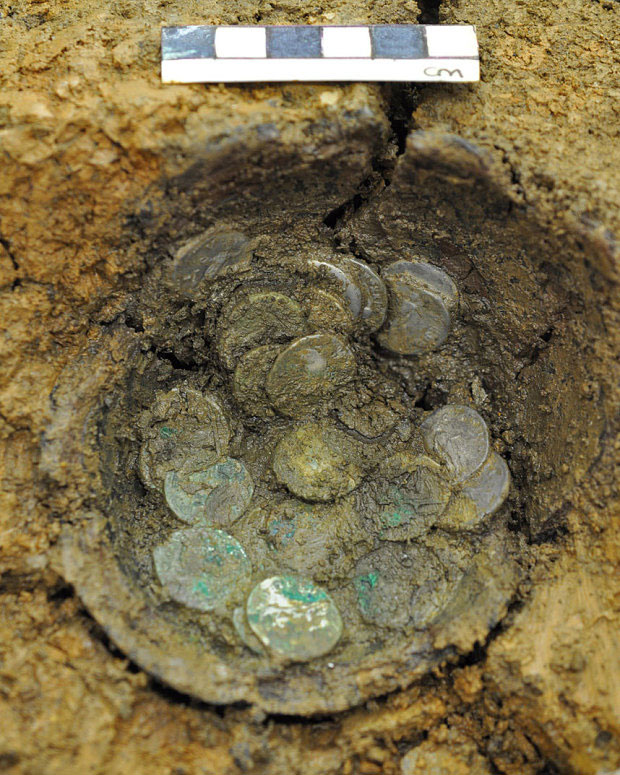 With two Medieval rings found about a mile away

Silver coins dating back nearly 2,000 years to the Roman period and two Medieval rings have been declared treasure about a year after being found in a field by walkers using metal detectors.

The coins and rings were declared treasure, among other items including a brooch and a Bronze Age hoard by saw senior coroner for Cardiff and the Vale of Glamorgan Andrew Barkley at Cardiff Coroners’ Court last week.

The Roman silver coins were discovered by Mr. Richard Annear and Mr. John Player while metal detecting in a field at the village of Wick in the Vale of Glamorgan on 13 December 2014. The coins were found partly scattered by previous ploughing and the finders left the undisturbed portion in the ground before reporting the finds to Mark Lodwick, Co-ordinator of the Portable Antiquities Scheme in Wales (PAS Cymru) and archaeological curators at Amgueddfa Cymru – National Museum Wales. This allowed museum staff to lift it intact for detailed excavation in the museum laboratory.

The find comprises 91 Roman silver denarii (coins) which were buried in a locally-made pot.  The coins date from the period of Emperor Nero (AD 54-68) to Marcus Aurelius (161-80) and the latest coin was struck in 163-4. Fourteen emperors and empresses are represented. The hoard also contained three coins issued by Mark Antony in 31 B.C., still in circulation after nearly 200 years.

“Each coin represents about a day’s pay at the time, so the hoard represents a significant sum of money.

“The hoard’s find spot is only a mile (1.6 Km) as the crow flies from that of another second century silver hoard found at Monknash in 2000, which comprised 103 denarii, buried a little earlier, around 150. Together the hoards point to a prosperous coin-using economy in the area in the middle of the second century.”

The two medieval rings were found in Llancarfan in the Vale of Glamorgan by Mr David Harrison in December 2013.

The silver finger ring in the form of a decorated band, tapering away from bezel. The decoration, which extends all along the external face, has been first engraved and then inlaid with niello (now only partially preserved, but represented by dark material in parts of the engraved design). The ring is of twelfth-century date. Parallels include one from the Lark Hill hoard, Worcester (buried c. 1173-4).

The gold decorative ring has a repeating pattern of alternating half-flowers filling triangular panels, separated by a deep zig-zag moulding and considered to be of the late fifteenth-century.

Dr Mark Redknap from the Department of History & Archaeology, National Museum Wales, said: ‘These are finger rings from different centuries – one twelfth-century and the other fifteenth-century – reflecting different traditions of fine metalworking, which are important indicators of changing fashions in south Wales during the medieval period’.