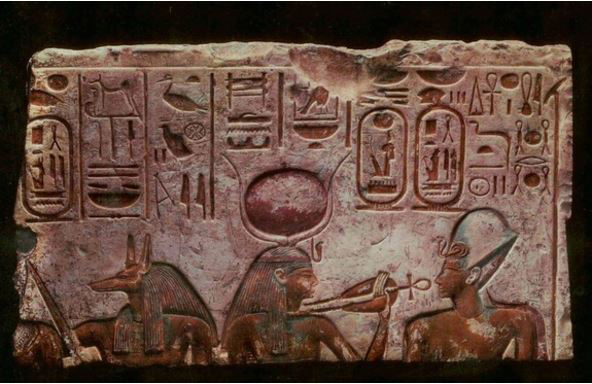 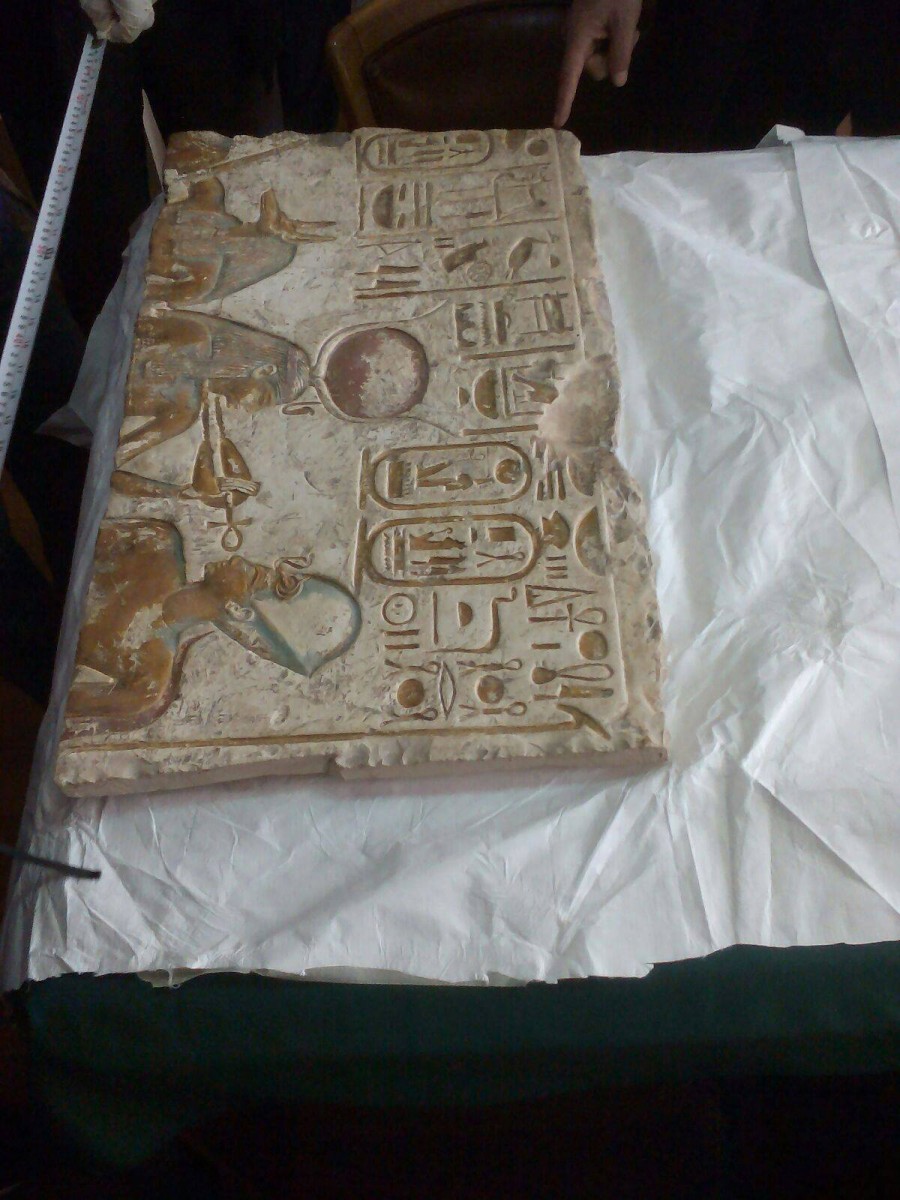 The Stela has been smuggled outside the Egyptian borders after illegal digging procedures, added Eldamaty pointing out that it will be put inside the Egyptian Museum store to be restored and maintained. The Stela then will be displayed in an exhibition the coming month (January 2016) at the Cairo museum among a number of objects that were successfully repatriated lately.

On the other hand, General Director of the Repatriated Antiquities Department, Ali Ahmad said that the limestone Stella is a mural that might be extracted from a temple. Its dimensions are 43×67 cm with sunken relief of king “Seti I” beside the goddess Hathor and the god Wepwaet and some inscriptions representing the titles of the deities of Asyut. The stela is important therefore because until now a temple of Seti I is never discovered in Asyut.

The looted limestone wall carving has been recovered from a London auction house and returned to Egypt.