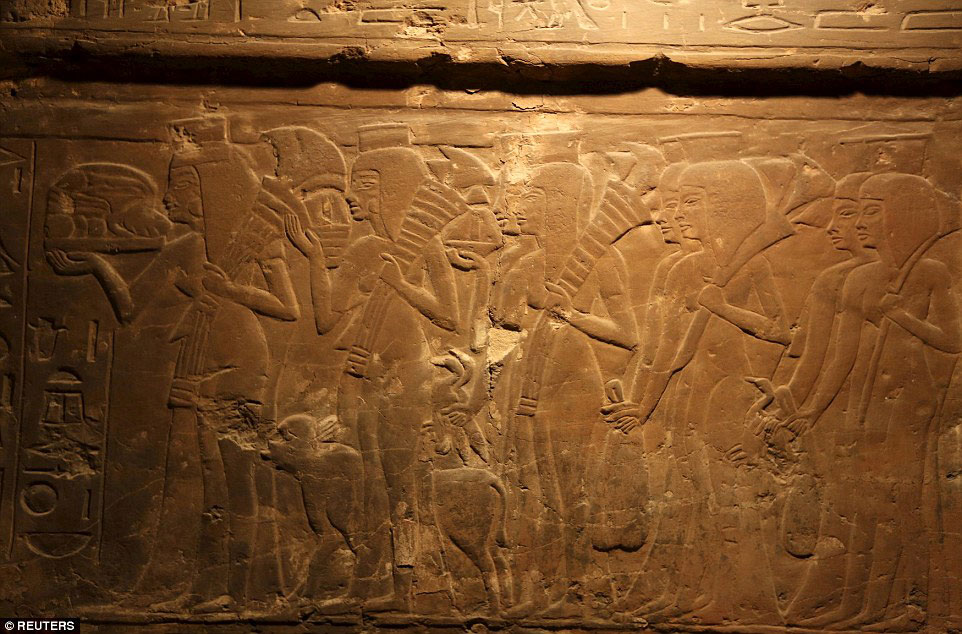 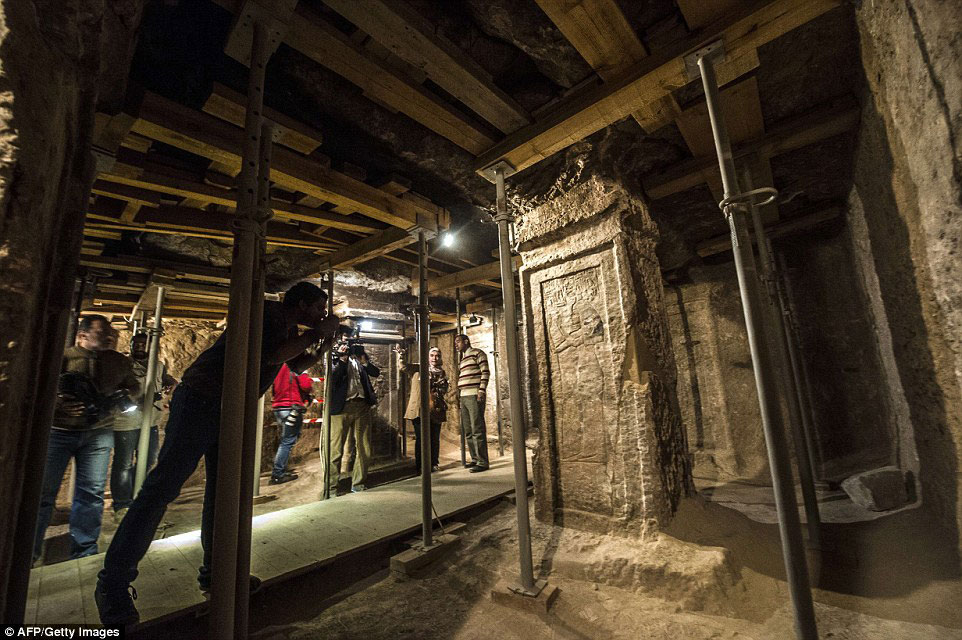 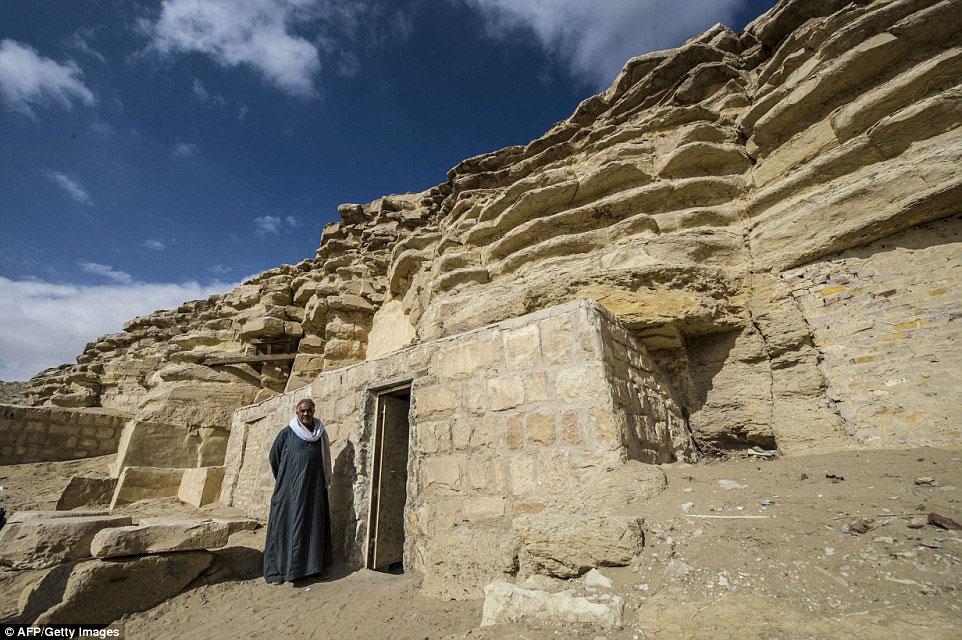 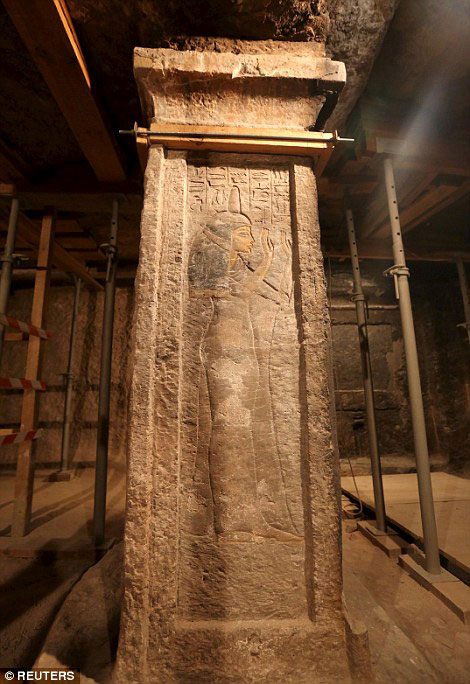 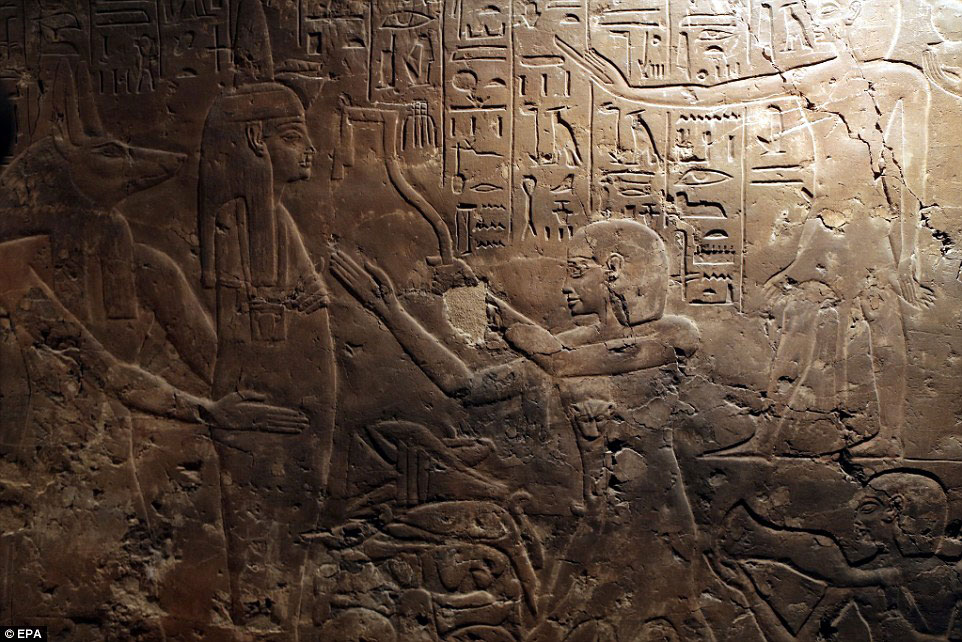 Tomb of Tutankhamun’ s wet nurse to be opened soon

Located in Bubastis site at Saqqara

Dr. Mamdouh Eldamaty declared today that the tomb of Maya, the wet nurse of King Tutankhamun which is located in Bubastis site at Saqqara will be opened soon for the first time to the public. The statement came during the Minister’s visit to the tomb on the occasion of the completion of clearance works there.

The celebration was attended by Dr. Khaled Zakarya Giza Governor, Dr. Mahmoud Afifi, Head of the Ancient Egyptian Antiquities Sector and Dr. Alain Zivie, Head of the French mission in Bubastis at Saqqara. Since 1996, the French mission has explored this unique tomb which is considered an important one, due to its relation with Tutankhamun.

Eldamaty referred to a potsherd which was found inside the tomb during the works of cleaning and preparation. On the potsherd the title “Great one of the Harim” was inscribed, so the team members tend to believe that Maya wasn’t just the private wet nurse of Tutankhamun, suggesting that she had a higher position; despite she is mostly known as “wet nurse ” of the king, she also carried the important title of “the Great one of the Harim”.

The Minister added that Maya herself may have been be King Tutankhamun’s eldest sister, known by the name of Meritaten, pointing to one scene on the royal tomb at Tell el Amarna representing the burial of Meketaten, daughter of King Akhenaten; at the same scene Meritaten appears carrying a little baby and suckling it, and this baby is suggested to be King Tutankhamun.

This hypothesis emphasizes that the coming period shall witness the revealing of more secrets and more surprises relevant to Tutankhamun, especially following the radar scanning project performed at the boy king’s tomb at the Valley of the Kings, that might lead us to discover hidden chambers related to Meritaten herself.

From his side Mahmoud Afifi, Head of the Ancient Egyptian Antiquities Sector, said that Maya’s tomb at Saqqara will soon be ready for visitors, Egyptians and foreigners, pointing to the reuse of this tomb at the Late Period and Greco-Roman Era as cats’ cemetery (when the original inscriptions and scenes were covered by stones and building materials), referring to the clearing works which removed all these remains and returned the tomb back to its original condition.