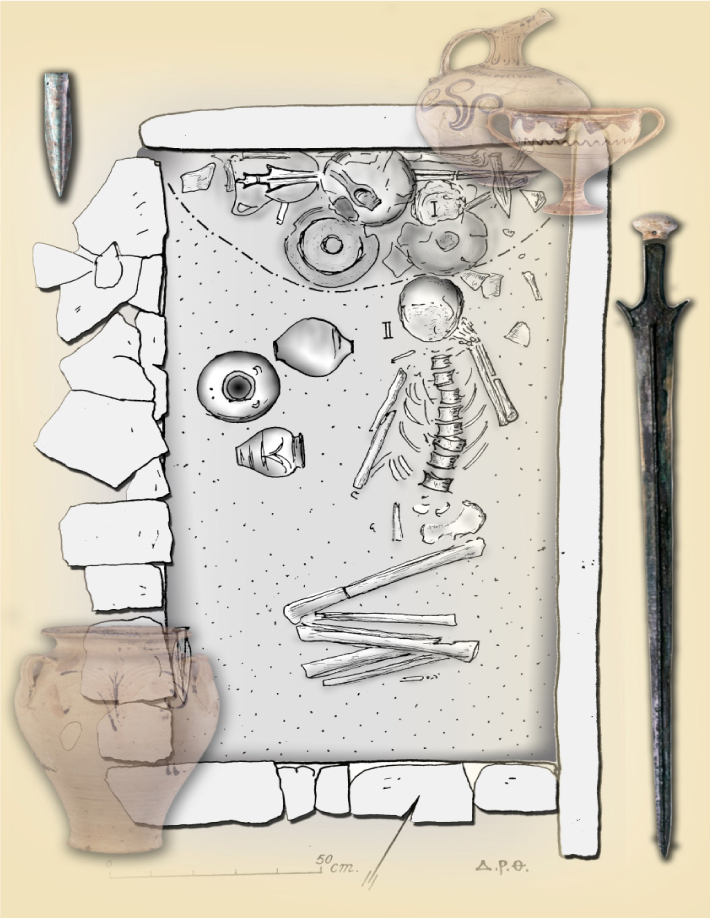 Iolkos, the northernmost Mycenaean centre in the periphery of the Mycenaean world, was first identified through the finds of the excavations conducted since 1956, at the sites of Kastro (Palia), Dimini and Pefkakia. At the site of Kastro was excavated part of the Mycenaean settlement and a large section of the cemetery. At Dimini, was uncovered an extensive and well organised Mycenaean settlement, including an administrative centre, and at Pefkakia, a seaside settlement, with commercial, workshop and even religious activities. It is now believed that these three neighbouring sites comprise what is known as Iolkos, the northernmost Mycenaean centre in Greece.

“The warrior graves and the Mycenaean presence in the area of Iolkos” will be presented by Dr Anthi Batziou, Director of the Ephorate of Antiquities of Magnesia, on January 28, 2016, at 7.00 p.m., in the Cultural Centre of the Municipality of Athens (Akadimias 50). This will be the 3rd meeting of the Mycenaean Seminar, organized by Nagia Polychronakou-Sgouritsa, Iphiyenia Tournavitou and Emilia Banou.

The cemetery of the Mycenaean settlement at the site of Kastro, in Volos, is the only properly excavated funerary site, not only in the area of Volos but also in Thessaly as a whole, as regards both the number and the early date of the graves. The geographical location of the settlement, lying at a crossroads as regards communications and trade, both with inland Thessaly and with the Aegean and various coastal areas of central and southern Greece, was a strong incentive for the early presence of Mycenaeans, as attested by the extant warrior graves. The speaker will present the excavated material from the cemetery and will discuss its chronology, as well as its idiosyncratic, local characteristics.