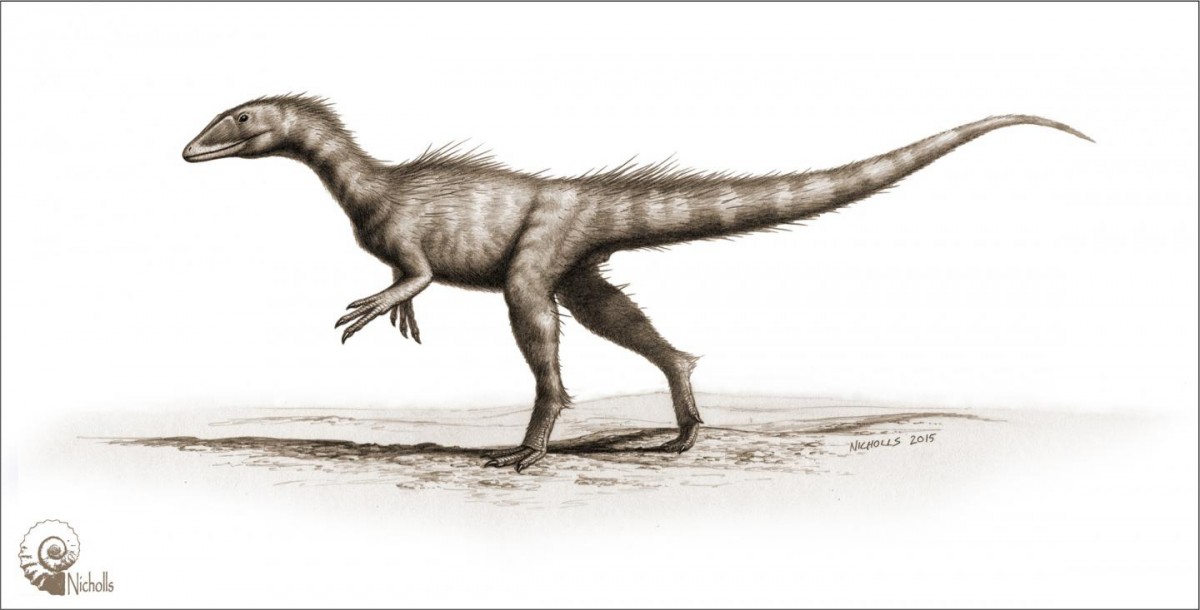 A new carnivorous dinosaur species named Dracoraptor hanigani uncovered in the south of Wales is possibly the oldest known Jurassic dinosaur from the UK, according to a study published January 20, 2016 in the open-access journal PLOS ONE by David Martill from the University of Portsmouth, England, and colleagues from National Museum Wales and University of Manchester.

The authors of this study that analyzed the dinosaur skull and bones, discovered in 2014 on a beach near Penarth, Wales, conclude it is a new species that they have named Dracoraptor hanigani. The name Dracoraptor means ‘dragon robber.’ Draco, meaning dragon, is the national symbol of Wales. The species name honors Nick and Rob Hanigan, who discovered the fossil.

From their analysis, the researchers believe this dinosaur was meat-eating, from the theropod group. They also suggested that it may have been a juvenile animal, as most of its bones were not yet fully formed or fused. Compared to its distant relative the T. rex, it appears to be a small, agile animal, probably only about 70 cm tall and about 200 cm long, with a long tail, likely to help it balance. It lived at the beginning of the Jurassic Period (201 million years ago), at the time when south Wales was a coastal region like it is today. However, at the time, the climate was much warmer, and dinosaurs were just starting to diversify. The new specimen represents the most complete theropod from Wales, and may possibly represent one of the oldest known Jurassic dinosaurs in the UK or even in the world.

Co-author Mr. Vidovic adds, “The Triassic-Jurassic extinction event is often credited for the later success of dinosaurs through the Jurassic and Cretaceous, but previously we knew very little about dinosaurs at the start of this diversification and rise to dominance. Now we have Dracoraptor, a relatively complete two meter long juvenile theropod from the very earliest days of the Jurassic in Wales.”