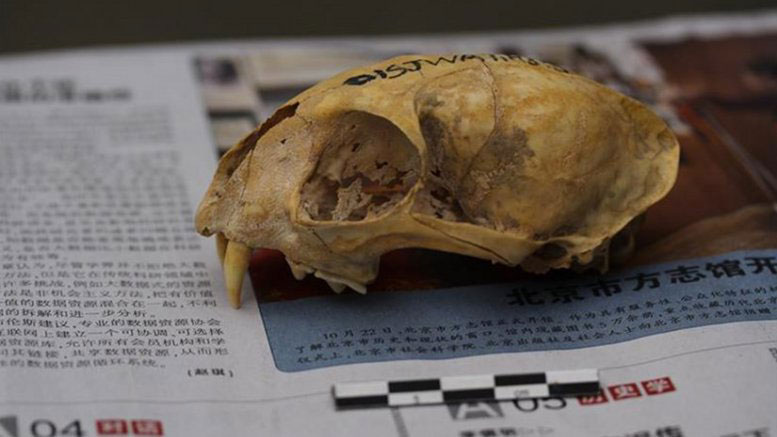 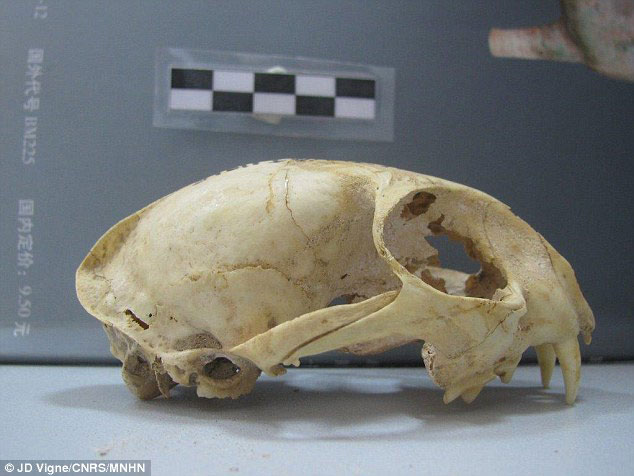 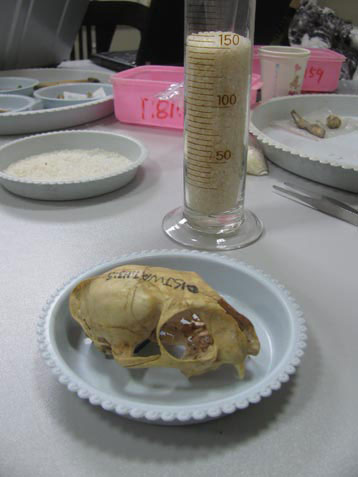 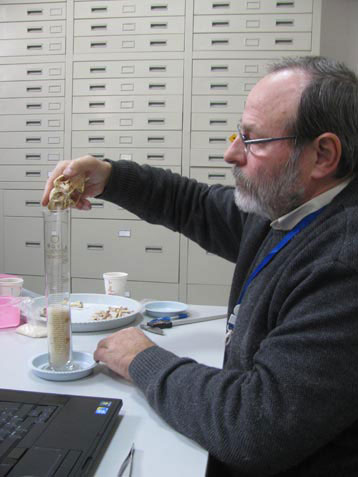 Cats domesticated in China earlier than 3000 BC

As an international scientific study has shown

Were domestic cats brought to China over 5,000 years ago? Or were small cats domesticated in China at that time? There was no way of deciding between these two hypotheses until a team from the ‘Archéozoologie, Archéobotanique: Sociétés, Pratiques et Environnements’ laboratory (CNRS/MNHN), in collaboration with colleagues from the UK and China, succeeded in determining the species corresponding to cat remains found in agricultural settlements in China, dating from around 3,500 BC. All the bones belong to the leopard cat, a distant relation of the western wildcat, from which all modern domestic cats are descended. The scientists have thus provided evidence that cats began to be domesticated in China earlier than 3,000 BC. This scenario is comparable to that which took place in the Near East and Egypt, where a relationship between humans and cats developed following the birth of agriculture. Their findings were published on 22 January 2016 in the journal PLOS ONE.

The cat is the most common domestic animal in the world today, with over 500 million individuals. All of today’s domestic cats descend from the African and Near Eastern form of the wildcat (Felis silvestris lybica). According to work published in 2004, humans and cats first started to form a close relationship in the Near East from 9,000 to 7,000 BC, following the birth of agriculture.

In 2001, researchers from the Chinese Academy of Sciences in Beijing discovered cat bones in agricultural settlements in northern China (Shaanxi province) dating from around 3,500 BC. Was this evidence of a relationship between small Chinese cats and humans in the fourth millennium BC in China? Or was it the result of the arrival in China of the first domestic cats from the Near East? There was no way of deciding between these two hypotheses without identifying the species to which the bones belonged. Although there are no less than four different forms of small cat in China, the subspecies from which modern cats are descended (Felis silvestris lybica) has never been recorded there.

To try to settle the question, a collaboration of scientists principally from CNRS, the French Natural History Museum (MNHN), the University of Aberdeen, the Chinese Academy of Social Science and the Shaanxi Provincial Institute of Archaeology undertook a geometric morphometric analysis, which, in the absence of ancient DNA, is the only way of differentiating the bones of such small cats, which have very similar morphologies whose differences are often imperceptible using conventional techniques. The scientists analyzed the mandibles of five cats from Shaanxi and Henan dating from 3,500 to 2,900 BC. Their work clearly determined that the bones all belonged to the leopard cat (Prionailurus bengalensis). Still very widespread in Eastern Asia today, this wildcat, which is a distant relation of the western wildcat (Felis silvestris lybica), is well-known for its propensity to frequent areas with a strong human presence. Just as in the Near East and Egypt, leopard cats were probably attracted into Chinese settlements by the proliferation of rodents who took advantage of grain stores.

These conclusions show that a process comparable to the one that took place in the Near East and in Egypt developed independently in China following the birth of agriculture in the eighth millennium BC. In China it was the leopard cat (P. bengalensis) and not the western wildcat (F. silvestris) that started to form a relationship with humans. Cat domestication was, at least in three regions of the world, therefore closely connected to the beginnings of agriculture.

Nevertheless, domestic cats in China today are not descended from the leopard cat but rather from its relation F. silvestris lybica. The latter therefore replaced the leopard cat in Chinese settlements after the end of the Neolithic. Did it arrive in China with the opening of the Silk Road, when the Roman and Han empires began to establish tenuous links between East and West? This is the next question that needs to be answered.