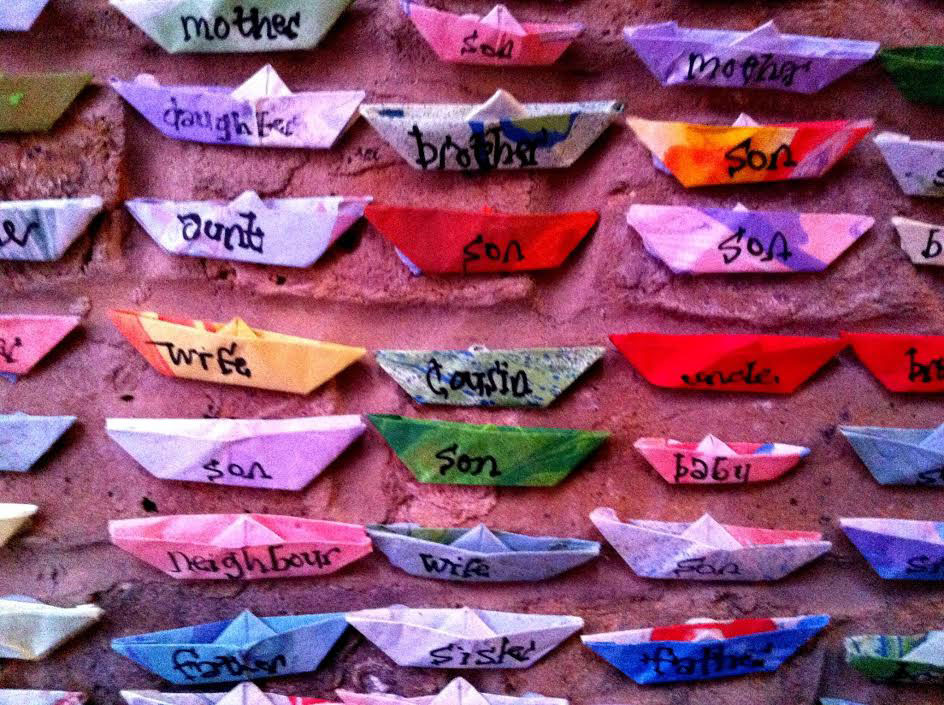 Call for contributions is now open for a special issue of the Journal of Contemporary Archaeology, which focuses on Archaeologies of forced and undocumented migration.
Guest editor is Yannis Hamilakis. The deadline for submissions is 30 June 2016.

The political philosopher Giorgio Agamben in this 1995 article, “We refugees”, elaborates on a discussion which started by Hanna Arendt in her 1943 essay with the same title; the topic is the status of the refugee today. While Arendt, however, had in mind the Jewish exiles from Nazi Germany, Agamben’s thought is haunted by the contemporary migrants to the European Union and to the west in general. Both Arendt and Agamben attempt to rescue migrants and refugees from the state of victimhood, and emphasise instead their positive and even revolutionary status, as the figures that throw into disarray the status quo of the nation-state. Migrants embody, according to them, a new kind of citizen who demands to be accepted as a human being first and foremost, and not as member of a national body, not as someone who exists because s/he is inscribed by birth and descent into a national community.

Whether one agrees or not with the above thesis, it is evident that migration today is much more than a matter of regulation, law, administration, prevention and persecution on the one hand, and a matter of compassion and active solidarity, on the other. It is first and foremost a phenomenon that holds a mirror up to western societies in modernity, posing questions about their constitution as a “civilized”, political community of national subjects, albeit one with a heritage of colonialism, racism, and national violence, as well as (elusive) aspirations of freedom and equality, at least of all members of the national community.

One way or another, forced and often undocumented migration is one of the key matters of concern for societies today. And while the topic is at the centre of attention and study in a wide range of scholarly fields, the materiality of the phenomenon and its sensorial and mnemonic dimensions are barely understood and analysed. Anthropological archaeologists and other material culture specialists, including specialists on museum and commemorative practices, can contribute immensely to a new understanding of the phenomenon. Forced and undocumented migration is a material and sensorial experience first and foremost: it is the lack of specific pieces of paper that results in an alien status, a status of non-existence as political beings; these people thus become ‘bare lives’, deprived of the right to have a ‘bios”, the life of a recognized citizen. The material possessions of undocumented migrants, the things they bring with them, are crucially important in the journey from the homeland to the country of destination: very few objects, the bare essentials, to make the journey as light as possible, and amongst them material things of emotional and mnemonic weight. And then, there are the material artefacts such as boats and dinkies, life vests, discarded rucksacks, which are today scattered all over, in regions such as the Mediterranean or the Arizona desert. In some cases, these artefacts become the subject of art projects or commemorative and museum exhibitions, and in others the raw materials for inventive initiatives, as they are transformed into useful, biographical artefacts, carrying with them the affective memory of the migration experience. Finally, there are the morbid material remnants of interrupted lives, be they shoes and clothing of those who did not make the crossing, or the anonymous and austere graves on a border island.

But even from the point of view of states and other apparatuses, it is the materialization of legality/illegality and of prevention that has become much more prominent. Borders have acquired a more visible and tactile presence than ever before in modern times; walls and fences are being erected along borderlines, and patrols are in operation in land and in sea. Furthermore, large sums of money have been devoted to creating facilities for migrants, but how does the materiality and spatial grid of these structures shape migrant experience? How do undocumented migrants maintain a sensorial and affective connection with a homeland, and how do their own things and objects, the ones they brought with them and the ones they have produced in their new home, shape their mnemonic world?

Forced and undocumented migration cannot always be expressed in words, but it can be evoked in things, in sensorial and affective experiences and gestures, in non-linguistic utterances. Or in other cases, migrants do not speak any of the languages understood in their entry or destination country, or prefer not to talk, because if they do they risk deportation to a country or region in which such language is spoken. In all these cases, materiality and sensoriality are the primary means of understanding the phenomenon.

And yet, with a one or two exceptions, such as the pioneering and highly important Undocumented Migration Project in the US-Mexican border, there are still very few attempts by archaeologists and material culture specialists to engage with the phenomenon in a politically and ethically sensitive matter.

This forum will thus explore the diverse intellectual, methodological, ethical, and political frameworks for an archaeology of forced and undocumented migration in the present, through both reflective/ideas pieces and case studies. We invite short contributions from archaeologists, anthropologists, other specialists, artists, activists, including by migrants themselves, in different media (text-based essays of c. 1000-3000 words, photographic and photo-poetic essays, poetry, drawings, cartoons, sound-installations, other artwork), addressing some of the questions below:

-How can we record, explore, and understand the materiality of the experience of forced and undocumented migration today, in its diverse forms?

-How can we communicate such work to scholars and to various publics?

-What kind of theoretical and methodological stances can we deploy, avoiding the instrumentalisation of the phenomenon for purely academic purposes, and the aestheticisation of an often painful and tragic experience?

Contributions will be peer reviewed, and multi-media submissions will be publicised on the journal website. For author guidelines see: https://journals.equinoxpub.com/index.php/JCA