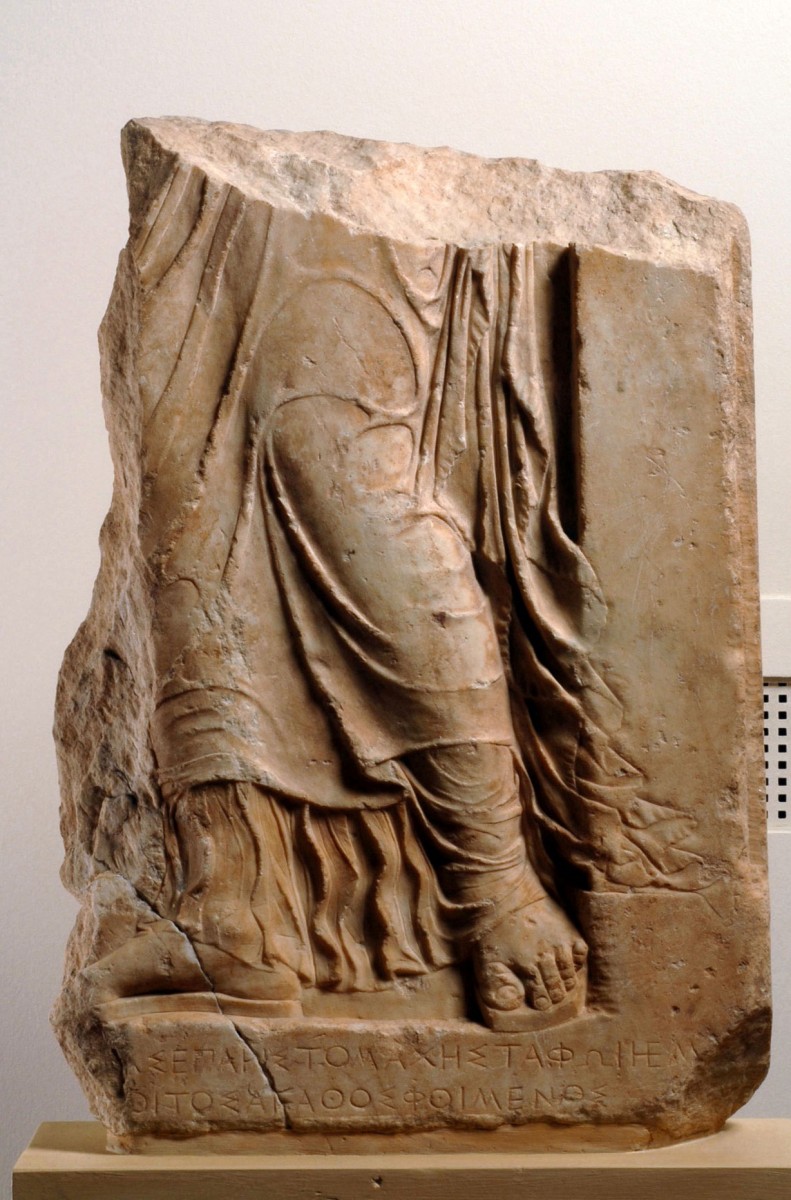 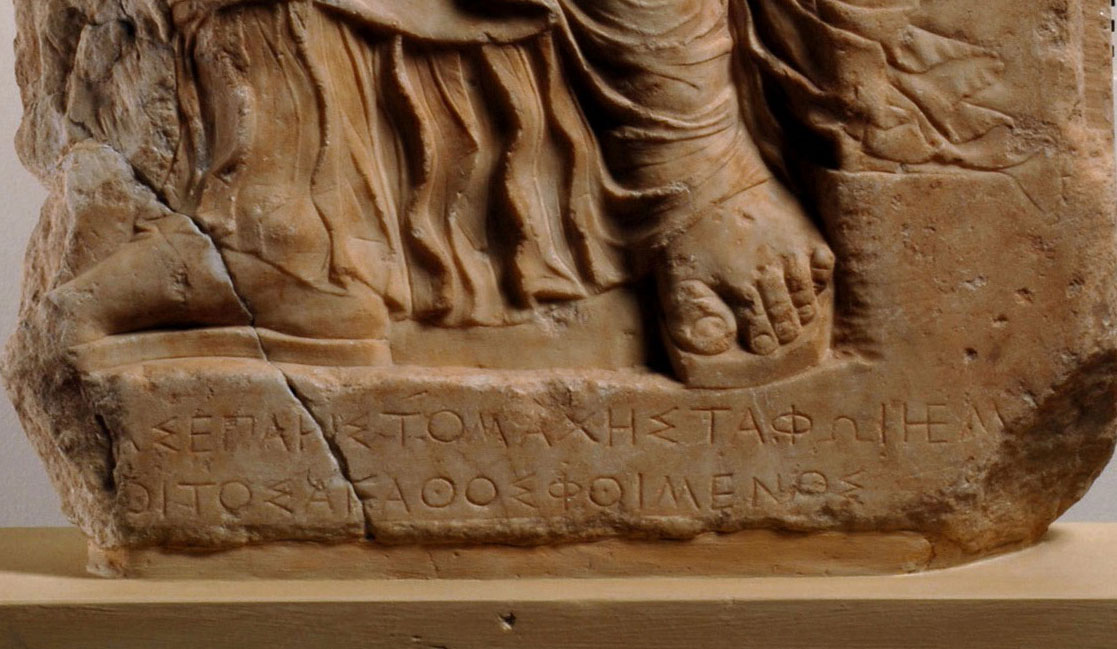 The grave stele of Aristomache

The following text is based on a presentation by NAM archaeologist of the Sculpture Collection Dr Maria Salta. The presented artefact is the grave stele of Aristomache. It is exhibited in hall 16 of the Museum.

“The grave stele of Aristomache was found in 1891 in Athens, in Athinas street, at the Acharnian Gate. It is dated back to c. 420 BC”

“Only the lower right part of this initially big stele is preserved. It is shaped like a small temple. The lower part of a young woman’s body is depicted, conveying an intense movement to the left. The woman is wearing a windswept himation over a chiton. At her naked feet she is wearing sandals. The style of the artefact echoes the works of the famous Parian sculptor Agorakritos, from whom the artist of the stele was influenced.

“At the lower part of the stele there is a fragmentarily preserved epigram, through which the monument speaks in the first person to the spectator, saying it was erected as a sign of piety at the grave of Aristomache and expressing a wish:

[Clairmont 1971, 73 translates this as follows: “I stand here on the tomb of Aristomache [as a memorial of her piety; would that Hermes might bring back] the good who have died.”]

As Mrs. Salta points out, in the epigram of Aristomache with the use of the word “αγαθός” a new moral value is expressed related to a woman and not the war bravery or some other virtue of the good citizen, thus beyond the narrow boundaries of the city.