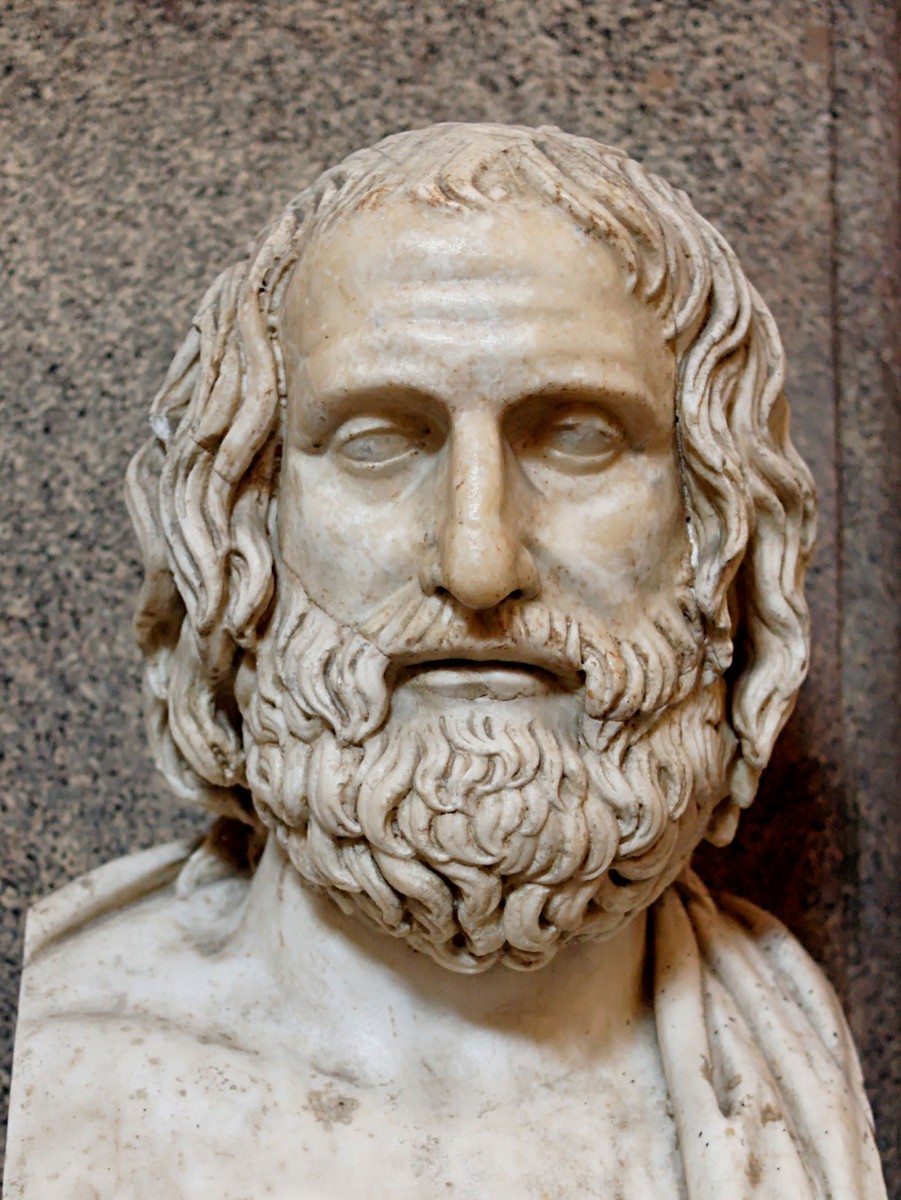 Atheism is as natural to humans as religion, ancient history suggests

The central position in "Battling The Gods" by Tim Whitmarsh

People in the ancient world did not always believe in the gods, a new study suggests – casting doubt on the idea that religious belief is a “default setting” for humans.

Despite being written out of large parts of history, atheists thrived in the polytheistic societies of the ancient world – raising considerable doubts about whether humans really are “wired” for religion – a new study suggests.

The claim is the central proposition of a new book by Tim Whitmarsh, Professor of Greek Culture and a Fellow of St John’s College, University of Cambridge: Battling The Gods. In it, he suggests that atheism – which is typically seen as a modern phenomenon – was not just common in ancient Greece and pre-Christian Rome, but probably flourished more in those societies than in most civilisations since.

As a result, the study challenges two assumptions that prop up current debates between atheists and believers: Firstly, the idea that atheism is a modern point of view, and second, the idea of “religious universalism” – that humans are naturally predisposed, or “wired”, to believe in gods.

“We tend to see atheism as an idea that has only recently emerged in secular Western societies,” Whitmarsh said. “The rhetoric used to describe it is hyper-modern. In fact, early societies were far more capable than many since of containing atheism within the spectrum of what they considered normal.”

“Rather than making judgements based on scientific reason, these early atheists were making what seem to be universal objections about the paradoxical nature of religion – the fact that it asks you to accept things that aren’t intuitively there in your world. The fact that this was happening thousands of years ago suggests that forms of disbelief can exist in all cultures, and probably always have.”

The book argues that disbelief is actually “as old as the hills”. Early examples, such as the atheistic writings of Xenophanes of Colophon (c.570-475 BCE) are contemporary with Second Temple-era Judaism, and significantly predate Christianity and Islam. Even Plato, writing in the 4th Century BCE, said that contemporary non-believers were “not the first to have had this view about the gods.”

Because atheism’s ancient history has largely gone unwritten, however, Whitmarsh suggests that it is also absent from both sides of the current monotheist/atheist debate.  While atheists depict religion as something from an earlier, more primitive stage of human development, the idea of religious universalism is also built partly on the notion that early societies were religious by nature because to believe in god is an inherent, “default setting” for humans.

Neither perspective is true, Whitmarsh suggests: “Believers talk about atheism as if it’s a pathology of a particularly odd phase of modern Western culture that will pass, but if you ask someone to think hard, clearly people also thought this way in antiquity.”

His book surveys one thousand years of ancient history to prove the point, teasing out the various forms of disbelief expressed by philosophical movements, writers and public figures.

These were made possible in particular by the fundamental diversity of polytheistic Greek societies. Between 650 and 323 BCE, Greece had an estimated 1,200 separate city states, each with its own customs, traditions and governance. Religion expressed this variety, as a matter of private cults, village rituals and city festivals dedicated to numerous divine entities.

This meant that there was no such thing as religious orthodoxy. The closest the Greeks got to a unifying sacred text were Homer’s epics, which offered no coherent moral vision of the gods, and indeed often portrayed them as immoral. Similarly, there was no specialised clergy telling people how to live: “The idea of a priest telling you what to do was alien to the Greek world,” Whitmarsh said.

As a result, while some people viewed atheism as mistaken, it was rarely seen as morally wrong. In fact, it was usually tolerated as one of a number of viewpoints that people could adopt on the subject of the gods. Only occasionally was it actively legislated against, such as in Athens during the 5th Century BCE, when Socrates was executed for “not recognising the gods of the city.”

While atheism came in various shapes and sizes, Whitmarsh also argues that there were strong continuities across the generations. Ancient atheists struggled with fundamentals that many people still question today – such as how to deal with the problem of evil, and how to explain aspects of religion which seem implausible.

These themes extend from the work of early thinkers – like Anaximander and Anaximenes, who tried to explain why phenomena such as thunder and earthquakes actually had nothing to do with the gods – through to famous writers like Euripides, whose plays openly criticised divine causality. Perhaps the most famous group of atheists in the ancient world, the Epicureans, argued that there was no such thing as predestination and rejected the idea that the gods had any control over human life.

The age of ancient atheism ended, Whitmarsh suggests, because the polytheistic societies that generally tolerated it were replaced by monotheistic imperial forces that demanded an acceptance of one, “true” God. Rome’s adoption of Christianity in the 4th Century CE was, he says, “seismic”, because it used religious absolutism to hold the Empire together.

Most of the later Roman Empire’s ideological energy was expended fighting supposedly heretical beliefs – often other forms of Christianity. In a decree of 380, Emperor Theodosius I even drew a distinction between Catholics, and everyone else – whom he classed as dementes vesanosque (“demented lunatics”). Such rulings left no room for disbelief.

Whitmarsh stresses that his study is not designed to prove, or disprove, the truth of atheism itself. On the book’s first page, however, he adds: “I do, however, have a strong conviction – that has hardened in the course of researching and writing this book – that cultural and religious pluralism, and free debate, are indispensable to the good life.”

Battling The Gods is published by Faber and Faber. Tim Whitmarsh is A G Leventis Professor of Greek Culture and a Fellow of St John’s College, University of Cambridge.