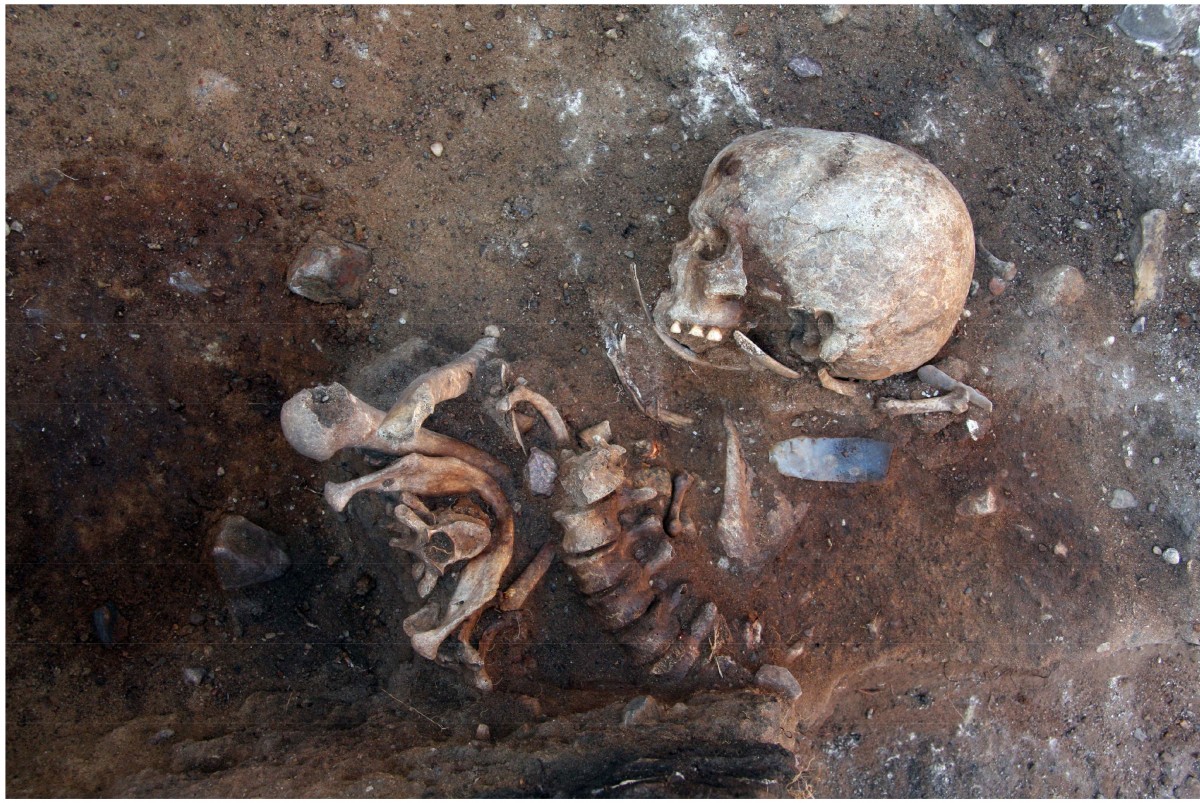 At a Mesolithic cemetery

Archaeologists in Germany have uncovered the remains of a man buried in an upright position at a Mesolithic Era site. The discovery was made near the village of Groß Fredenwalde, at a site considered one of the first cemeteries in Europe. Located about 50 miles north of Berlin, it is one of the first actual cemeteries in Europe and is evidence of a more stable way of life among hunter-gatherers and fishermen from approximately 6,400 to 500 BC.

Nine skeletons have been excavated, five of which were children up to 6 years old at the time they died and one an 8,400-years-old skeleton of an infant, about 6 months old, buried with arms folded across the chest.

The vertical burial is unique in central Europe. The man was buried in an upright position with the use of sand filling the pit to a level above his knees, while the body was leaning against the wall of the grave. The pit, was probably 5 feet deep. The upper part of the body was left exposed to decay and was probably picked at by scavengers. After some time, when the remains of the upper body fell apart, the grave was filled and sealed with a fire.

This special treatment, however, was not a punishment of sorts. Grave goods indicate that this was perhaps an honourable burial.

Excavation director, Thomas Terberger, at the Lower Saxony Department of Historic Preservation, said that the upright-buried skeleton is without any parallel in central Europe. Also, the other uniquely preserved skeletons are a rare find. Especially the infant, since usually the tender bones do not survive at such a state. Researchers now hope to perform isotope analyses and retrieve data on people’s diet and DNA, mapping the genome of the last hunter-gatherers in Brandenburg during the transition to farming.

The findings and study of the vertical burial have been published in the journal Quaternary.