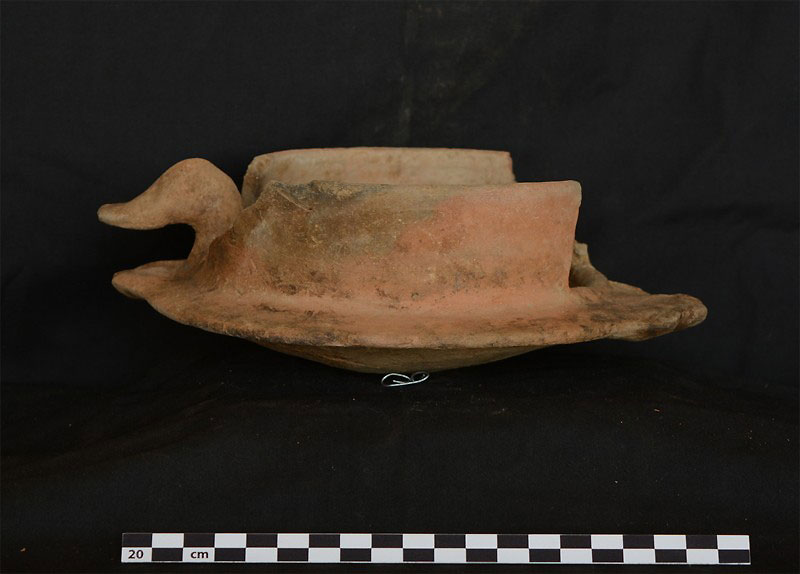 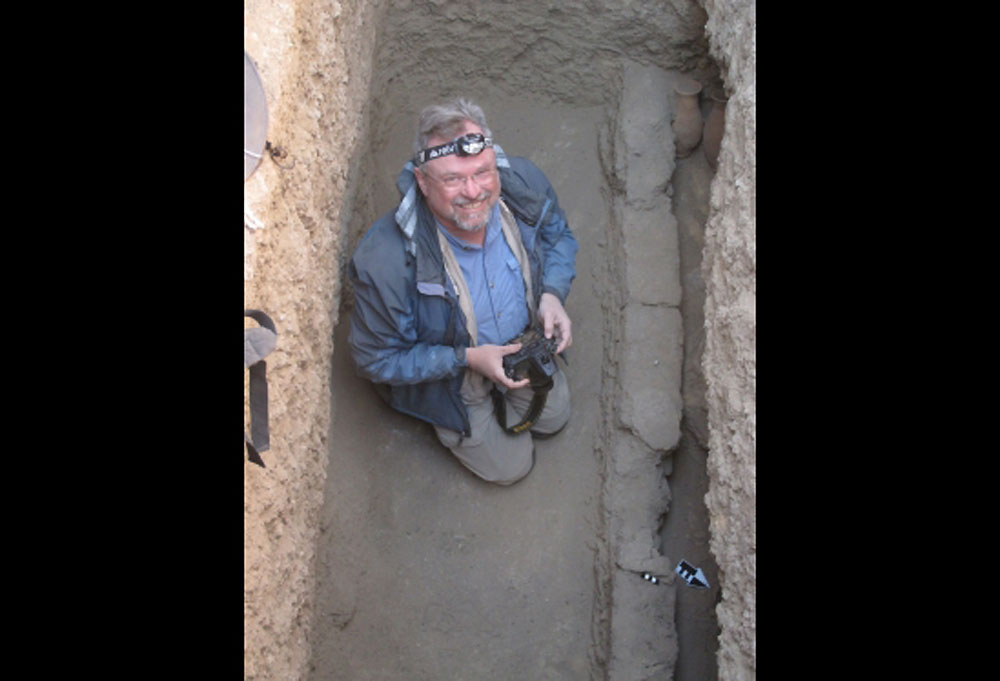 When Egypt met Nubia in Tombos

Egyptian and Nubian funerary customs are combined in the site's cemeteries

When Egypt met Nubia in Tombos. This is what research is all about in the ancient Northern Sudanese site, where archaeologists have revealed a large number of tombs representing funerary customs of Egyptian and Nubian cultures.

In a middle-class tomb just east of the Nile River in what was Upper Nubia, a woman offers a glimpse of how two civilizations met, mingled and a new pharaonic dynasty arose. Her tomb was Egyptian, but she was buried in the Nubian style — placed in a flexed position on her side and resting on a bed. Around her neck she wore amulets of the Egyptian god Bes, the protector of households.

The Nubian woman is, according to Stuart Tyson Smith, a professor of archaeology and chair of the Department of Anthropology at UC Santa Barbara, a prime example of “cultural entanglement,” the process by which colonizing powers and indigenous people influence one another and change over time.

In a paper published in American Anthropologist, Michele Buzon of Purdue University and Smith explore cultural identity and transformation in the ancient village of Tombos in what is now northern Sudan. “Entanglement and the Formation of Ancient Nubian Napatan State” details the findings from Smith and Buzon’s excavations of cemeteries in Tombos, which became an important colonial hub after the Egyptians conquered Nubia around 1500 BCE.

Smith and Buzon, an associate professor of anthropology whose focus is bioarchaeology, are in their second year of excavations at Tombos as part of a three-year National Science Foundation (NSF) grant. Earlier fieldwork at the site was funded by a previous NSF grant and grants from the National Geographic Society, the Schiff-Giorgini Foundation, the Brennan Foundation and private donations. Their excavations are centered in graves from the New Kingdom (c. 1550-1070 BCE) and the Third Intermediate Period (c. 1070-615 BCE).

By measuring craniofacial features, Buzon is able to establish biological relationships and mixing between Nubians and Egyptians at Tombos. By analyzing skeletons, burial practices and contents of the graves, Smith and Buzon have been able to piece together a period of shifting cultural identities that led to the Nubian conquest of Egypt and the 25th Dynasty of Egypt (Napatan Period c. 750-650). Indeed, the shift was so complete the Nubians presented themselves as more culturally authentic Egyptian than the rulers they overthrew.

“We’re looking at the social dynamic from which those Nubian pharaohs emerged,” Smith explained, “and how that blended culture might have contributed to the cultural dynamic that allowed the pharaohs to come in, not just as conquerors, but as the legitimate restorers of the proper order of things in a decadent time. That’s exactly how they presented it.”

Smith and Buzon’s work also upends much conventional thinking about the dynamics of conquest. The graves of Tombos show that rather than the Egyptians simply imposing their will on the Nubians, which Smith calls “the old model,” cultural entanglement was a much more potent force shaping both cultures. Intermarriage and cultural pluralism in colonial Nubia gave rise to a new identity and the development of the Nubian pharaohs.

“What we’re looking at is a more nuanced model of Egyptian and Nubian culture entangling, and how individual choices drive this kind of ethnic and cultural change, and ultimately enable these Nubian pharaohs to take over,” Smith said. “The local people, and the colonists coming from Egypt who become locals over time, are driving the trajectory of the civilization as much as larger policies of colonial Egypt or, later on, these emerging pharaohs. That goes over very well with the local population. They like that idea. It’s not just Egypt imprinting their culture on Nubia; the local people are really influencing things and making it possible for the Nubians to eventually rule Egypt.”