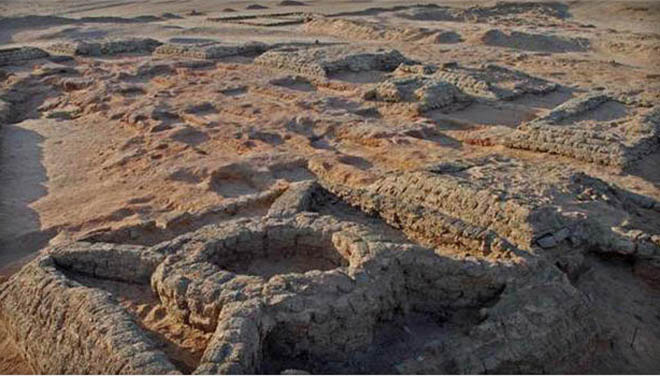 There was more social equality in Sudan 2,000 years ago than it is now. This is the general idea coming from the study of a number of pyramids recently unearthed in Egypt’s southern neighbour.

“Pyramids were so fashionable that everybody that could afford to build one, did,” says archaeologist Claude Rilly, referring to the latter part of the Meroe kingdom, around 100-200 AD.

Rilly is the director of a French team excavating at Sedeinga, about 200 kilometres (120 miles) from the Egyptian border. During the three years of their work on the site, the team has unearthed 35 pyramids that not only emphasise the contrast between the two ancient cultures of Egypt and Sudan but also of the social conditions in ancient and modern Sudan.

Unlike Egypt, where pyramids were commissioned by royalty for royalty, in Sudan, pyramids were affordable. “So we have really a kind of inflation, what I call a democratisation of the pyramid which is without equivalent anywhere, especially in Egypt”, says Rilly.

Sudanese royalty also got their pyramids, but later so did many other lesser souls, said the 53-year-old archeologist, who began studying hieroglyphics when he was only seven. “It reached layers of the population which have never been concerned by building of pyramids in Egypt,” Rilly said. “This is really something new, which we didn’t expect.”

The pyramids at Sedeinga are located in a necropolis of about 40 hectares (99 acres) that is thought to hold more than 1,000 tombs. Pyramids made of mud-brick -a relatively cheap material- are built so close together, typically in a circular pattern, that there isn’t enough room to squeeze between them.The structures come in various sizes, with some no more than a metre (yard) high. That means that a large amound of people could afford to build a pyramid as they had access to the material and the workforce needed to plan and construct one- larger or smaller, according to what the commissioner could provide. Still, there were people poor enough not to construct pyramids, who were placed in pits surrounding the monuments.

Despite the large number of pyramids recently unearthed, little has been found inside because of plundering by tomb raiders, both ancient and modern. But the robbers missed one tomb that has yielded “a rich site” for archaeologists — the skeleton of a child buried with four decorative collars and anklets of bronze. The youngster was four or five years old “and we wondered why they took so much precaution to bury a young child like that,” said Rilly.

Egypt occupied northern Sudan (or Nubia as it is known) for about 500 years until roughly 1,000 BC but its cultural influence faded during the 700-year reign of the Meroe kingdom from about 350 BC. Still, the ancient Nubians had continued to express culturally using forms stemming by Egyptian culture which they interpreted in their own unique way. Apart from pyramids, the Meroitic script -found also in inscriptions from Sedeinga- derives also from Egyptian hieroglyphs, while Egyptian gods were also worshipped in the Meroe kingdom.

They couldn t do differently; Egyptian monuments, remnants of the country’s Egyptian past, were abundant . Sedeinga itself was home to a temple commissioned by Pharaoh Amenhotep III to honour his wife, Tiye, as a manifestation of the goddess Isis. Although little survives from the temple now, parts of it are found reused in Meroitic monuments.

Studying the Meroitic inscriptions from Sedeinga, Rilly says that this part of the necropolis held a lot of women, many were priestesses of Isis. In one of those female tombs late last year Rilly himself found a sandstone slab bearing an image of the main Egyptian god Amun. It had originally been part of a wall in Queen Tiye’s temple, and is the only entirely preserved divine figure to have been recovered. Finds like this are rapidly advancing knowledge about the ancestors of today’s Sudanese, said Rilly, who is hopeful of more revelations.