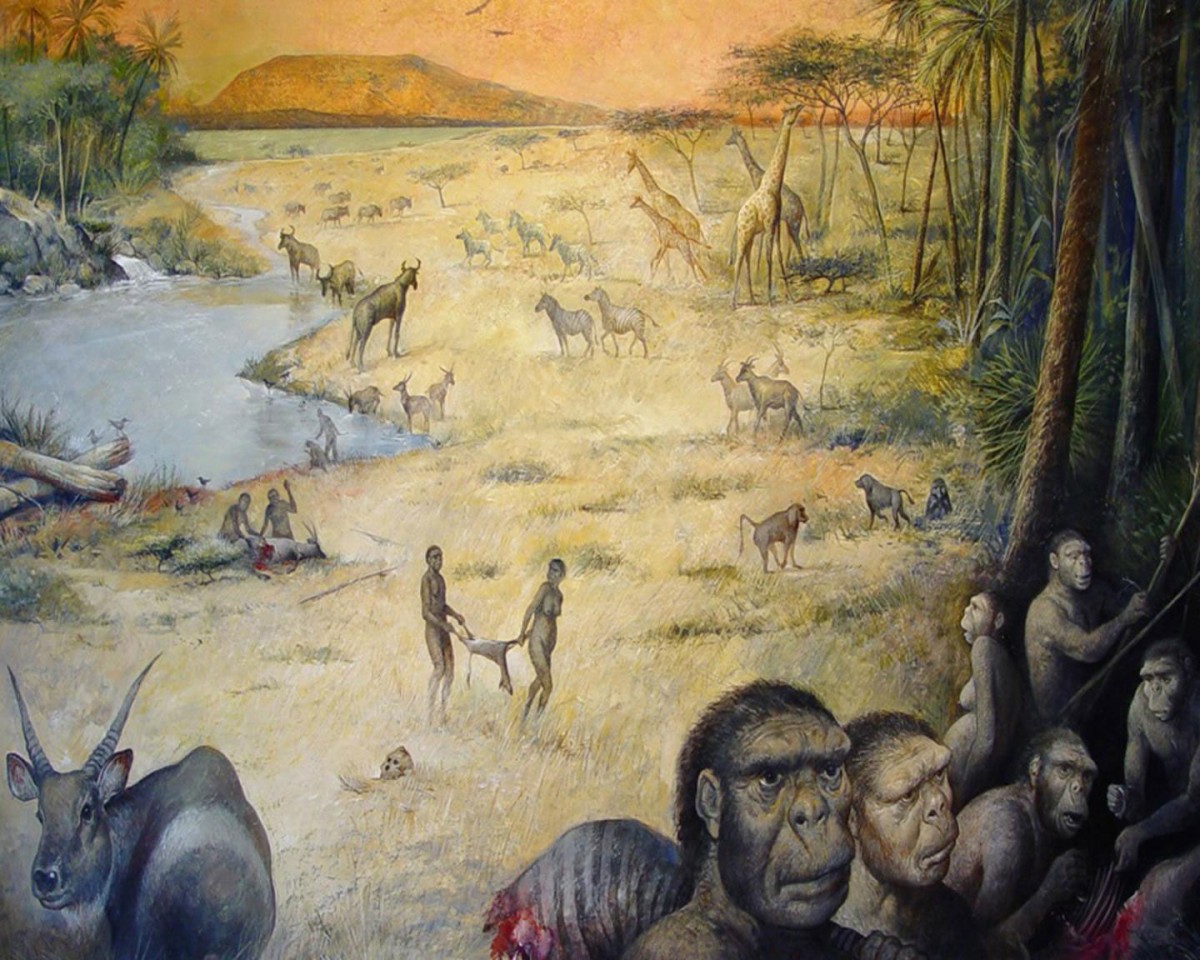 Scientists have pieced together an early human habitat for the first time, and life was no picnic 1.8 million years ago.

Our human ancestors, who looked like a cross between apes and modern humans, had access to food, water and shady shelter at a site in Olduvai Gorge, Tanzania. They even had lots of stone tools with sharp edges, said Gail M. Ashley, a professor in the Rutgers Department of Earth and Planetary Sciences in the School of Arts and Sciences.

But “it was tough living,” she said. “It was a very stressful life because they were in continual competition with carnivores for their food.”

During years of work, Ashley and other researchers carefully reconstructed an early human landscape on a fine scale, using plant and other evidence collected at the sprawling site. Their pioneering work was published recently in the Proceedings of the National Academy of Sciences.

The landscape reconstruction will help paleoanthropologists develop ideas and models on what early humans were like, how they lived, how they got their food (especially protein), what they ate and drank and their behavior, Ashley said.

Famous paleoanthropologist Mary Leakey discovered the site in 1959 and uncovered thousands of animal bones and stone tools. Through exhaustive excavations in the last decade, Ashley, other scientists and students collected numerous soil samples and studied them via carbon isotope analysis.

The landscape, it turned out, had a freshwater spring, wetlands and woodland as well as grasslands.

“We were able to map out what the plants were on the landscape with respect to where the humans and their stone tools were found,” Ashley said. “That’s never been done before. Mapping was done by analyzing the soils in one geological bed, and in that bed there were bones of two different hominin species.”

The two species of hominins, or early humans, are Paranthropus boisei – robust and pretty small-brained – and Homo habilis, a lighter-boned species. Homo habilis had a bigger brain and was more in sync with our human evolutionary tree, according to Ashley.

Through their research, the scientists learned that the shady woodland had palm and acacia trees. They don’t think the hominins camped there. But based on the high concentration of bones, the primates probably obtained carcasses elsewhere and ate the meat in the woods for safety, Ashley said.

In a surprising twist, a layer of volcanic ash covered the site’s surface, nicely preserving the bones and organic matter, said Ashley, who has conducted research in the area since 1994.

“Think about it as a Pompeii-like event where you had a volcanic eruption,” she said, noting that a volcano is about 10 miles from the site. The eruption “spewed out a lot of ash that completely blanketed the landscape.”

On the site, scientists found thousands of bones from animals such as giraffes, elephants and wildebeests, swift runners in the antelope family. The hominins may have killed the animals for their meat or scavenged leftover meat. Competing carnivores included lions, leopards and hyenas, which also posed a threat to hominin safety, according to Ashley.

Paleoanthropologists “have started to have some ideas about whether hominins were actively hunting animals for meat sources or whether they were perhaps scavenging leftover meat sources that had been killed by say a lion or a hyena,” she said.

“The subject of eating meat is an important question defining current research on hominins,” she said. “We know that the increase in the size of the brain, just the evolution of humans, is probably tied to more protein.”

The hominins’ food also may have included wetland ferns for protein and crustaceans, snails and slugs.

Scientists think the hominins likely used the site for a long time, perhaps tens or hundreds of years, Ashley said.