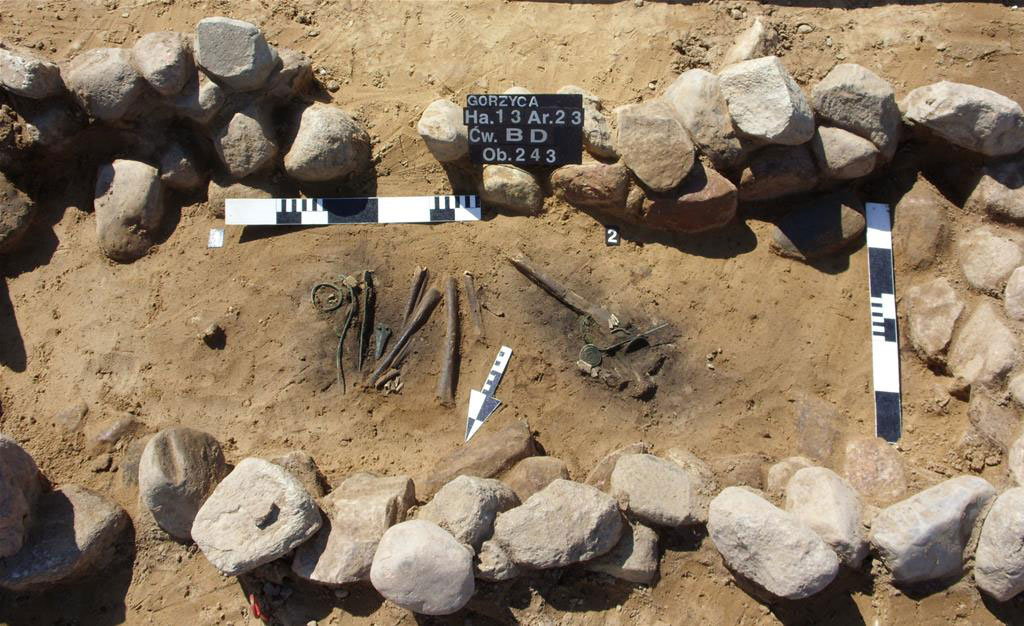 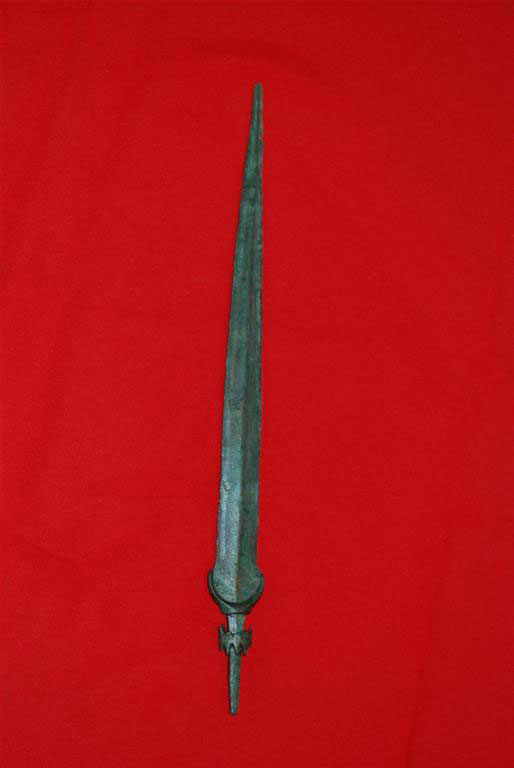 Of the Tumulus culture

It is here, in Górzyca (Lubusz province), that the archaeologists discovered the oldest sword on Polish soil. It was in one of the tombs belonging to the elite of the community inhabiting the valley of the middle Odra 3,600 years ago. Now, a broad research project will provide further insight in this community’s daily life.

According to archaeologists, large population movements took place in Central Europe in the mid-second millennium BC. It is believed that local communities engaged in agriculture and livestock breeding were attacked by nomadic peoples. Traces of these events are discovered at the study of settlements from that period in the form of destruction and burning. From the same period treasures were found in large numbers, probably hidden in a hurry and fear of the invaders.

In Górzyca (Lubusz province) in 2008 archaeologists began a rescue research in connection with a planned construction project. They discovered an extensive cemetery of nomadic warriors who in the first half of the second millennium troubled the people of Europe. Archaeologists define this community as the Tumulus culture.

Until now, in the Middle Odra only a few known cemeteries and individual graves were associated with this culture. That is why the discovery in Górzyca is very important for researchers. In 2008-2010, during three seasons of research archaeologists discovered 35 graves.

“The cemetery is unique not only because of the number of burials. We have also noted a wide variety of forms of grave construction, which may indicate the social status of the dead buried in these graves”, explained Krzysztof Socha, an archaeologist who led the excavations in Górzyca.

Some graves had the form of stone boxes, some were lined with pavement stones. Archaeologists also found extensive houses of the dead: structures built of stone and wood, which copied the contemporary houses. Interestingly, funeral rites were also different. The deceased found in Górzyca were inhumed or cremated. Cremation was probably favoured in the later period.

In the necropolis rested the elite of the community, which archaeologists refer to as “military aristocracy”, which consisted of a mobile group of warriors and their families. According to the researchers, the cemetery in Górzyca was probably the burial place of several generations of families.

Among the grave goods archaeologists discovered a large number of objects made of bronze–a total of more than 100 items or their fragments. These are mainly weapons, tools, ornaments of the body or clothing. Among them is the oldest sword in Poland known from funerary context, but there were also daggers and axes.

“We are halfway through the project, in which we conduct many specialized analyses. As a result, among other things, we will know the origin of the dead buried in the cemetery–analysis of the content of strontium isotopes is absolutely pioneering for burials on Polish territory from that period, the Bronze Age”, said Socha.

Planned studies also include detailing the period in which the cemetery functioned. 14C analyses of bone material and carbon from the graves will be performed: “This will give us the largest series of radiocarbon dates for a cemetery from that period in Poland”, added Socha.

Researchers will also have a closer look at the fragments of pottery, flint and bronze objects–they will explain their purpose and the origin of used raw materials. Naturalists have also been invited to work on the project. Geological and geomorphological and palynological research of the site’s immediate surrounding will allow scientists to reconstruct the original geographical and natural environment.

At the end of the year, the results of analyses will be published and available for download free of charge in PDF format.

The project is carried out by the Lubusz branch of the Scientific Association of Polish Archaeologists, which received funding for this task from the Ministry of Culture and National Heritage. The grant is carried out in cooperation with the Commune of Górzyca and the Kostrzyn Fortress Museum.