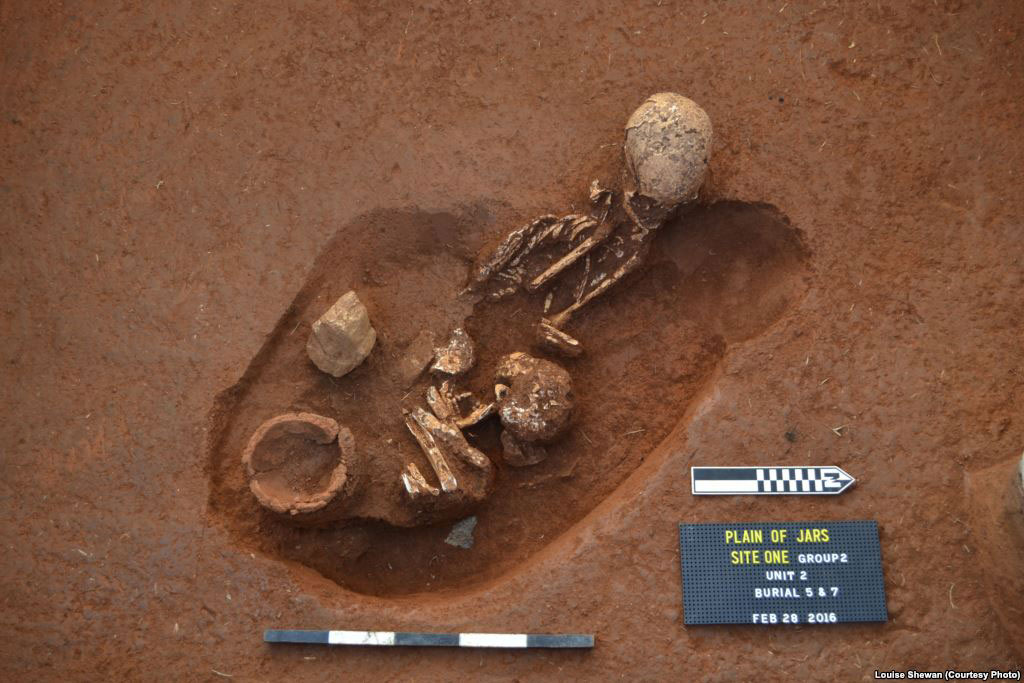 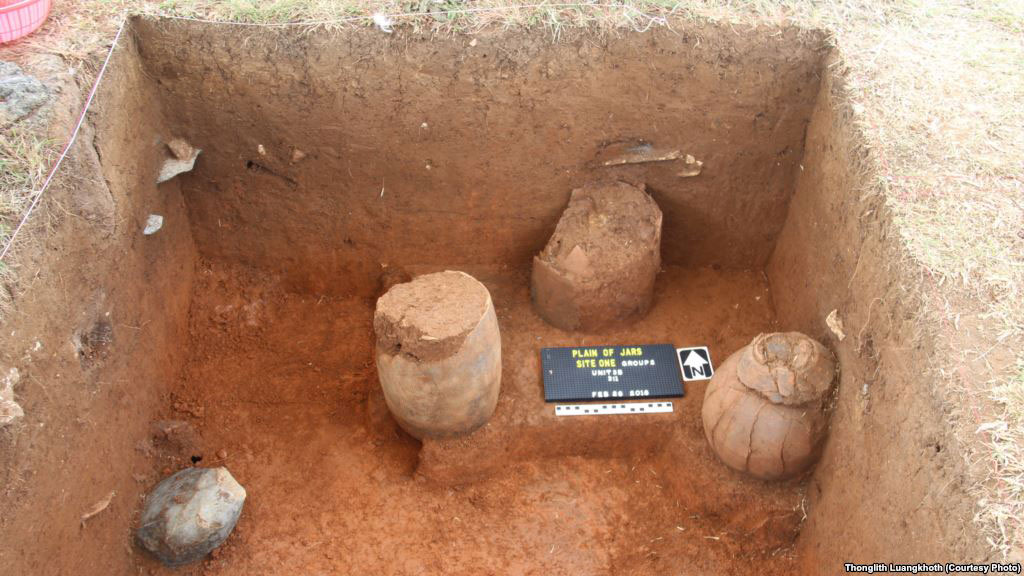 Sets of human remains were unearthed

A set of human remains has been unearthed in Laos, at the Plain of Jars, possibly from the Iron Age. Scientists hope the information retrieved will help them decipher the mystery of the Plain of Jars, a site in central Laos puzzling archaeologists. The area is named after massive stone jars, some weighing up to 10 metric tons, dragged 8-10klm from a quarry site and set up in groups. There are about 100 sites, each containing one to 400 stone jars. Researchers have not been able to define more on the people who carved the jars neither.

Field work was led by Dougald O’Reilly, lecturer in archaeology at the Australian National University, who highlighted the key question, that there are no clues regarding the ethnicity and identity of the people who created the jars. However, the latest fieldwork unearthed a burial ground, at Site One, with more than 300 stone jars, stone discs and markers. The burial methods used varied, from entire bodies being buried as a whole, to bundled bones and bones placed inside ceramic vessels. The new findings were located about 8klm from the centre of Phonsavanh district

The field work included a team led by Monash University archaeologist Louise Shewan, as well as a Lao team led by Thonglith Luangkhoth, archaeology division director with the Lao Ministry of Information, Culture and Tourism. Excavations in the area started in the 1930s, in collaboration with French archaeologist, Madeleine Colani, who produced two publications from her field work that have become a major contribution to modern archaeological work. However, in recent decades the work of archaeologists has not been easy, since the Indo-China War of the 1970s left tons of unexploded ordnance in the area.

According to O’Reilly, renewed work has unearthed important evidence, namely 7 burials and 4 probable burials with ceramic jars, so perhaps now researchers will gain more information on the people, especially after isotopic and chemical analyses are performed. He also said that it might be possible there is a connection between the Lao sites and similar jar sites in Assam, northeast India.

The project was funded by the Australian Research Council and will continue for over five years with field work in more remote regions of Laos, as well as sites in northeastern India in collaboration with Indian archaeologists.