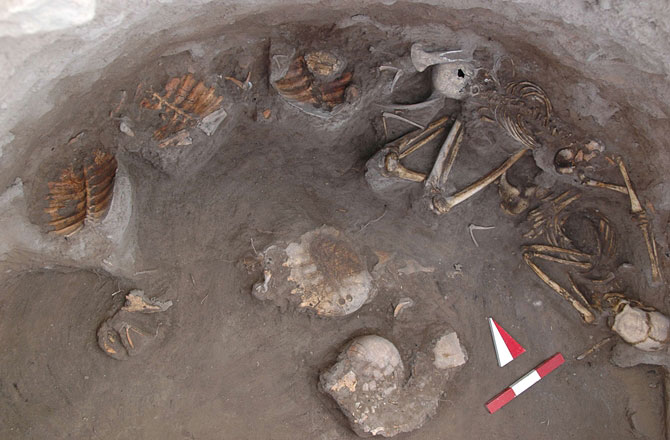 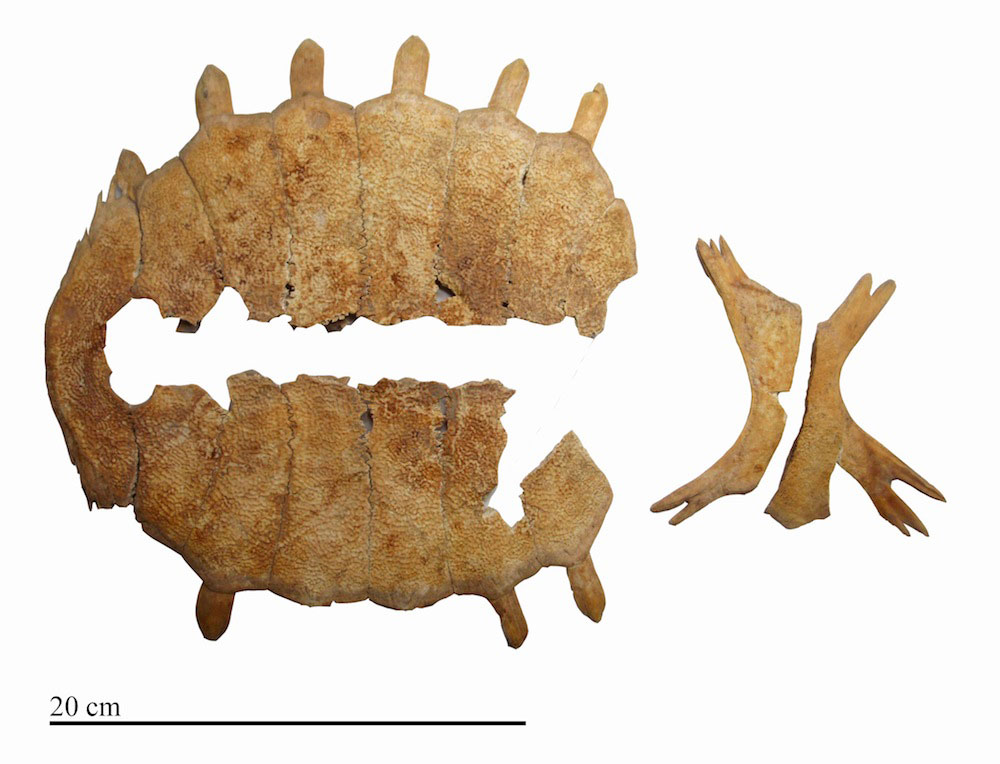 In the grave of a woman and a child

Archaeologists in Turkey have unearthed the remains of two individuals buried along with several turtles. The remains of  a woman and a child are more than 2,500 years old and the turtles buried with them, all slaughtered before burial, are mostly of the Euphrates soft-shell species.

The excavations took place at Kavuşan Höyük, southeastern Turkey, at a multi-period mound site on the southern bank of the Tigris River, about six miles from the town of Bismil. The site will be flooded once a dam constructed in the area is completed to form a reservoir.

Inside the pit, dated to the late Iron Age, archaeologists found the remains of a child, 6-7 years old, and a woman, 45-55 years old. None of them show signs of violent death.The woman was buried beneath the child, but the burial of the child on top of her did not disturb her remains, which indicates it was buried at a later time. The sex of the child has not been identified, but a broken iron fibula placed next to the skull suggests it was perhaps a girl. The relationship between the two individuals is not clear since there has been no DNA analysis.

Around the edge of the pit several remains of turtles were found, with two carapaces and scattered elements in the middle of the grave. Of the turtle remains 17 were of Euphrates soft-shell turtles (Rafetus euphraticus), three of Midde Eastern terrapins (Mauremys caspica),known for their aggression, while the ones placed in the centre of the spur-thighed tortoise (Testudo graeca). It is the first time archaeologists come across the use of the species as grave goods.

Turtles and tortoises have been identified as guides to the afterlife in some cultures, and they have been found as grave goods in Near East burials. However, it is the first time archaeologists find Euphrates soft-shell turtles. This might mean that some funeral feast took place or that the burial was of high status.

The discovery was published in the latest issue of Antiquity.