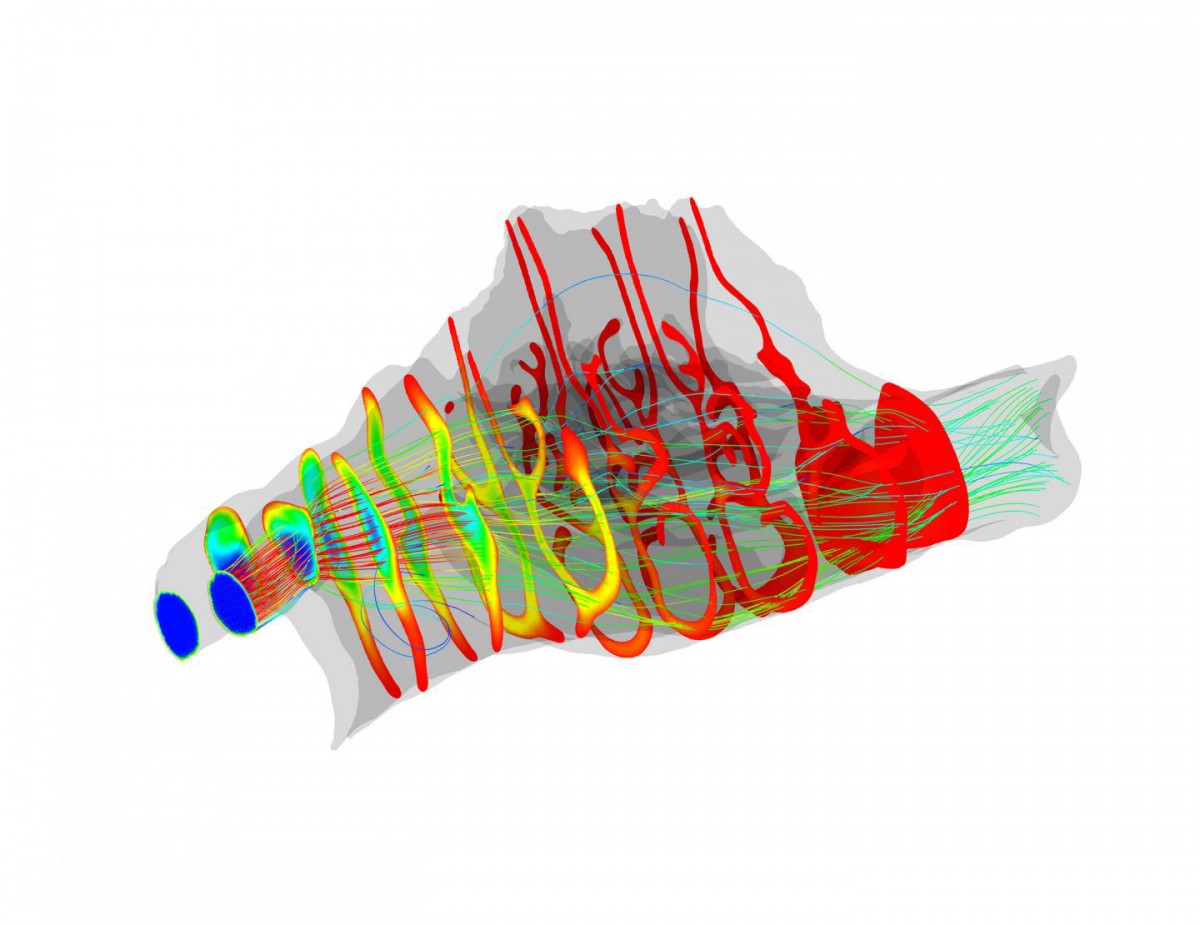 Human ancestors explored ‘out of Africa’ despite impaired nasal faculties

In humans inhaled air is conditioned poorly in the nasal cavity in comparison with primates, such as chimpanzees and macaques, according a recent study published in PLOS Computational Biology. Unlike our protruding external nose, which has little effect on improving air conditioning performance, other hominins (including australopithecines) were endowed with flat nasal features and faculties to improve air conditioning.

The study, produced by Dr Takeshi Nishimura from Kyoto University and colleagues, is the first investigation of nasal air conditioning in nonhuman hominoids based on computational fluid dynamics (CFD).

The human nasal passage conditions inhaled air in terms of temperature and humidity to match the conditions required in the lung. Insufficient conditioning can damage the tissues in the respiratory system and impair respiratory performance, thereby undermining health and increasing the likelihood of death.

Our ancestors, the genus Homo, diversified under the fluctuating climate of the Plio-Pleistocene, to be flat-faced with a short nasal cavity and a protruding external nose, as seen in modern humans. Anatomical variation in nasal region is believed to be evolutionarily sensitive to the ambient atmospheric conditions of a given habitat, but the nasal anatomy of early Homo was not sensitive to the ambient atmosphere conditions. The inhaled air can be fully conditioned subsequently in the pharyngeal cavity, which was lengthened in early Homo.

This study highlights the importance of compensating human evolution, as well as adaptive evolution. The diversification of Pleistocene hominins is a major evolutionary event in terms of understanding human evolution. These linked changes in the nasal and pharyngeal regions would in part have contributed to how flat-faced Homo members must have survived fluctuations in climate, before they moved “Out of Africa” in the Early Pleistocene to explore the more severe climates and ecological environments of Eurasia.