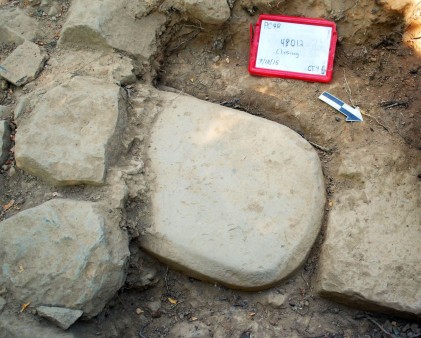 The Etruscan stele was discovered embedded in the foundations of a monumental temple where it had been buried for more than 2,500 years. Credit: Mugello Valley Project
- +
Listen by Archaeology Newsroom
30 03 '16 11:55