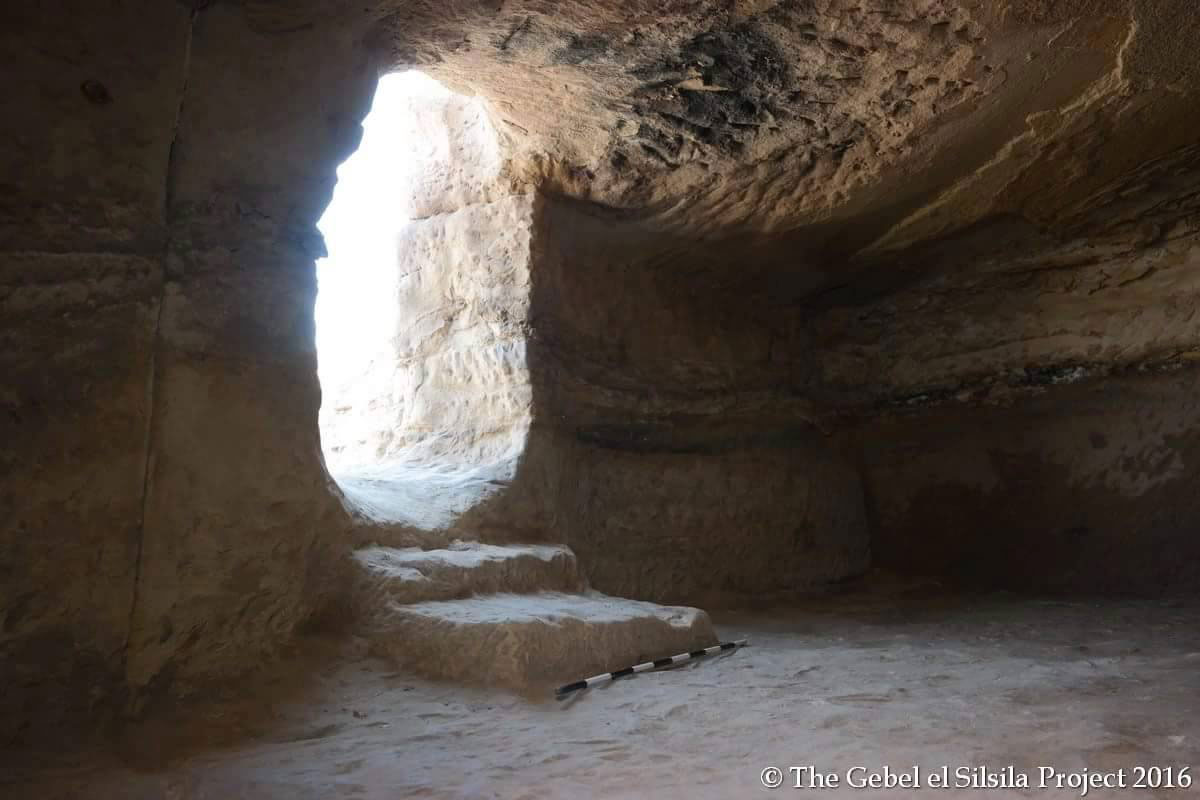 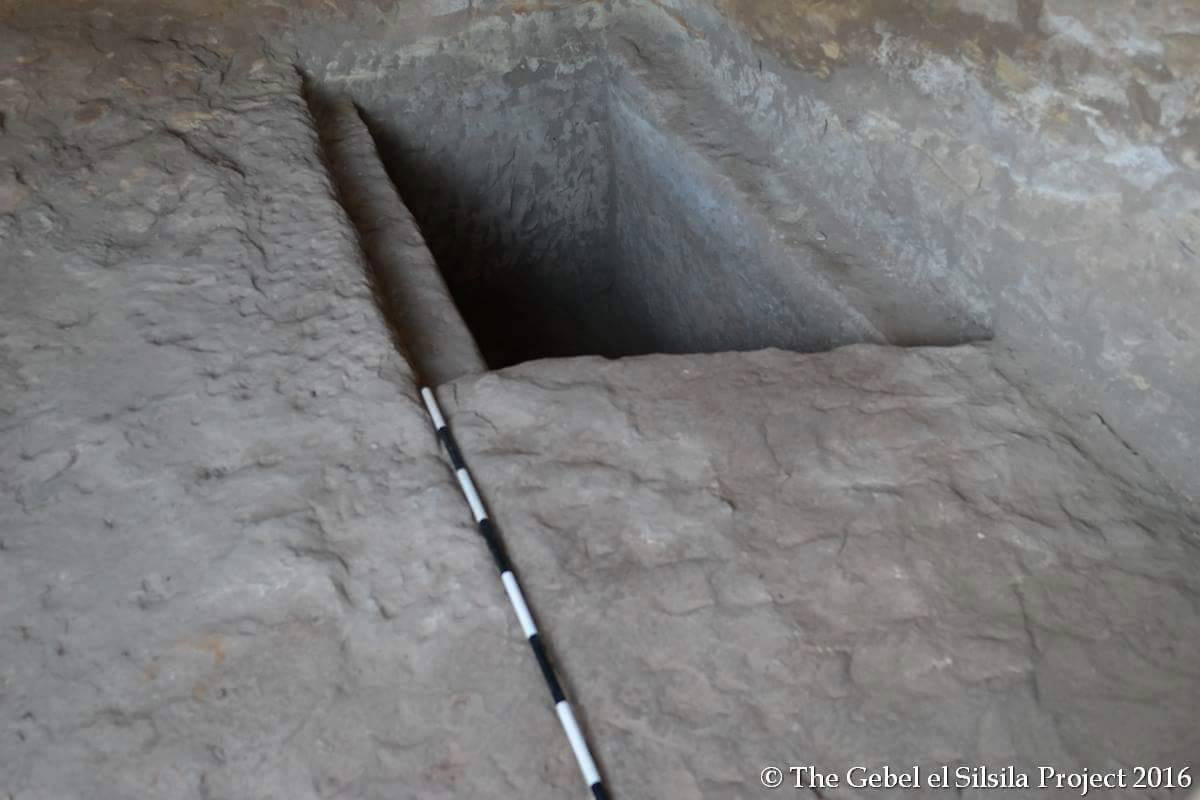 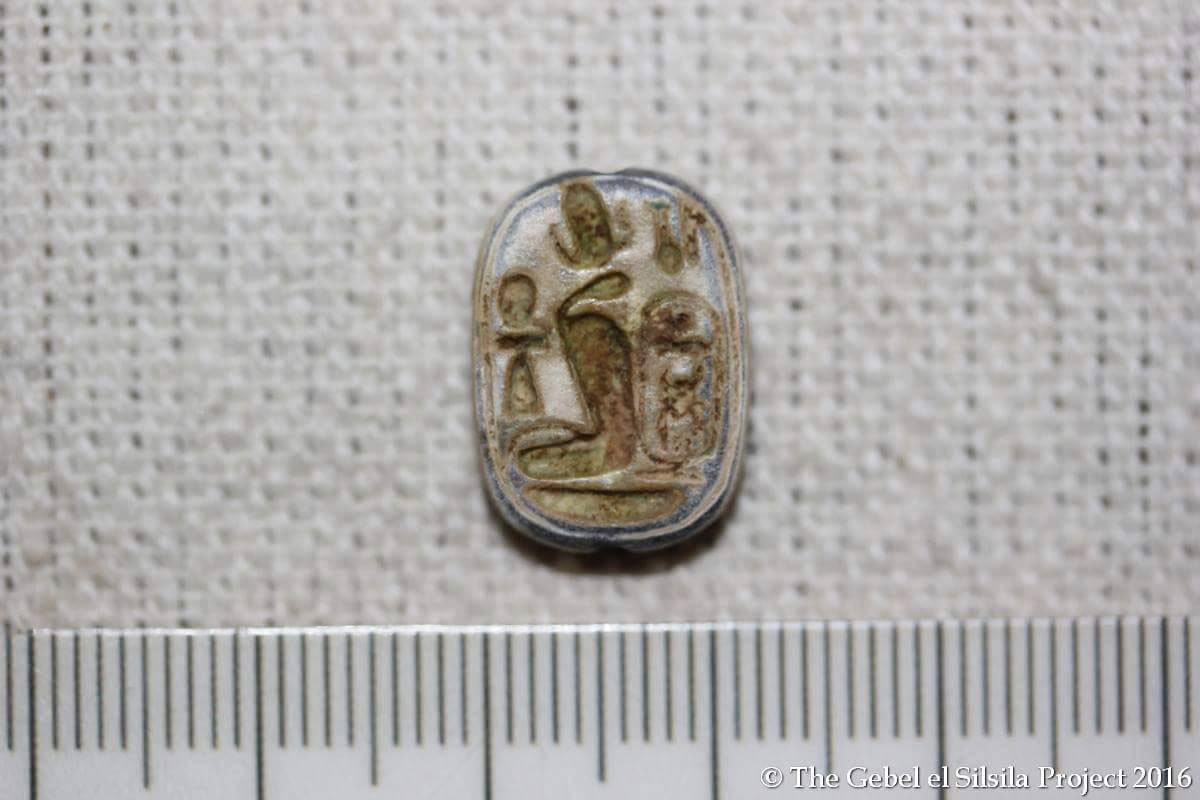 18th Dynasty tombs have been found at Gebel el-Silsila, Egypt

By the Lund University Mission at an area excavated by Dr. Maria Nilsson and Dr. John Ward

18th Dynasty tombs have been found at Gebel el-Silsila, Egypt.

The discovery was made within the excavation works done by the Lund University Mission (Sweden) at the area directed by Dr. Maria Nilsson and Dr. John Ward.

Through the preliminary studies of the discovered tombs, clarified Dr. Afify, it was shown that they contain bones of men, women and children in different ages, a matter indicating that the site was inhabited during that time. Afify added that the tombs were most probably reused during the 19th Dynasty and they are rock cut having crypts and consist of one or two rooms bare of inscriptions. Some of those discovered tombs had stairs leading to a square room then a main entrance and there are paths at each side of the entrance sealed by a huge stone. Fragments of painted mud-plaster — possibly remains of decorated coffins — pieces of mummy wrappings and various beads and amulets, suggest the burials were designed for individuals of considerable status. Also, according to a press report, the archaeologists also unearthed a reversible seal ring, which depicts the cartouche of Pharaoh Thuthmosis III “Men-kheper-re” and a scarab also bearing the pharaoh’s name. Remains of New Kingdom funerary ware included storage vessels, beer jugs, and a selection of votive vessels. The finds point that people of considerable status had been buried in those tombs, probably belonging “to the level just below the [high] officials,” normally buried in Thebes, as Dr. Nilsson points out.

On the other hand, General Director of Aswan and Nubia Areas, Nasr Salama stated that this is the first time to discover tombs with stairs at the area, a feature that emphasize the importance of this discovery. Regarding the chapel, Salama clarified that it is a small rock -cut structure containing two well preserved rooms and its entrance is decorated with the winged sun disk.

Salama finally added that the Swedish Mission that started its work at the site since 2012 had made the primary cleaning works for the discovered tombs removing the sand from inside. Salama finally pointed out that the site is in a badly preserved state due to
erosion and high groundwater levels.