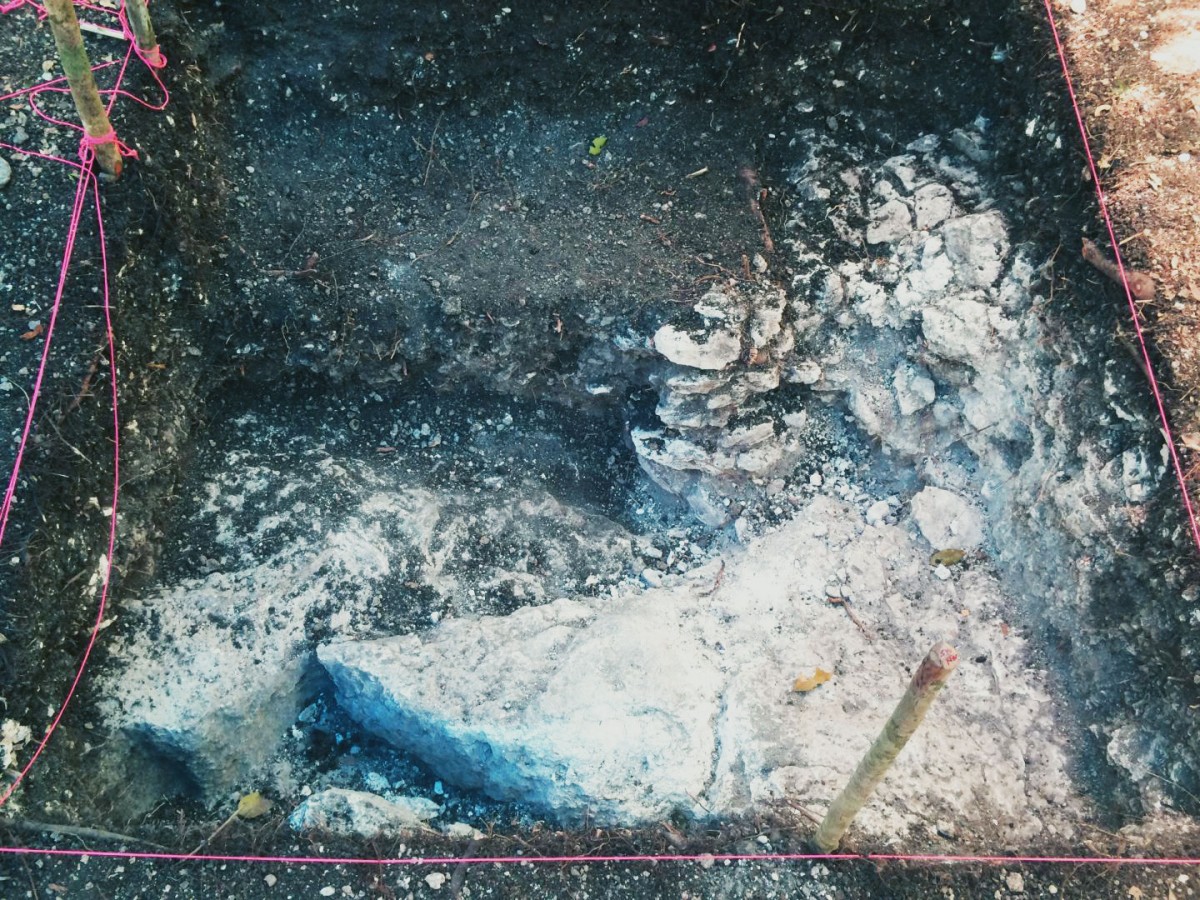 New discoveries into how an ancient civilization conserved water

At Yaxnohcah, an ancient Maya site in the Central Yucatan

Collection, storage and management of water were top priorities for the ancient Maya, whose sites in Mexico, Belize and Guatemala were forced to endure seven months out of the year with very little rainfall. As researchers expand their explorations of the civilization outside of large, elite-focused research site centers, aerial imagery technology is helping them locate and study areas that are showing them how less urbanized populations conserved water for drinking and irrigation. The NSF-supported research by Jeffrey Brewer, a doctoral student in the University of Cincinnati’s Department of Geography, and Christopher Carr, a UC research assistant professor of geography, was presented at the 81st annual meeting of the Society of American Archaeology.

LiDAR is a remote sensing technology that collects high-resolution imagery shot from an airplane at 30,000 points per second, allowing researchers to map ground surfaces through dense vegetation. The technology saves a significant amount of time in the field, compared with trekking through forests to locate these small depressions at ground level.

The specific area under study is the ancient Maya site of Yaxnohcah, located in the Central Yucatan. “One of the unique aspects of this particular site is that it appears to date a little earlier than many regional sites of the same size in terms of displaying significant cultural activity,” says Brewer. “So, we’re still at ground level with our discoveries here.”

Although the LiDAR analysis revealed more than 100 potential small reservoirs scattered throughout the site, only five have been excavated so far. Brewer says three out of the five reservoirs appear to be water features based on the archaeological evidence.

“We looked specifically at small depressions that were adjacent to residential structures, and we could assume they were household accessible,” explains Brewer. “We found modified reservoirs, a limestone quarry that would have served as a resultant water tank, and a depression that appears to have served as an area for localized horticulture or agriculture.

“Based on recovered ceramic material, we know that some of these residential-scale reservoirs at Yaxnohcah date to the Middle Preclassic period (around 900 B.C.). We also have evidence from the soil layers that shows these systems were lined with a thick, clay ‘plaster’ that would help them hold water,” Brewer says. “The geology in this region is all limestone, so if they hadn’t been modified or sealed in some way, the water would have just seeped through them.”

Agricultural communities also would have needed water to farm maize, cotton and possibly even tubers, so Brewer says future examination will explore how the water features would have been used for agricultural purposes. “If the reservoir was elevated, it could have released water into agricultural fields for irrigation. If it was lower, it could have collected runoff from a paved surface or a field. We’re still examining the elevation profiles.”

Brewer adds that one of the depressions appears to have originated as a quarry for limestone, which would have been used in construction at the adjacent residential complex. Although not lined with clay, the resulting limestone tank floor could opportunistically hold water for the extended annual period that the region received very little rainfall—extremely useful for agricultural purposes if not for drinking water.

Brewer says investigating how the commoners existed at these ancient sites is becoming a growing trend in research among archaeologists, anthropologists and geographers.