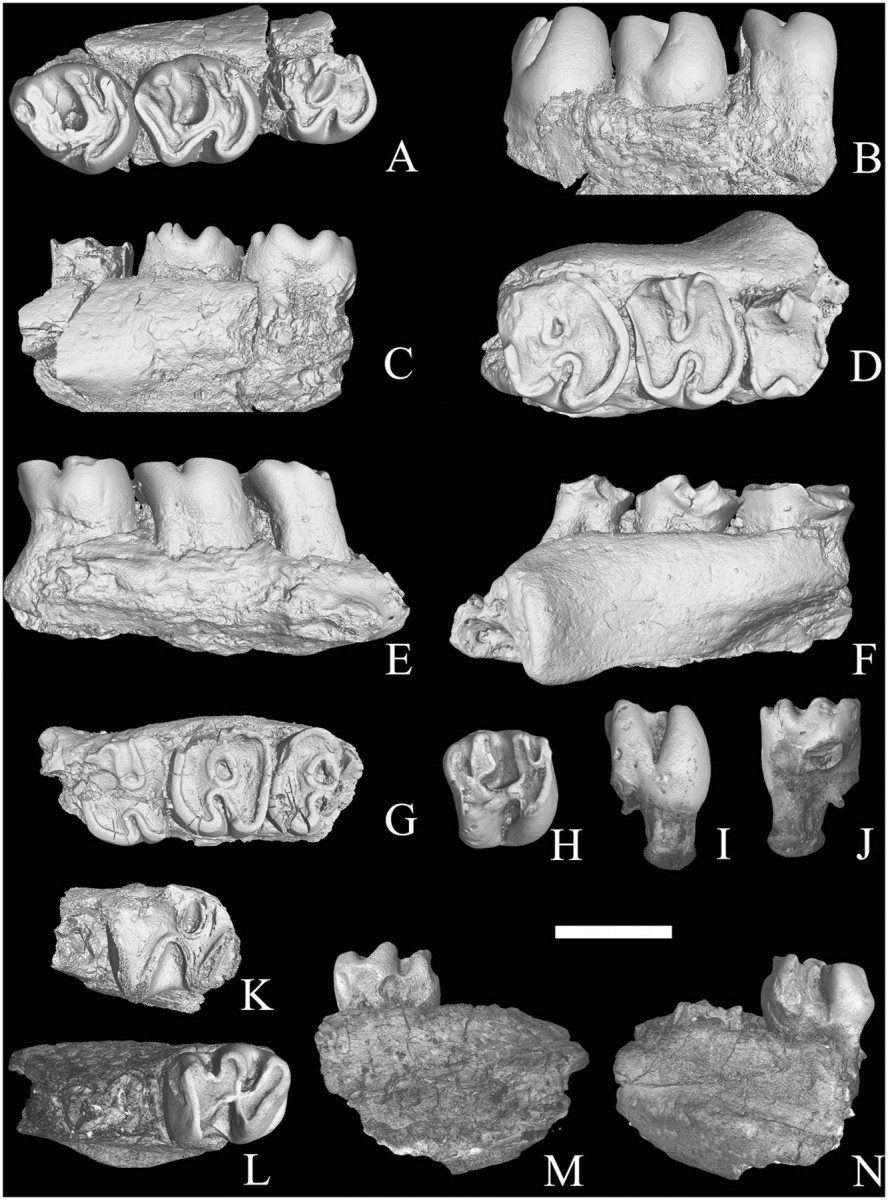 A handful of tiny teeth found in Israel’s Negev desert led an international team of researchers to describe a new species of rodent which has been extinct for nearly 18 million years.

The discovery of Sayimys negevensis sheds new light on the likely dispersal route of mammals and other species between Eurasia and Africa in the Early Miocene (23 million to 16 million years ago) and highlights Israel’s special paleogeographic position as the lynch-pin of the Levantine corridor connecting Eurasia with North Africa.

The research, published in the scientific journal PLOS ONE, described a distant forerunner of the present-day gundi—a small rodent with a comb-like bristles on the two middle toes of its hind feet, also known as ‘comb-rat’.

“It is a pivotal species that bridges the gap between an array of primitive ctenodactylines and the most derived, Early Miocene and later, gundis,” researchers said in their article.

Gundis are the last descendants of the family Ctenodactylidae whose earliest ancestors appeared in Asia about 40 million years ago. They experienced their greatest diversification and widest distribution, from Far East to Africa, in Miocene time. Nowadays, they live in groups on rocky outcrops in deserts and semi-deserts of East and North Africa

Researchers named the new species Sayimys negevensis, after the Negev locality where it was found. Israel is the only place along the Eastern Mediterranean – stretching from Anatolia to the Sinai—where fossil sites of the Early Miocene have been found.

“The fossil sites of Israel are in a unique position to offer data on the early times of the large waves of faunal exchanges that took place around 19 million years ago between Eurasia and Africa,” said Dr. Raquel Lopez-Antoñanzas, a senior researcher at the University of Bristol, who led the research.

During the Early Miocene Israel was still more firmly attached to Africa and most of the mammals found there were of African origin. Sayimys negevensis is one of the few species discovered in Israel with Eurasian affinities.

“The new Israeli species is closer in morphology to nearly coeval species found in Pakistan, therefore demonstrating that mammals were already using the Levantine corridor to travel between Eurasia and Africa in the Early Miocene,” said research co-author Dr. Rivka Rabinovich from the Institute of Earth Sciences and the National Natural History Collections at the Hebrew University of Jerusalem.

The discovery of the new rodent is part an international focusing on the Early Miocene fauna of Israel and its paleogeographic implications, led by Dr. Rivka Rabinovich, Dr. Rani Calvo of the Israel Geological Survey and Dr. Ari Grossman of Midwestern University in Glendale Arizona, together with other international experts, including Dr. Raquel López-Antoñanzas, Dr. Fabien Knoll of the University of Manchester and Dr. Gideon Hartmann from the University of Connecticut.