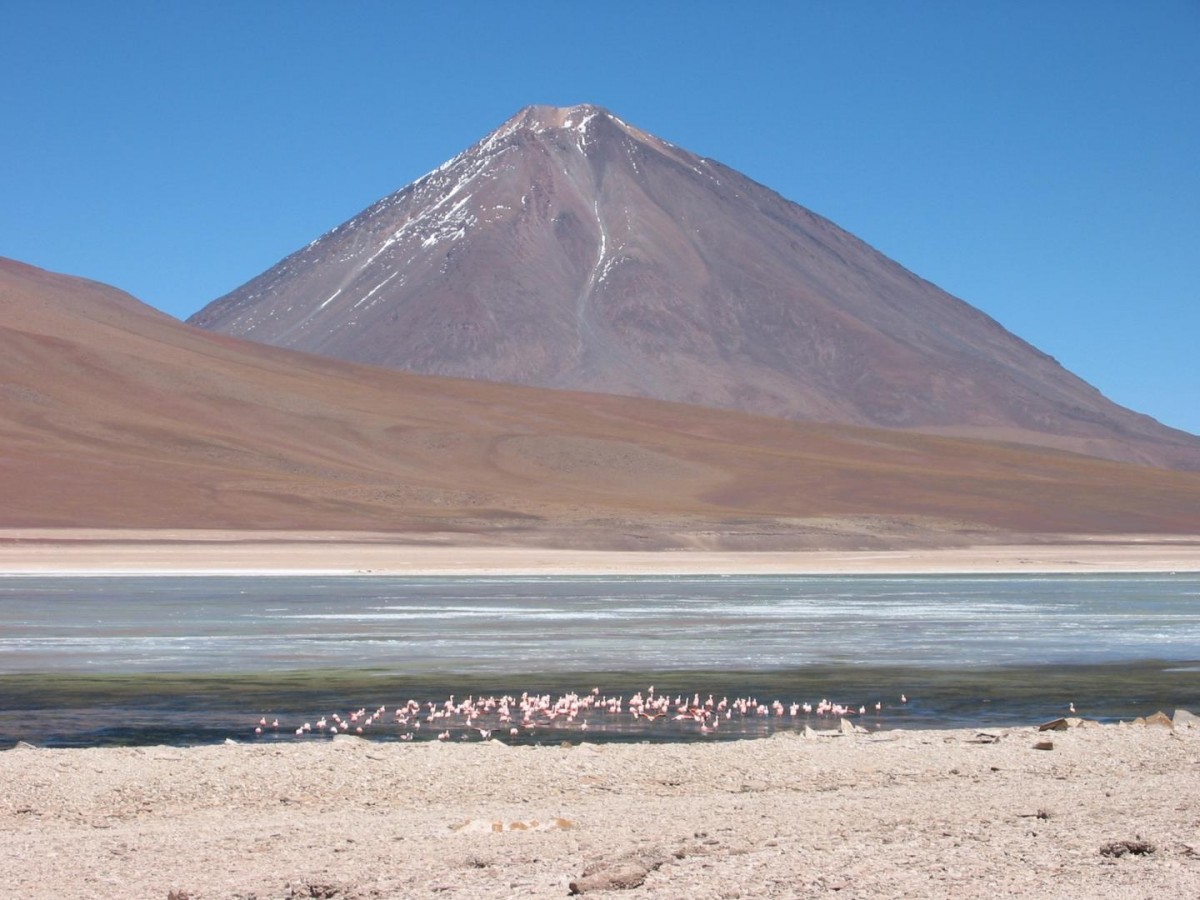 A new study in the April 22 edition of Science reveals that volcanic activity associated with the plate-tectonic movement of continents may be responsible for climatic shifts from hot to cold over tens and hundreds of millions of years throughout much of Earth’s history.

The study, led by researchers at The University of Texas at Austin Jackson School of Geosciences, addresses why the Earth has fluctuated from periods when the planet was covered in ice to times when even the polar regions were ice-free.

Continental volcanic arc systems such as the Andes Mountains are created at active continental margins where two tectonic plates meet and the oceanic plate descends under the continental plate, forming a subduction zone. When this happens, magma mixes with carbon trapped in the Earth’s crust and releases carbon dioxide (CO2) gas into the atmosphere when volcanoes in the system erupt.

“Continental arc systems are plumbed through the Earth’s crust and they tend to interact with carbon reservoir rock preserved beneath the surface,” said McKenzie, who began the work as a postdoctoral researcher at the Jackson School and finished the study at Yale University.

Scientist have long known that the amount of carbon dioxide in the atmosphere influences the Earth’s climate, McKenzie said. The unanswered question is what caused the fluctuations in CO2 observed in the geologic record. Other theories have suggested that geological forces such as mountain building have, at different times in the planet’s history, introduced large amounts of new material to the Earth’s surface, and weathering of that material has drawn CO2 out of the atmosphere. The new study points to the amount of CO2 being released into the atmosphere, rather than the amount removed from it, as the primary driver of Earth’s climate.

Using nearly 200 published studies and their own fieldwork and data, researchers created a global database to reconstruct the volcanic history of continental margins over the past 720 million years.

“We studied sedimentary basins next to former volcanic arcs, which were eroded away over hundreds of millions of years,” said co-author Brian Horton, a professor in the Jackson School’s Department of Geological Sciences. “The distinguishing part of our study is that we looked at a very long geologic record – 720 million years – through multiple greenhouse-icehouse events.”

Specifically, researchers looked at the uranium-lead crystallization ages of the mineral zircon, which is largely created during continental volcanic arc activity. Zircon is less common in other types of volcanic settings, such as hot spots like Hawaii or island arc volcanoes such as the Marianas, so the mineral can be used to track continental arc volcanism. For the study, they looked at data for roughly 120,000 zircon grains from thousands of samples across the globe.