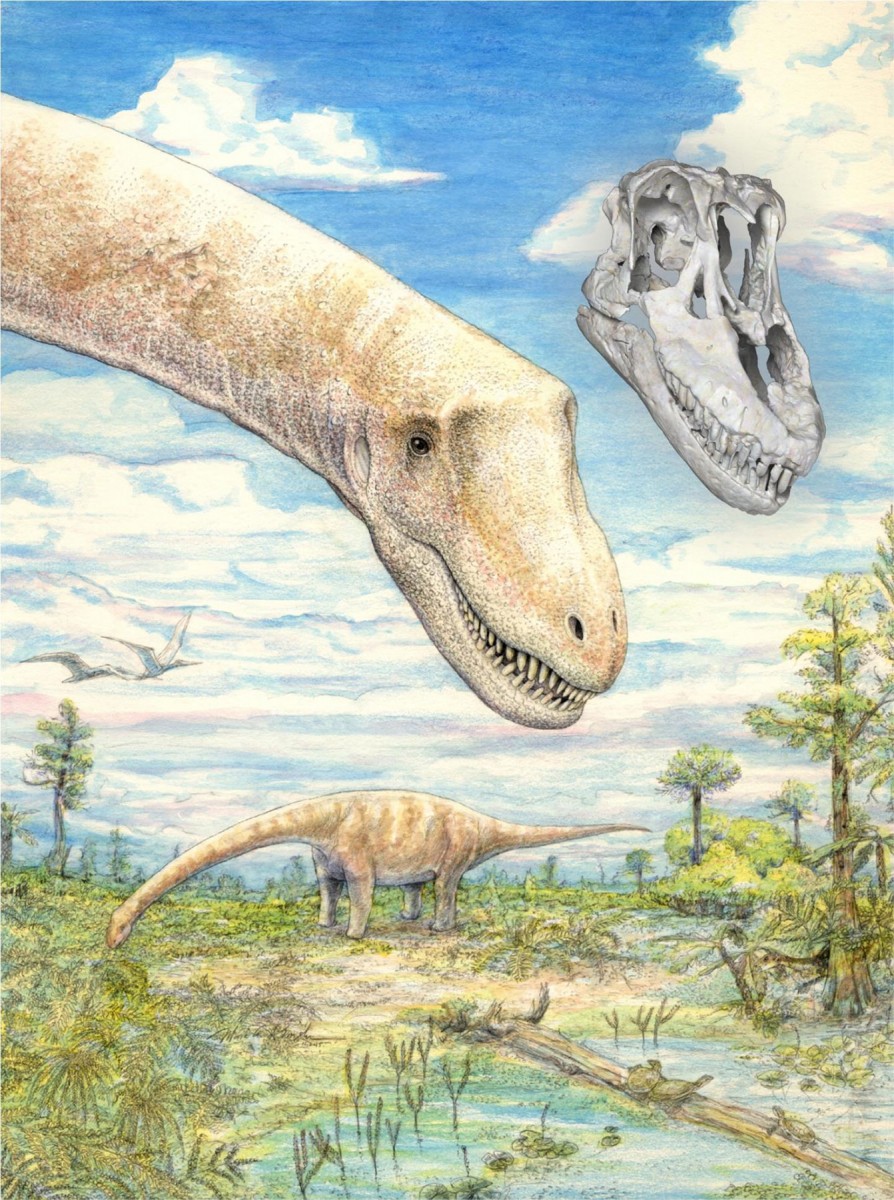 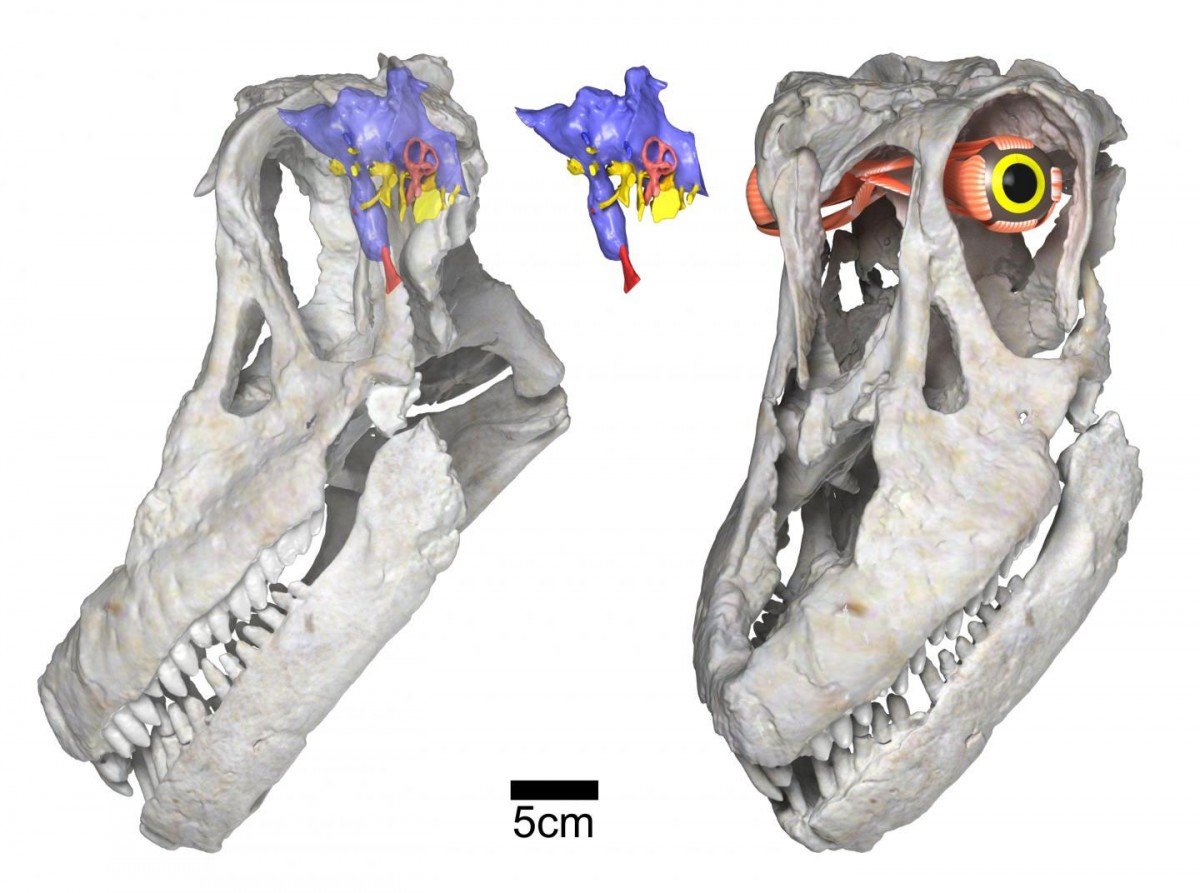 Scientists have discovered Sarmientosaurus musacchioi, a new species of titanosaurian dinosaur, based on an complete skull and partial neck fossil unearthed in Patagonia, Argentina, according to a study published April 26, 2016 in the open-access journal PLOS ONE by Rubén Martínez from the Laboratorio de Paleovertebrados of the Universidad Nacional de la Patagonia San Juan Bosco (UNPSJB), Argentina, and colleagues.

Titanosaurs, a type of sauropod, ranged in size from the weight of a cow to that of the largest sperm whale. These plant-eaters have long necks and tails and may have been the most common large herbivores in the Southern Hemisphere landmasses during the Cretaceous. Despite their abundance, the skulls of these animals, critical to deciphering certain aspects of their biology, are exceedingly rare. Of the 60-plus named titanosaurs, only four are represented by nearly complete or semi-complete skulls. Using computerized tomography (CT) imaging, the authors of this study closely examined well-preserved, anatomically ‘primitive’ skull and neck fossils from Sarmientosaurus.

The researchers found that the Sarmientosaurus brain was small relative to its enormous body, typical of sauropods. However, they also found evidence of greater sensory capabilities than most other sauropods. They suggest that Sarmientosaurus had large eyeballs and good vision, and that the inner ear may have been better tuned for hearing low-frequency airborne sounds compared to other titanosaurs. Moreover, the balance organ of the inner ear indicates that this dinosaur may have habitually held its head with the snout facing downward, possibly to feed primarily on low-growing plants. “Discoveries like Sarmientosaurus happen once in a lifetime,” says study leader Rubén Martínez. “That’s why we studied the fossils so thoroughly, to learn as much about this amazing animal as we could.”

Sarmientosaurus musacchioi is named for the town of Sarmiento in Chubut Province, which is close to the discovery site. The species name also honors the late Dr. Eduardo Musacchio, a paleontologist and professor at the UNPSJB and friend to Dr. Martínez and other team members.