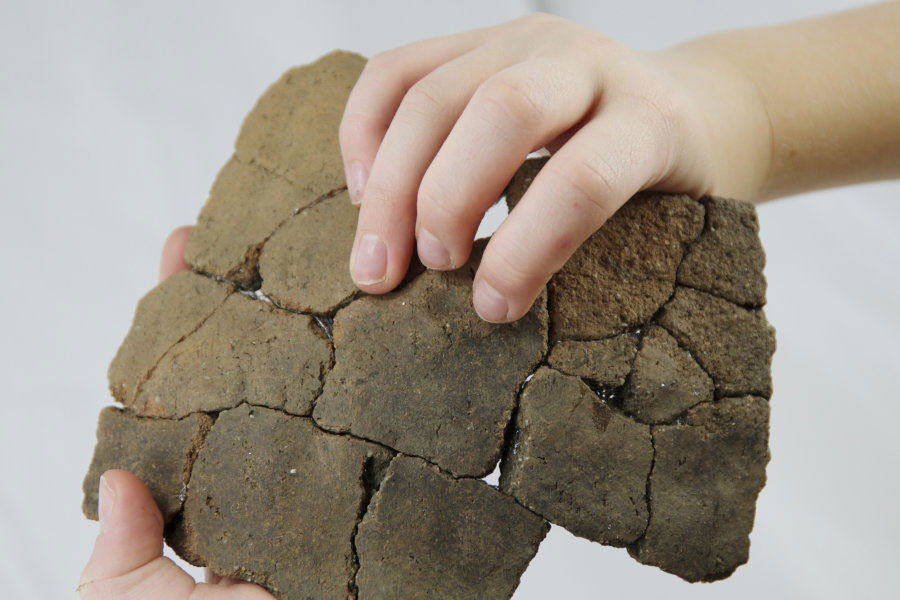 Artisanal interpretation of ceramics from the Bronze Age shows that a nine-year-old child could be a highly skilled artisan. This was one of the discoveries presented in a new thesis from Lund University in Sweden. The thesis explores how an artisanal perspective can contribute to archaeology by providing new insights into archaeological artefacts.

“I have found that even the most simple household receptacles could involve tremendous skill. Within archaeology, experts’ typological analyses have previously tended to focus on when a receptacle was made and its shape. But, how it was made, the time taken to produce it, and the skills involved, have not been evaluated before,” says Katarina Botwid, who is a trained ceramist and now has a doctoral degree in Archaeology from Lund University.

The artisanal interpretation method is based on the human physical ability to create. Within all crafts there are three levels of skill, regardless of the historical period — artefacts can be made by beginners, competent/skilled artisans or by real “superstars.” Katarina’s thesis centres around hands-on knowledge, experience-based knowledge that results in new evaluations of finds, and further knowledge on artists’ materials and the probable work process at that particular time.

“I can evaluate the craftsmanship, as I know how long it takes to learn the various skills. For example, you can see from fingerprints left on receptacles that children could be skilled ceramists. It would take about three years to attain the level of skill apparent from some of their receptacles,” says Katarina Botwid.

“The fact that children were skilled ceramists in the Bronze Age was something that surprised me, and as far as I am aware, was not been previously known,” she continues.

Katarina Botwid also contends that 95% of ceramics survived the ancient firing process and not 50% as previously thought, before experience-based knowledge of craftsmanship was applied. “This is evident from the substantial knowledge that the ceramics bear witness to, which is consistent with ceramics being vital for people who had started living in settlements and needed receptacles for storing food and cooking at that time,” states Katarina Botwind.

Applying tacit knowledge of the artisanal method means that archaeologists can now look at artefacts in a new way out in the field and in repositories, and new find categories such as artisanal materials, implements and tools can be identified.

Katarina Botwid found, for example, an oxide crayon dating from around the Birth of Christ — the first documented find in Sweden of an artists’ material that is made, fired and shaped like a crayon. The crayon is of the same type that Rembrandt used for his drawings.

“Finding out that oxide crayons were used as early as the Iron Age means that ancient times were probably not as grey as we think,” concludes Katarina Botwid.