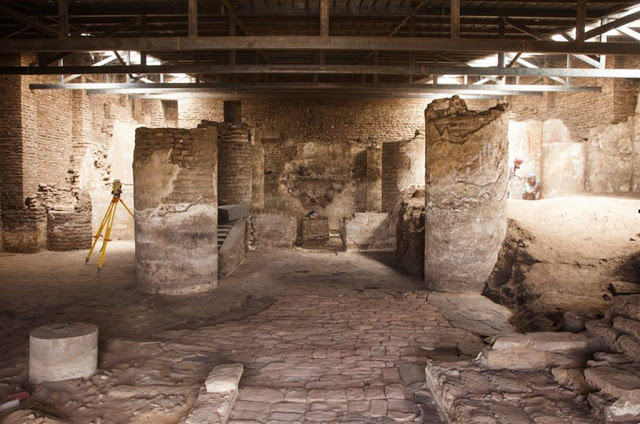 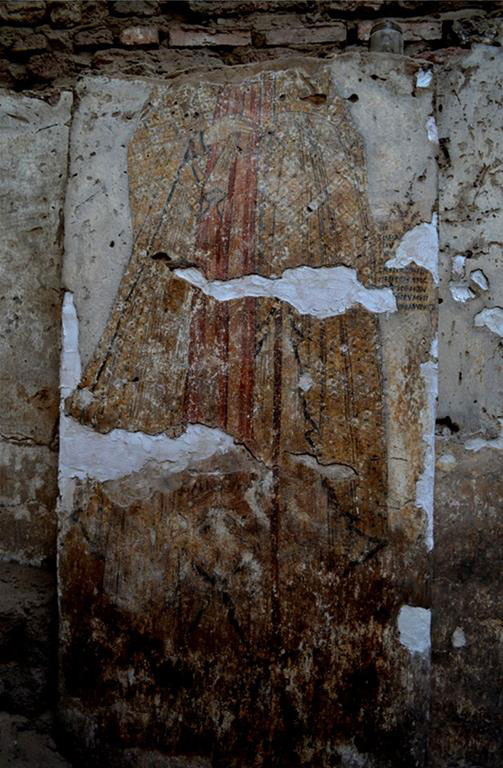 Centre of Mediterranean Archaeology of the University of Warsaw

The largest group of paintings from the turn of the 8th-9th century has been discovered in Sudan by the mission of the Centre of Mediterranean Archaeology of the University of Warsaw.

The discovery was made during excavations inside the Church of Raphael in the royal complex in Dongola, northern Sudan. The temple is located next to the relics of a medieval palace. Dongola was the capital of Makuria, a powerful kingdom, which existed from the sixth to the fourteenth century, between I and V cataracts of the Nile. Its power is evidenced by the fact that the army of Makuria stopped the pressure of Muslim army in the first half of the 7th century.

The church was discovered in 2006. However, it was crucial for the researchers to secure the structure. It was not until last year that a roof was built, which allowed to begin excavations.

“The design is unique — it does not repeat the plans of other famous religious buildings of this type. Paintings are also unusual” said Prof. Włodzimierz Godlewski from the Institute of Archaeology of the University of Warsaw, a longtime researcher of Dongola.

The paintings depict images of archangels, angels, priests, saints and Nubian kingdom officials from the beginning of the 9th century. Originally, at each of the figures was a “legend” describing each person and their function.

Prof. Godlewski drew attention to one of the inscriptions discovered on the wall of the baptistery, which in his opinion has great historical significance. “The inscription commemorates the meeting of the bishops of Makuria with the king and archbishop of Dongola that took place in this church. This record revealed the territorial division of the church in Makuria — it listed the names of the bishops from particular towns,” said Prof. Godlewski.

The meeting was presided over by the king —also named in the inscription— who was formally the head of the church in this state. An interesting fact is that the meeting was attended by —endowed with the title of Metropolitan— bishop of Faras, where decades ago the Poles led by Prof. Kazimierz Michałowski discovered a cathedral with paintings, some of which can be admired today in the National Museum in Warsaw.

“The church was founded by King Joannes. Until now we did not know much about him. The inscription proves that he was an important person in the hierarchy of the church and had considerable political influence,” added the scientist.

In the Church of Raphael archaeologists also discovered the earliest known in Makuria image of the king made in the church — in this case, in the apse.

“It is the oldest example of the official iconography introduced into the sacred interior – we know a similar example from Faras, but it comes from a later period,” added Prof. Godlewski.

The scientist believes that in terms of technology the paintings from the Church of Raphael are superior to those from Faras. They were made on a smooth lime plaster. The artists also used a number of expensive pigments, among others, of blue colour — lapis lazuli, rock outcrops of which are very far away from today’s Sudan.

Among the interesting discoveries, the scientist also mentions a pulpit made of granite blocks brought from a pharaonic temple. Hieroglyphic inscriptions are visible on one of the blocks.

Another important find is a fragment of an icon made on wood. “This is the first such object discovered in the history of Sudan” the researcher says. The icon is double-sided. On one side there is the image of the Virgin with a prayer, and on the other a historical figure, possibly a local ruler. The object comes from the golden age of the kingdom of Makuria, the 8th-9th century.

The study took place in February. It will continue in November, provided that the researchers have sufficient funds.