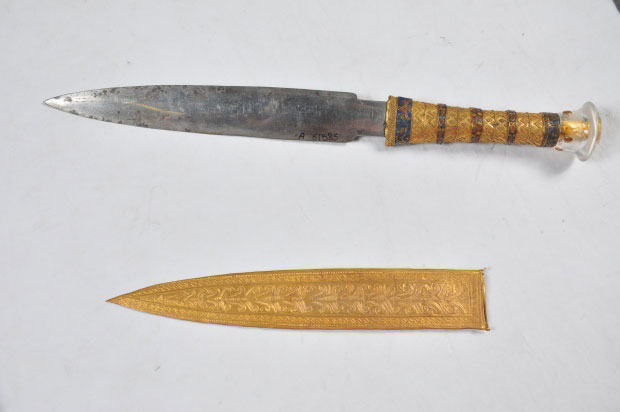 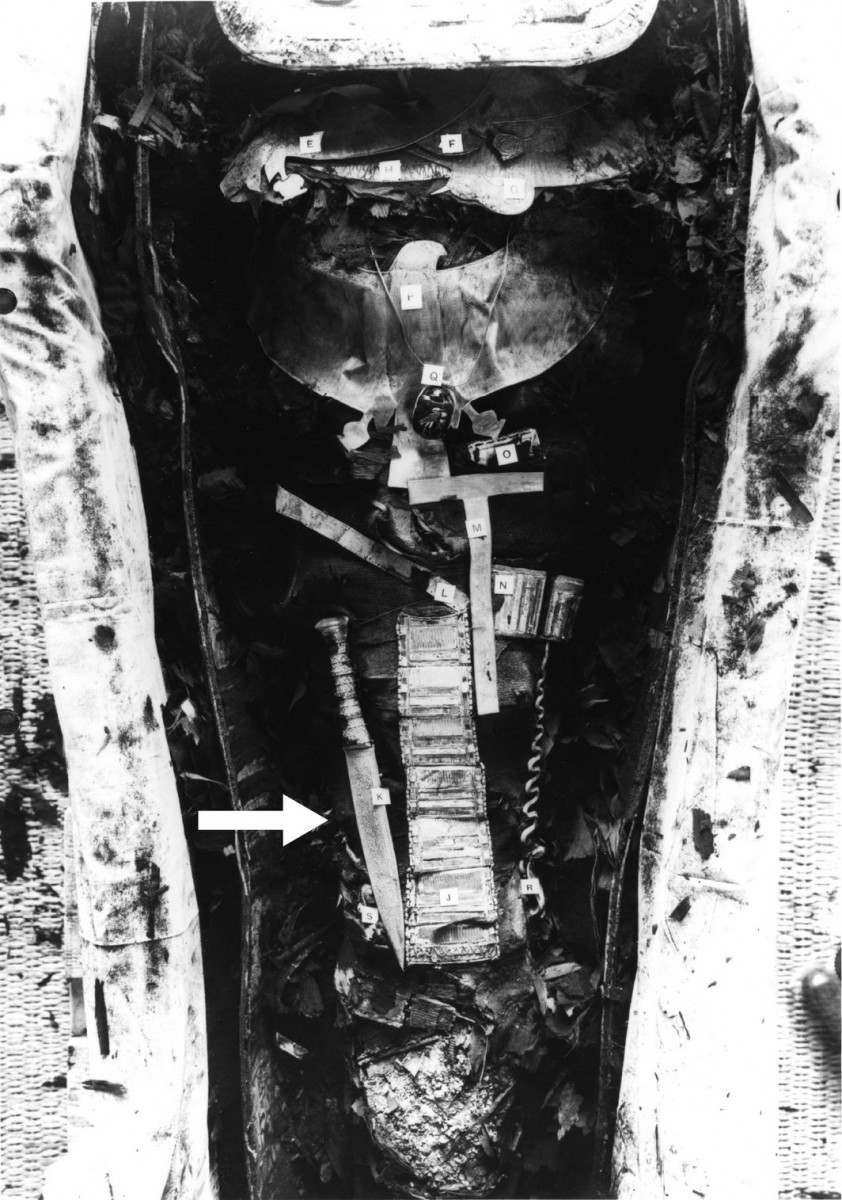 King Tut’s dagger was made of meteorite iron

A new analysis supports the theory

A new study shows that a dagger from King Tutankhamun’s tomb was made from meteorite material. The analysis on the metal composition of the dagger which was wrapped in the King Tut’s mummy proved it comes from meteorite iron.

The dagger was initially discovered in 1924 by archaeologist Howard Carter and has been puzzling archaeologists, since the iron blade has not rusted. The item was found with another dagger, which had a blade of gold, withing the wrapping of the king. The iron dagger has a gold handle, rock crystal pommel and it sheath is decorated with lilies on one side, feathers on the other and a jackal’s head. The item dates to the 14th century BC.

The analysis was conducted by Italian and Egyptian researchers. The device used is called X-ray fluorescence spectrometer and helps researchers identify different elements of an object’s composition. Researchers compared the composition of the dagger’s blade with that of 11 metallic meteorites found within 2,000km around the Red Sea coast of Egypt. The results showed that the material was very similar to that of a particular meteorite, named Kharga, which was found 150 miles west of Alexandria, at the seaport city of Mersa Matruh, which in the fourth century BC was known as Amunia. The blade of the dagger contained 10% nickel and 0.6% cent cobalt.

The dagger is one of the few iron artefacts discovered from ancient Egyptian culture. Due to its high melting point it couldn’t be extracted and forged into weapons until the 8th century BC. That is why iron objects were rare and were made of meteorite iron, a material which was more valuable than gold at the time.

The discovery offers researchers an insight into what Egyptians called about 100 years later “iron of the sky” and evidence that Egyptians already knew about this material as early as the 13th century BC.

The study is published in the journal Meteoritics and Planetary Science of the Meteoritical Society.