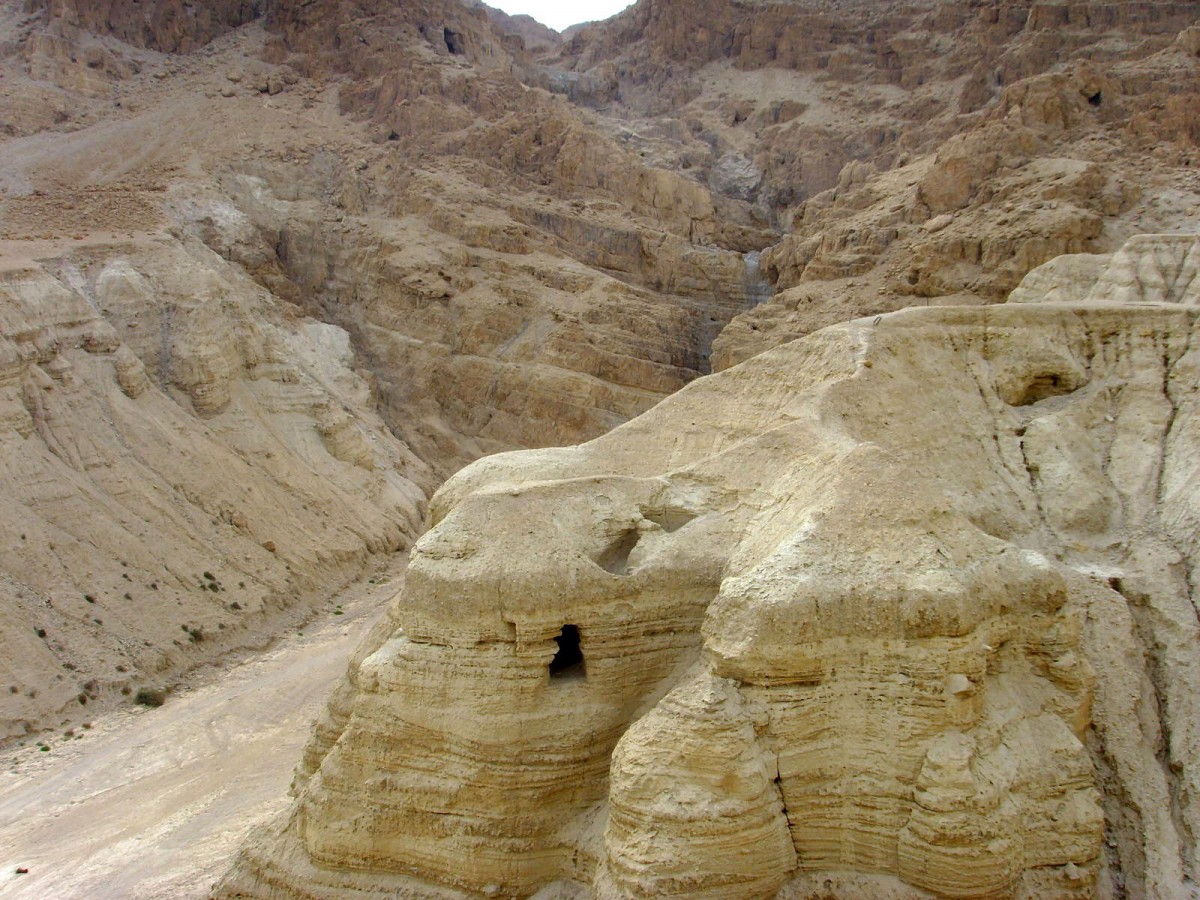 A national plan to excavate the Judean Desert caves

And save the scrolls from being robbed

The Israel Antiquities Authority, in cooperation with the Heritage Project in the Ministry of Jerusalem Affairs, and together with the Minister of Culture and Sport, MK Miri Regev, is promoting a national plan for comprehensive archaeological excavations in the Judean Desert caves, and rescuing the Dead Sea Scrolls, which are among the earliest texts written in the Hebrew language.

According to Israel Hasson, director-general of the Israel Antiquities Authority, “For years now our most important heritage and cultural assets have been excavated illicitly and plundered in the Judean Desert caves for reasons of greed. The goal of the national plan that we are advancing is to excavate and find all of the scrolls that remain in the caves, once and for all, so that they will be rescued and preserved by the state”.

According to the Minister of Culture and Sport, MK Miri Regev, “The antiquities robbers are plundering the Land of Israel’s history, which is something we cannot allow. The Dead Sea scrolls are an exciting testament of paramount importance that bear witness to the existence of Israel in the Land of Israel 2,000 years ago, and they were found close to the Return to Zion and the establishment of the State of Israel in the Land of Israel. It is our duty to protect these unique treasures, which belong to the Jewish people and the entire world. I will work to increase the punishment against those that rob our country’s antiquities”.

Last week, the Israel Antiquities Authority took a first step in the plan by commencing a complicated and extraordinary archaeological excavation in search of scrolls in Nahal Tse’elim. A team from the IAA’s Unit for the Prevention of Antiquities Robbery accompanied by researchers from Institute of Archaeology of The Hebrew University of Jerusalem and hundreds of volunteers from across the country is participating in the excavation, which is taking place with the support of the Heritage Project in the Ministry of Jerusalem Affairs. The excavation is being directed by archaeologists Dr. Eitan Klein, Dr. Uri Davidovich, Royee Porat and Amir Ganor. For many years, IAA inspectors have been proactively enforcing the law in the desert, during the course of which they have made a number of seizures and foiled bands of antiquities robbers that sought to become rich through the detrimental exposure of items of great historical importance. However, these actions are a mere drop in the ocean and the Israel Antiquities Authority stresses that only by excavating all of the scrolls in the ground and transferring them to the state, will it be possible to ensure their well-being and preservation for future generations.

In November 2014, inspectors of the IAA’s Unit for the Prevention of Antiquities Robbery apprehended a band of robbers, residents of the village Sa‘ir near Hebron, while engaged in plundering the contents of the Cave of the Skulls in Nahal Tse’elim. The suspects were caught “red-handed”, were arrested on the spot, have been investigated, sentenced and served a prison sentence, and are required to pay the State of Israel a fine of 100,000 NIS. At the time of their arrest they were in possession of important archaeological artifacts that date to the Roman period, c. 2,000 years ago, and the Neolithic period, c. 8,000 years ago.

In 2009 an ancient papyrus was seized that was written in Hebrew and dates to the Year Four of the Destruction of the House of Israel (139 CE). The papyrus was confiscated in a joint operation by the IAA’s Unit for the Prevention of Antiquities Robbery and the Israel Police during a meeting with antiquities dealers in which the papyrus was offered for sale for the amount of 2 million dollars. The investigation of the robbers involved in the affair showed that this papyrus was apparently also discovered in Nahal Tse’elim. The contents of it, which mentions the towns and settlements in the area of the Hebron hill-country, suggests that the papyrus was part of an archive of documents belonging to Jews who fled to the desert from the Hebron area after the Bar Kokhba uprising. Now, the Israel Antiquities Authority hopes to find such documents.

The Cave of Skulls, where the excavation is taking place, is located about 80 meters from the top of the cliff, and c. 250 m above the base of the wadi. Because of the difficulty in reaching the site, the Israel Antiquities Authority obtained a special permit from the Nature and Parks Authority to construct an access trail, which requires the use of rappelling equipment for the safety of the participants in the excavation. More than 500 volunteers and field personnel from Israel and abroad were required for the undertaking, and they are sleeping and living in a camp in desert field conditions. Many requests by individuals offering to participate have been denied because of the lack of infrastructure to provide for such a large group of archaeologists, volunteers and interested parties. The current excavation season will end in another two weeks, assuming this will be sufficient time in order to extract the valuable archaeological information from the cave.

According to Amir Ganor, director of the IAA’s Unit for the Prevention of Antiquities Robbery, “The excavation in Nahal Tse’elim is an operation of extraordinary complexity and scope, and one that has not occurred in the Judean Desert in the past thirty years. Despite the rigorous enforcement actions taken against the antiquities robbers, we still witness acts of severe plundering that unfortunately are possible in such large desert expanses. There are hundreds of caves in cliffs in the area, access to which is both dangerous and challenging. In almost every cave that we examined we found evidence of illicit intervention and it is simply heart-breaking. The loss of the finds is irreversible damage that cannot be tolerated”.

Israel Hasson, director-general of the Israel Antiquities Authority, added, “It is exciting to see the extraordinary work of the volunteers, who have lent a hand and participated in the excavation in complicated field conditions, out of a desire to join in an historic undertaking and discover finds that can provide priceless information about our past here. The time has come for the state to underwrite broad action so as to rescue the cultural assets of enormous historical importance while they still remain in the caves. Substantial amounts need to be allocated which will allow the Israel Antiquities Authority to embark upon a large scale operation for studying the desert, including the caves, and excavating the artifacts. After all, the Dead Sea scrolls are of religious, political and historical importance to Jews, Christians and all of humanity”.