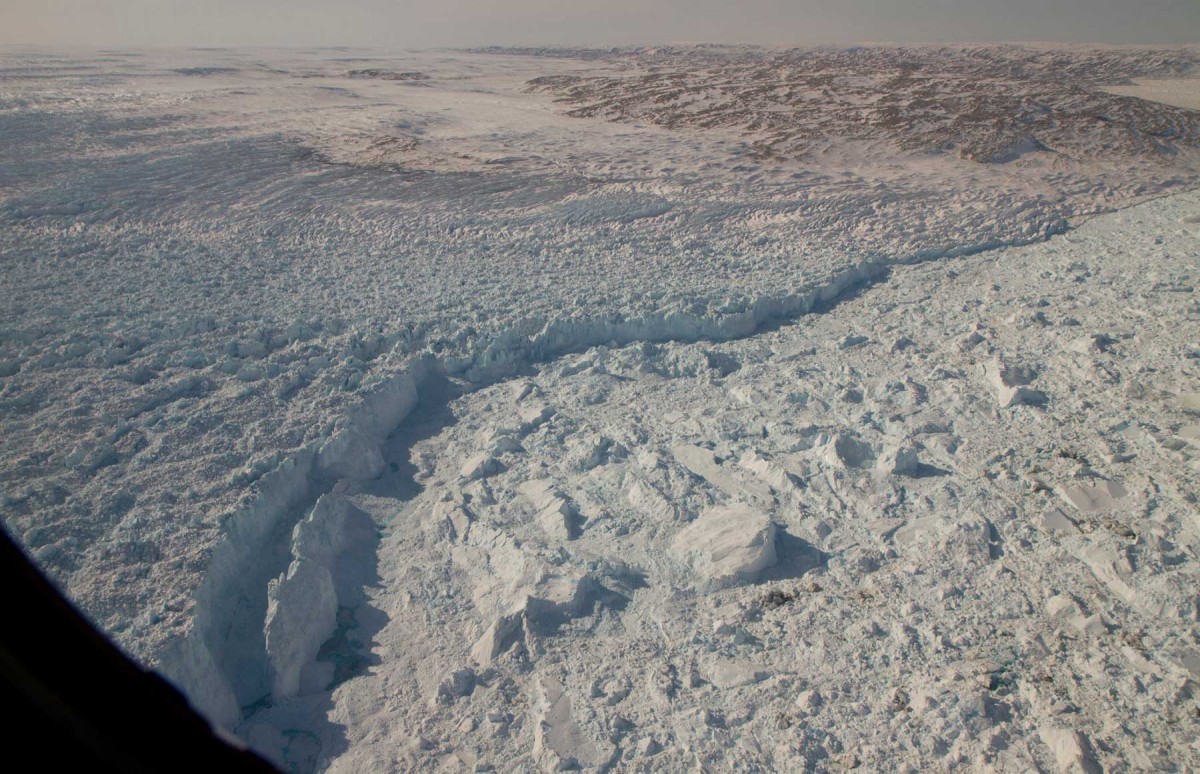 Research by University of Bristol

An ancient basin hidden beneath the Greenland ice sheet, discovered by researchers at the University of Bristol, may help explain the location, size and velocity of Jakobshavn Isbræ, Greenland’s fastest flowing outlet glacier.

The research also provides an insight into what past river drainage looked like in Greenland, and what it could look like in the future as the ice sheet retreats.

Michael Cooper and colleagues from Bristol’s School of Geographical Sciences and Cabot Institute, and Imperial College London, studied the bedrock in Greenland using data collected mainly by NASA (through Operation Ice Bridge), as well as various researchers from the UK and Germany, over several decades. This data is collected by aircraft using ice penetrating radar, which bounces back off the bedrock underneath the ice (as ice is mostly transparent to radio waves at certain frequencies).

Mr Cooper said: “The drainage basin we discovered shows signs of being carved by ancient rivers, prior to the extensive glaciation of Greenland (i.e. before the Greenland Ice Sheet existed), rather than being carved by the movement of ice itself. It has been remarkably well preserved – and has not been eroded away by successive glaciations. The channel network has never been seen before by humans – it was last uncovered around 3.8 million years ago.”

The size of the drainage basin the team discovered is very large, at around 450,000 km2, and accounts for about 20 per cent of the total land area of Greenland (including islands).

This is comparable to the size of the Ohio River drainage basin, which is the largest tributary of the Mississippi. The channels the team mapped could more appropriately be called ‘canyons,’ with relative depths of around 1,400 metres in places, and nearly 12km wide, all hidden underneath the ice.

As well as being an interesting discovery of great size, the channel network and basin was instrumental in influencing the flow of ice from the deep interior to the margin, both now and over several glacial cycles, as well as influencing the location and speed of the Jakobshavn ice stream.