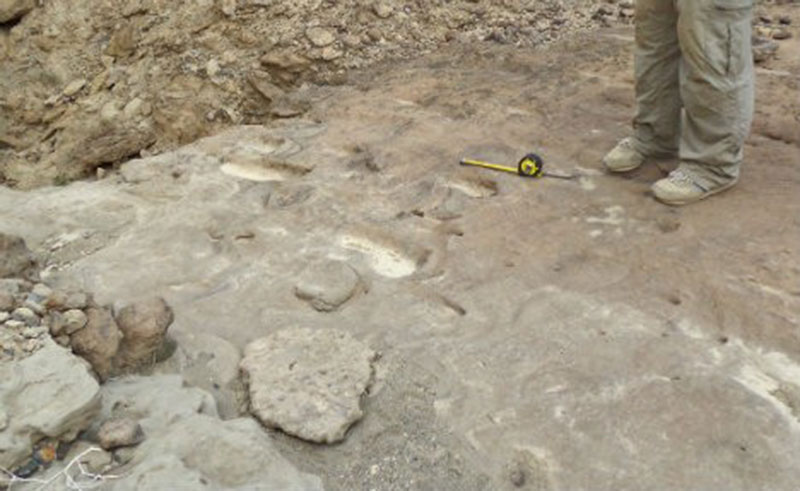 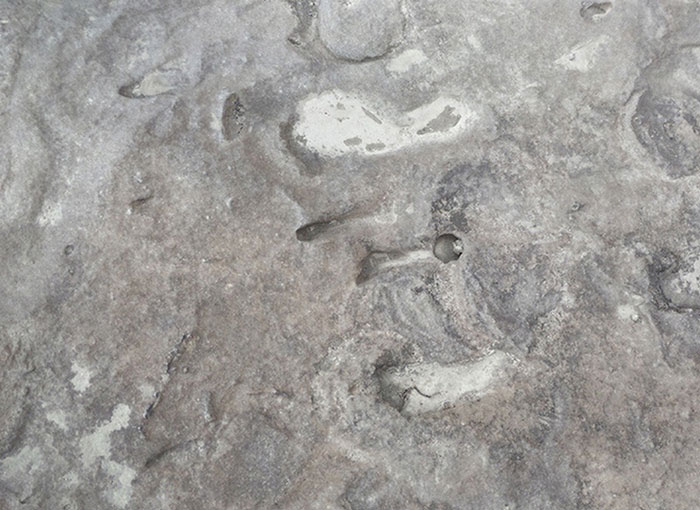 By researchers in Eritrea desert

A team of Italian archaeologists have discovered fossilised footprints in the desert of south eastern Eritrea, probably of Homo Erectus.

The 800,000-year-old footprints were discovered at the Aalad-Amo site in the east of the country by Alfredo Coppa, an archaeologist from Rome’s Sapienza University who led the dig and his team, with researchers from Eritrea’s National Museum. The footprints were fossilised and researchers found them when they unearthed a slab stone of 26 square metres. The shapes of the prints make specialists believe they were filled with water, since the arid desert where they were found was a very different environment 800,000 years ago. Archaeologists believe the prints were left in sandy sediments, on what was once the shore of a large lake surrounded by Savannah.

Around the footprints archaeologists found hoof prints of an animal, probably an extinct antelope.

The prints could provide important information about our ancestors’ foot anatomy and locomotion: they show details of the toes and the sole of the foot that made them efficient at walking and running. They are aligned in a north-south direction.

According to Coppa, the area has yielded five or six different Homo Erectus specimens until now. However, fossilised footprints are extremely rare.

Although further analyses need to be performed in order for their age to be  confirmed with certainty, researchers hope the footprints will reveal a lot about the evolution of man.