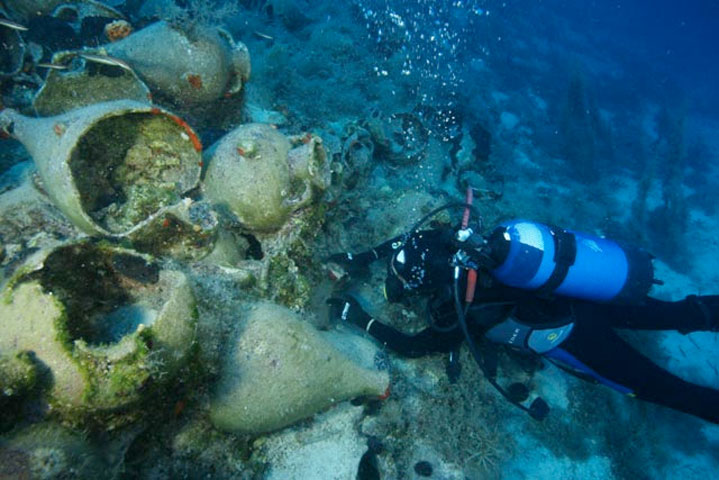 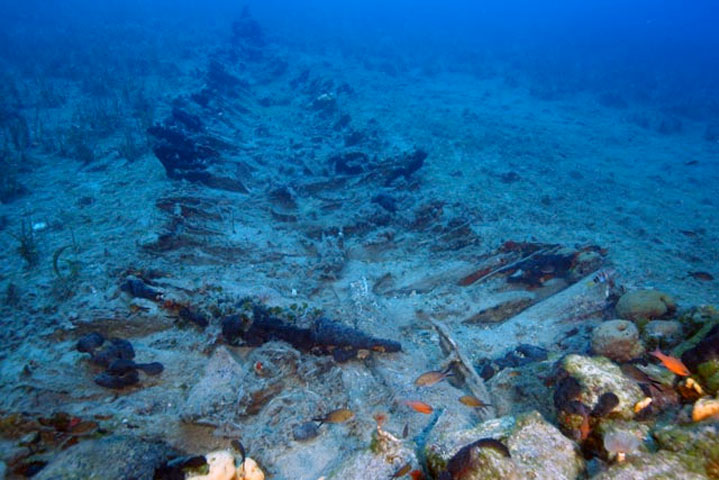 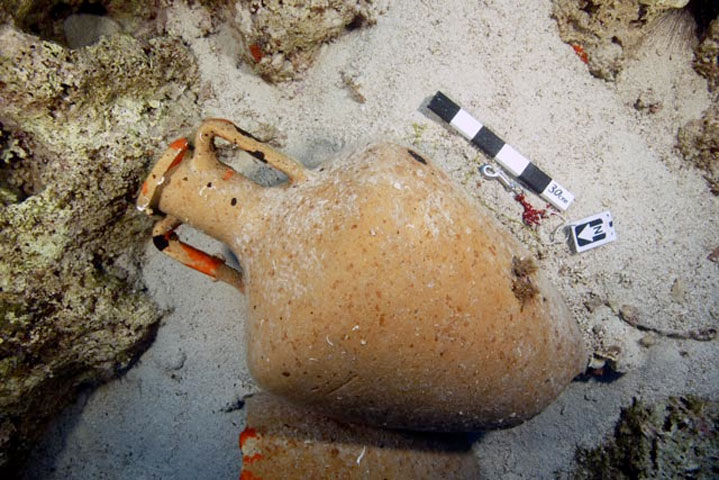 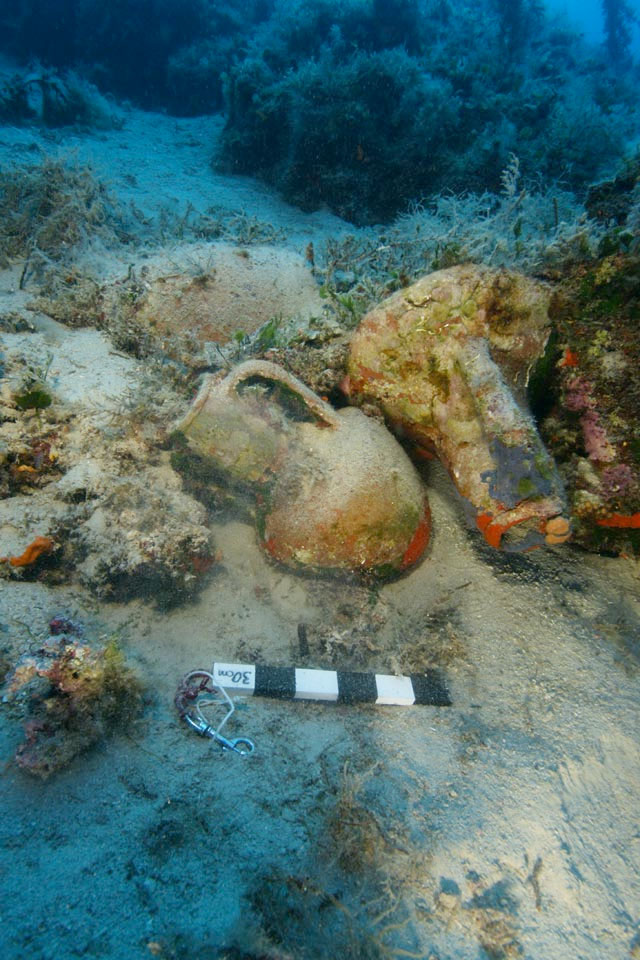 Another 23 shipwrecks located at Fourni

The second season of underwater archaeological surveys at Fourni of Ikaria, conducted by the Ephorate of Underwater Antiquities has been completed. The aim of the survey is to located, record, map and investigate the ancient and medieval shipwrecks in the area around the Fourni archipelago in the eastern Aegean.

The surface survey focused on the coastal area and in depths up to 65 metres. Traces of 23 shipwrecks have been located and registered, dating from the end of the Archaic period until the 19th century. Thus the total number of shipwrecks found in the area is 45 — the 22 discovered in 2015 included. This makes the Fourni archipelago the richest sea area regarding ancient shipwrecks in Greece and one of the richest in the Mediterranean.

Apart from the sunken ships, hundreds of finds were found, mostly pottery and anchors, reflecting the instensity and extent of maritime activities and trade at this important crossroads of seaways in the eastern Aegean. Among the most significant finds of the 2016 surveys are a shipwreck with Koan amphorae, dated to the mid-Hellenistic period, a shipwreck of Late Archaic/Early Classical period with an amphorae cargo from the eastern Aegean, a Roman period shipwreck with a cargo of amphorae from Sinope at the Black Sea, a shipwreck with amphorae from Rome’s holdings in North Africa dating back to the 3rd-4th c. AD and a shipwreck with a cargo of Early Christian table pottery. Also, two stone counterweights of Archaic anchors, the biggest of their kind found until now in the Aegean.

The diversity of cargos and the finding of many shipwrecks with imported goods outside the Aegean seems to be confirming the first assumptions of the 2015 surveys: Fourni, an unknown island, unmentioned in ancient sources, was a trade node of transregional importance due to its geographical location and its multifaceted coastline which facilitates the berthing of ships under all weather conditions, and was also related with a broader network of sea routes in antiquity.

The 2016 Fourni Underwater Survey was a collaboration between the Hellenic Ephorate of Underwater Antiquities and RPM Nautical Foundation. The survey focused on a small archipelago in the eastern Aegean Sea that has revealed itself as a rich deposit of underwater cultural heritage.

The Fourni archipelago is located between the larger Aegean islands of Samos and Ikaria. Though quite minor in appearance, the archipelago is situated at a pivotal location within the Aegean. It is one of the few islands with both northern and southern currents. Its location is the convergence of two major sailing routes, used both in Antiquity and today due to the natural condition of winds in the region.

Twenty-two shipwrecks were located during the September 2015 season of the Fourni Underwater Survey. This number represents 12% of the known wrecks in Greek waters, demonstrating the navigational significance of the islands. The project documented wrecks dating from the Archaic through Late Medieval periods. As a substantive dataset of vessels lost underway, as opposed to abandonments or harbor assemblages, the Fourni assemblage offers a comparative collection for understanding eastern Mediterranean sites.

The 2016 season expanded the project, conducting broader surveys to locate additional sites. In addition, more focused research on each of the previously located sites supplemented  the data collected in 2015. The survey planned to fully catalog and document the underwater cultural heritage of the archipelago and learn more about ancient trade and navigation in the Aegean Sea.