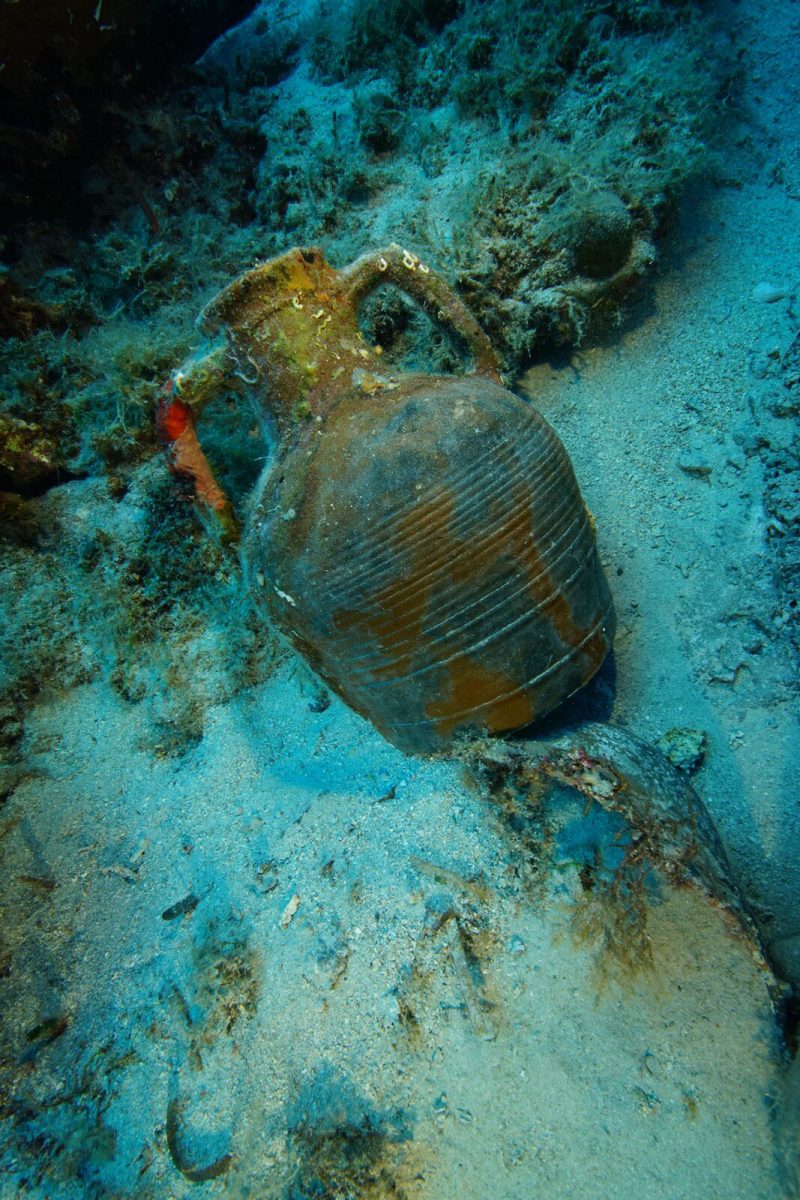 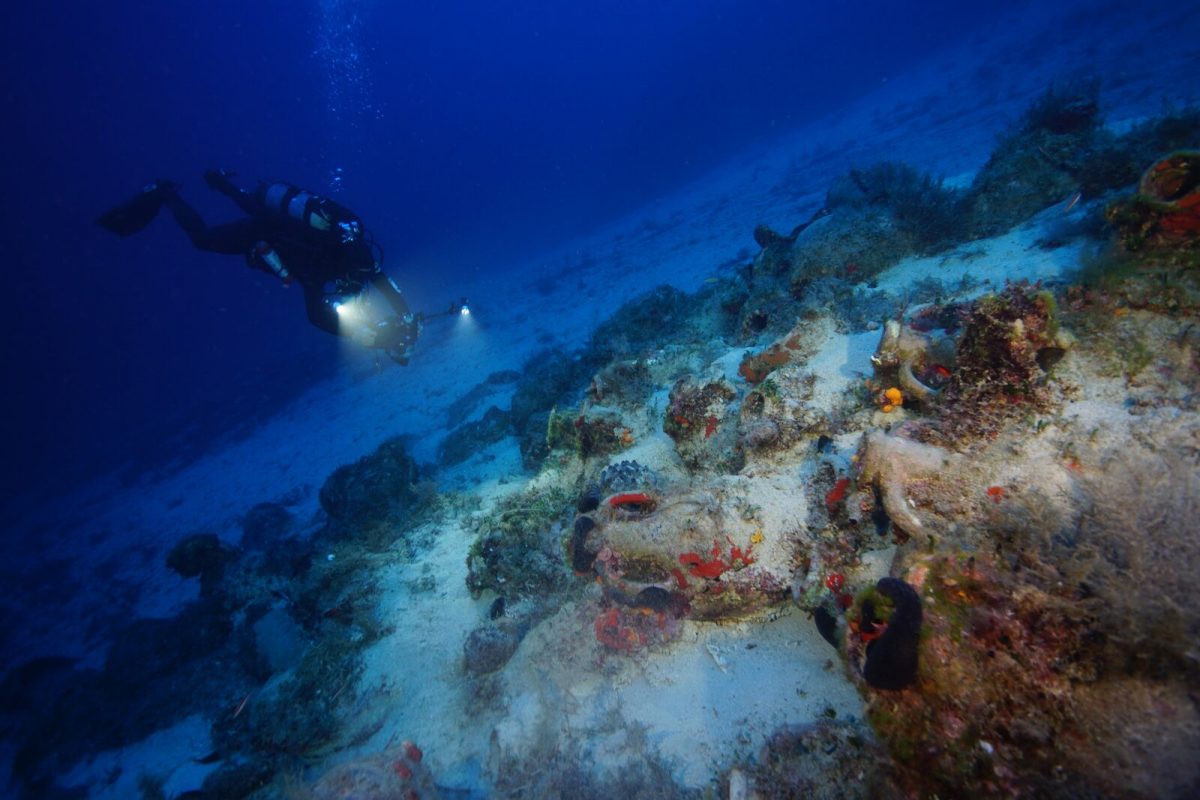 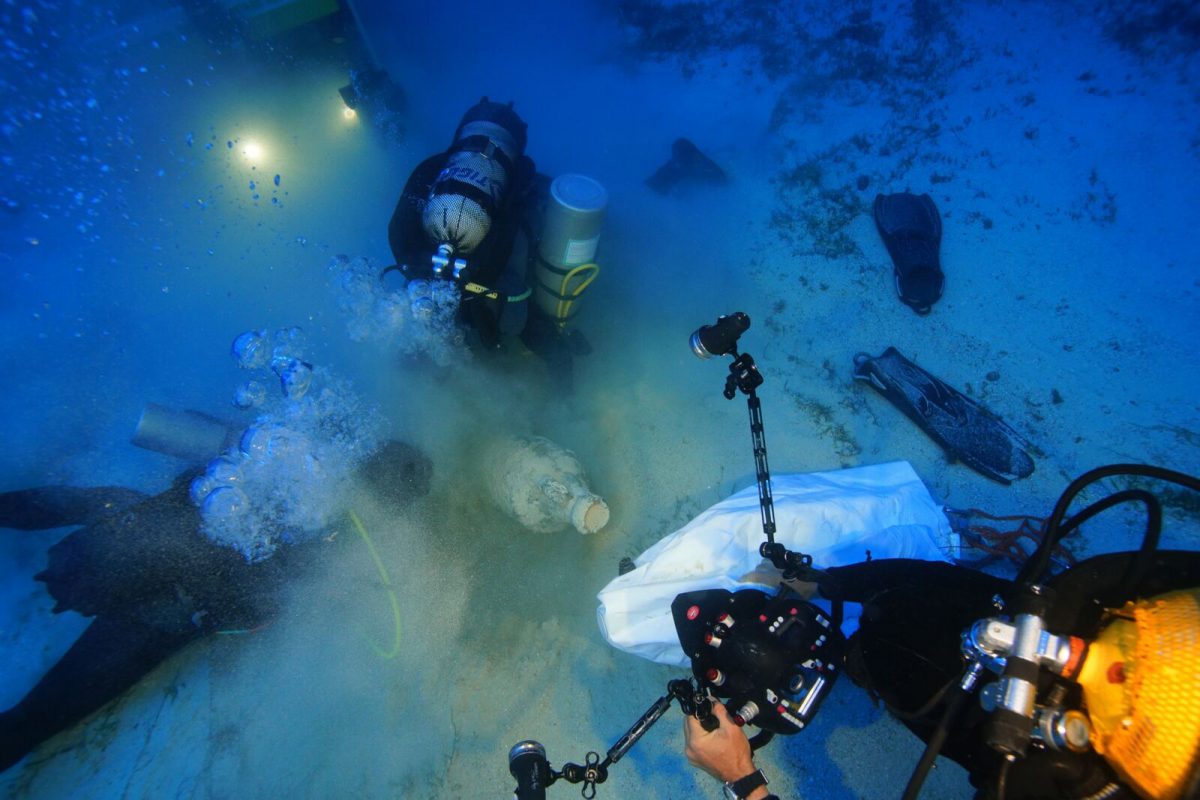 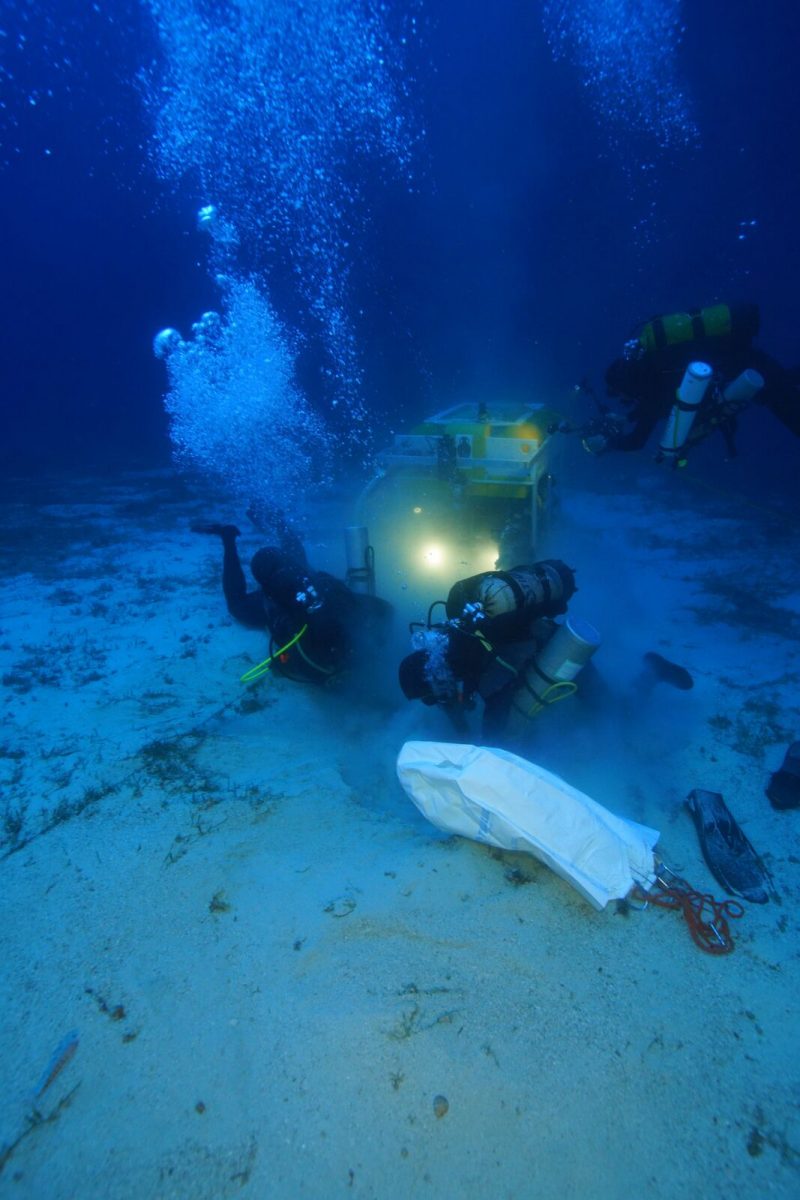 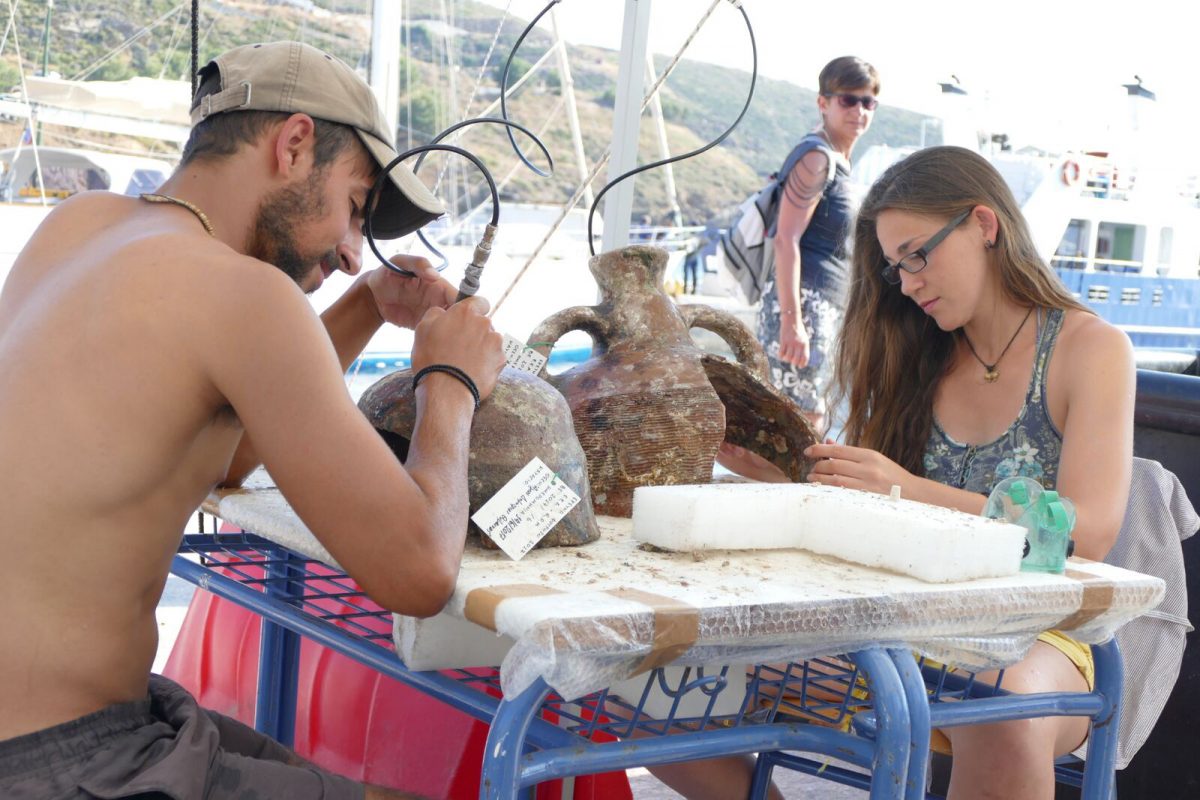 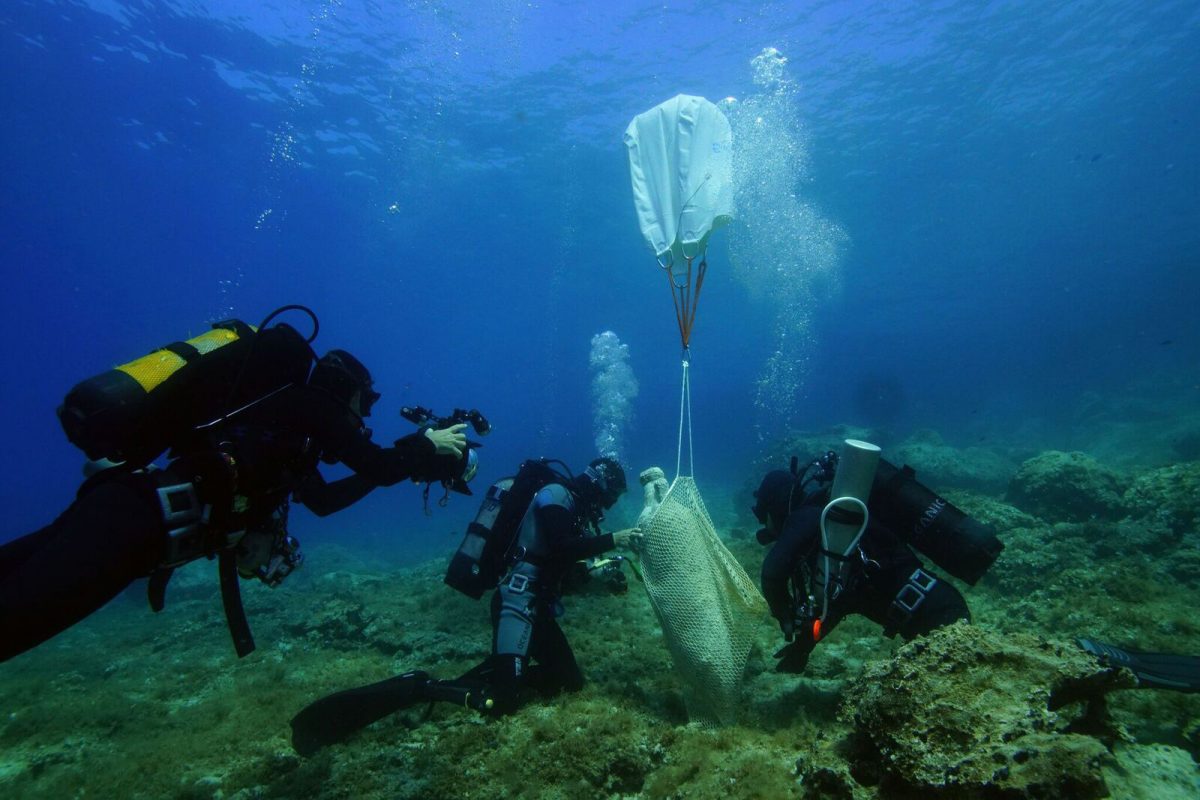 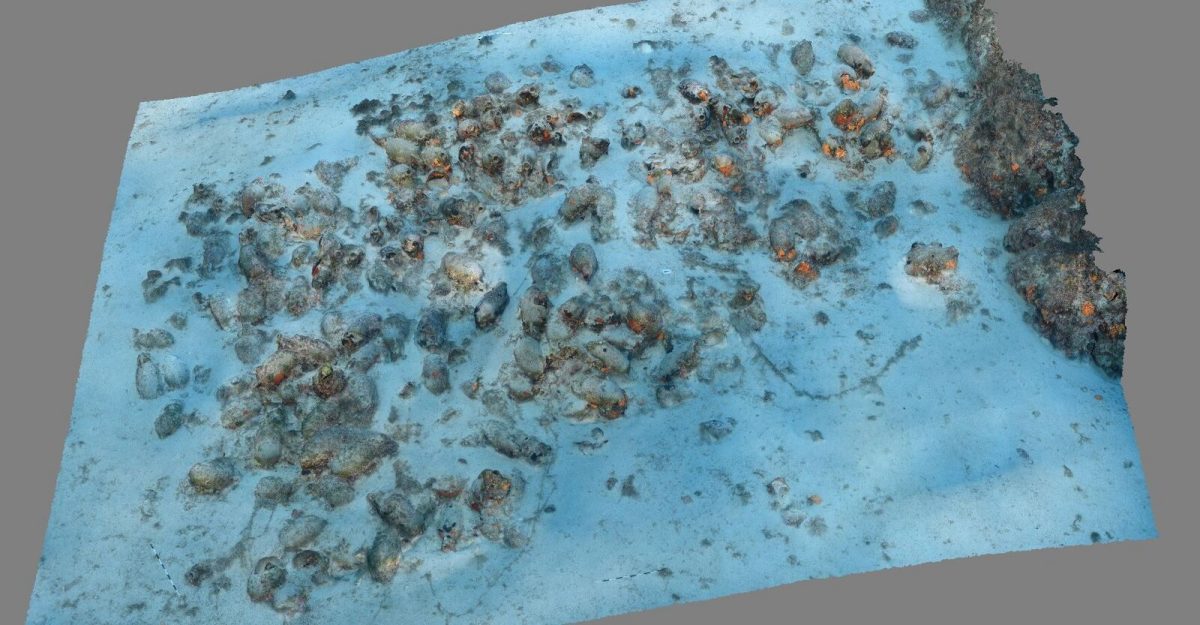 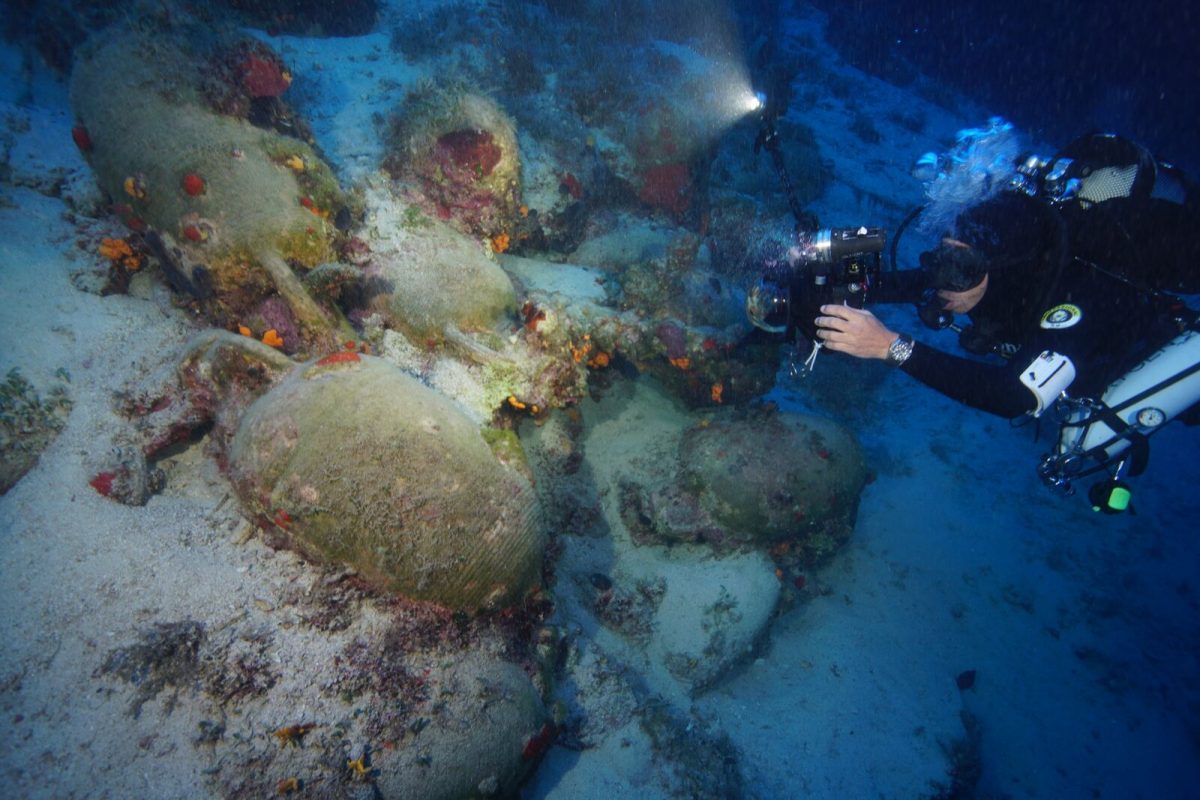 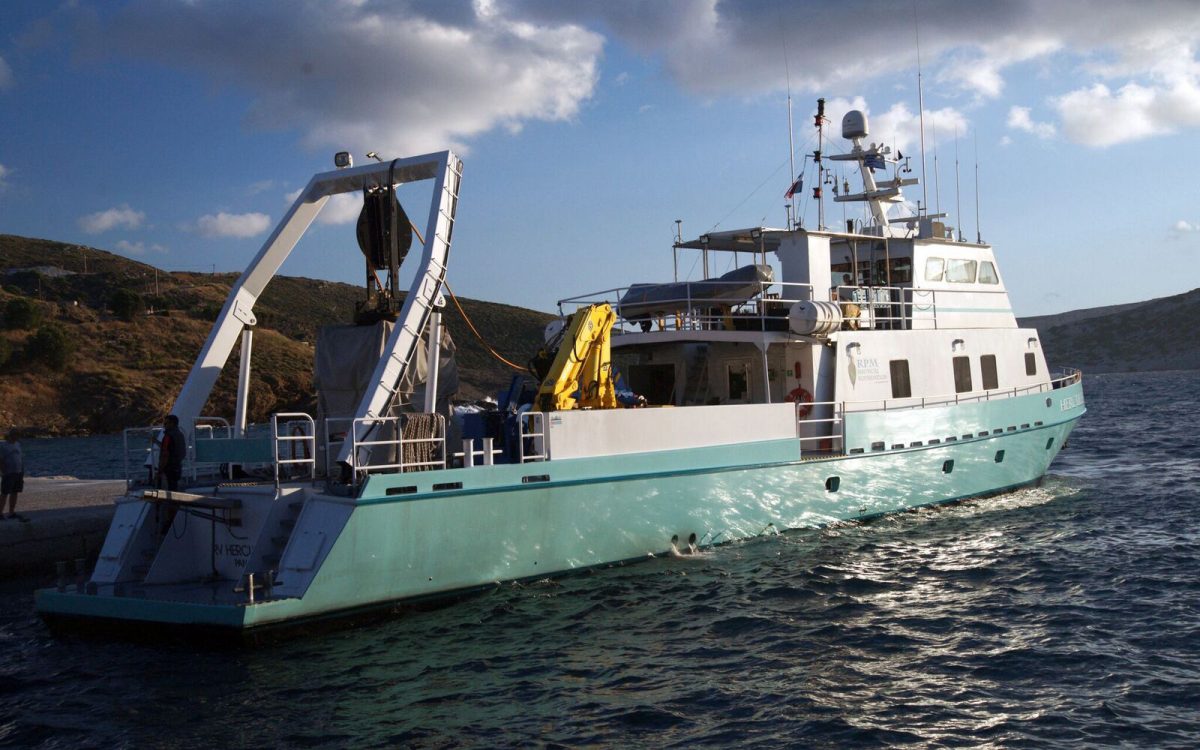 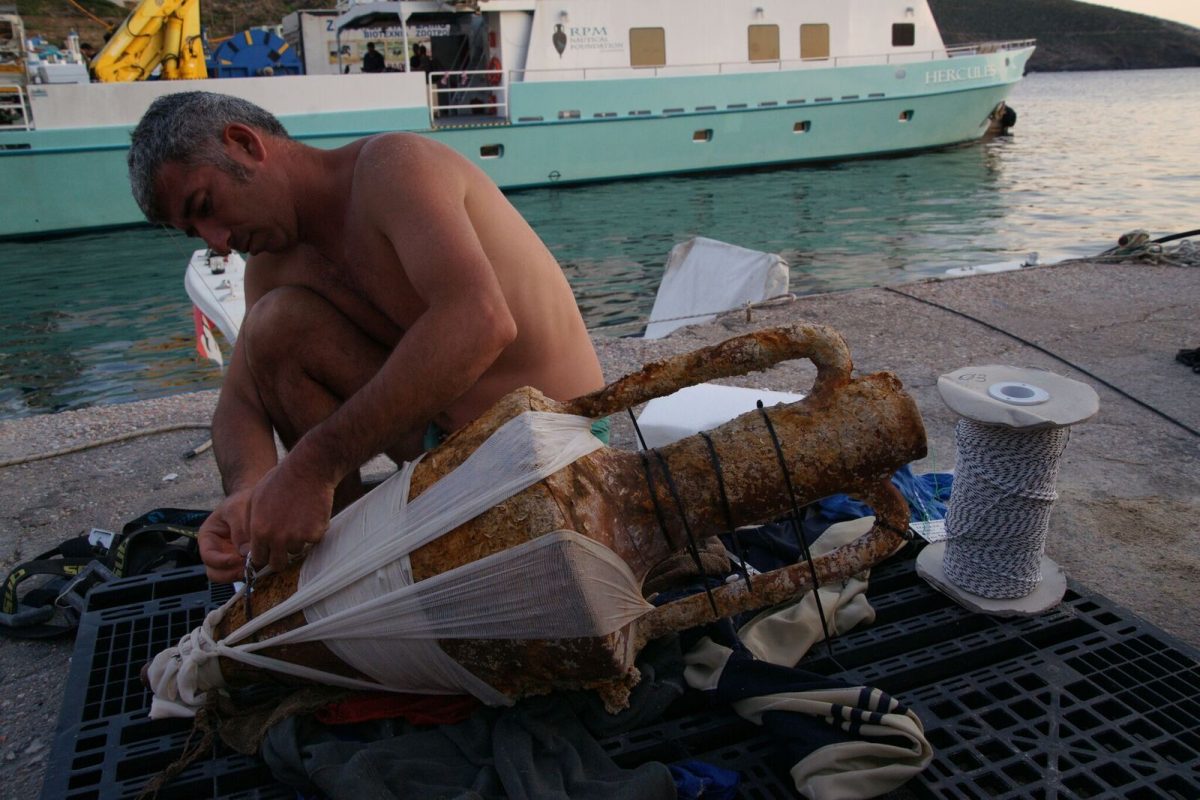 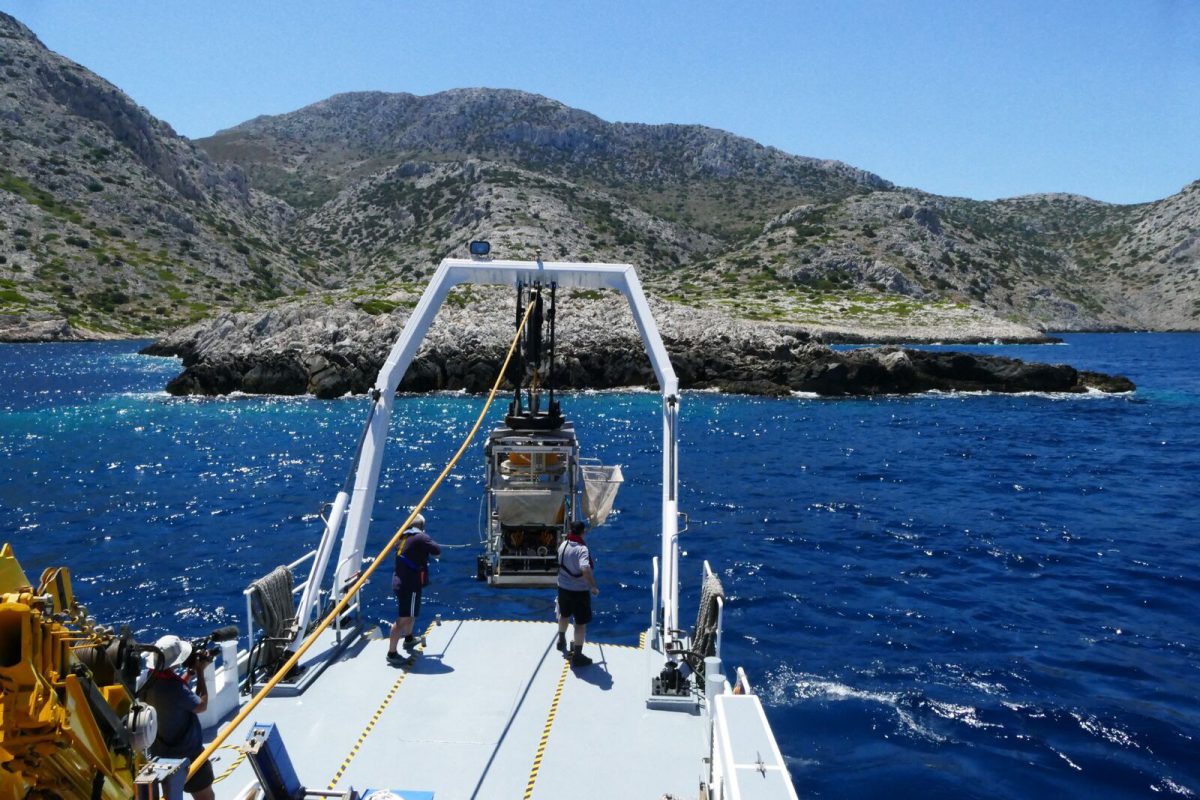 A joint Greek-American expedition to the Fourni archipelago found eight new shipwrecks, bringing the total number of shipwrecks in the small archipelago to fifty-three. The Fourni Underwater Survey is one of the most exciting projects currently in archaeology. With the identification of 53 shipwrecks and much more coastline and deepwater areas to search, Fourni is among the largest concentrations of ancient shipwrecks in the world.

The third season of the Fourni Underwater Survey was conducted during three weeks in June by the Ephorate of Underwater Antiquities/Hellenic Ministry of Culture and Sports in cooperation with RPM Nautical Foundation. The research is directed by Dr. George Koutsouflakis from the EUA and Dr. Peter Campbell from RPM Nautical Foundation.The project’s goal is the identification and documentation ancient, Medieval, and post-Medieval shipwrecks in the Fourni archipelago. Twenty-two shipwrecks were identified during the first season in September 2015 and twenty-three were discovered in June 2016, bringing the total to 53 wrecks with addition of eight this past June. The project continues to work closely with the local community, such as fishermen and sponge divers, to locate and document shipwrecks.

The Fourni archipelago is composed of 13 small islands and islets between the large Aegean islands of Samos and Icaria. Fourni was never home to any large settlements, but instead its importance comes from its location along navigations routes that connected the Black Sea and Aegean to Cyprus, the Levant, and Egypt. As a result of being a navigational point, Fourni has 53 shipwrecks in just 17 square miles.

The most significant shipwrecks of 2017 were a Classical Period shipwreck carrying amphoras from Chios and a Roman shipwreck from Iberia. The project also found a wide range of anchors dating from the Archaic Period through the Byzantine Period and composed of stone, lead, and iron. The finds indicate maritime connectivity between the entirety of the Mediterranean and reveal trade and technological changes in different time periods.

While the focus of previous seasons had been on survey, this season’s primary focus was on documentation of the ships found previously. The team used the latest methods, such as mapping the seafloor using multibeam sonar and documenting the sites with orthographic photomosaics and 3D photogrammetry. RPM Nautical Foundation’s research vessel Hercules used its remote sensing equipment and ROV to assist in the survey and documentation of the shipwrecks.The project selected artifacts from sites to recover for conservation and scientific analysis, which may reveal further information about trade and exchange. The substantial dataset of 53 shipwrecks will be made available to researchers and the public through future publications, as well as it is hoped that a local museum can be created on the main island.

A fourth season is planned for 2018, which will continue the survey and documentation. After completing a full survey of the archipelago’s underwater cultural resources, the project will consider excavating shipwrecks of significant scientific value.