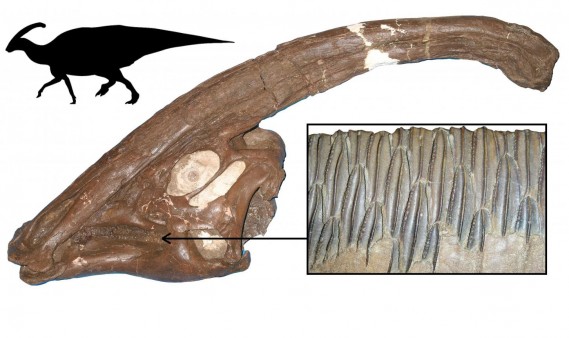 One of the most successful dinosaur plant-eaters, Parasaurolophus from the Late Cretaceous of North America, showing the skull, with long crest, the multiple rows of teeth, and body outline. Hadrosaurs were specialist feeders on confiers and other tough plants, and they were hugely diverse and abundant. Credit: School of Earth Sciences © University of Bristol
- +
Listen by Archaeology Newsroom
18 07 '16 09:36

The success of the plant-eating dinosaurs

New study from the University of Bristol