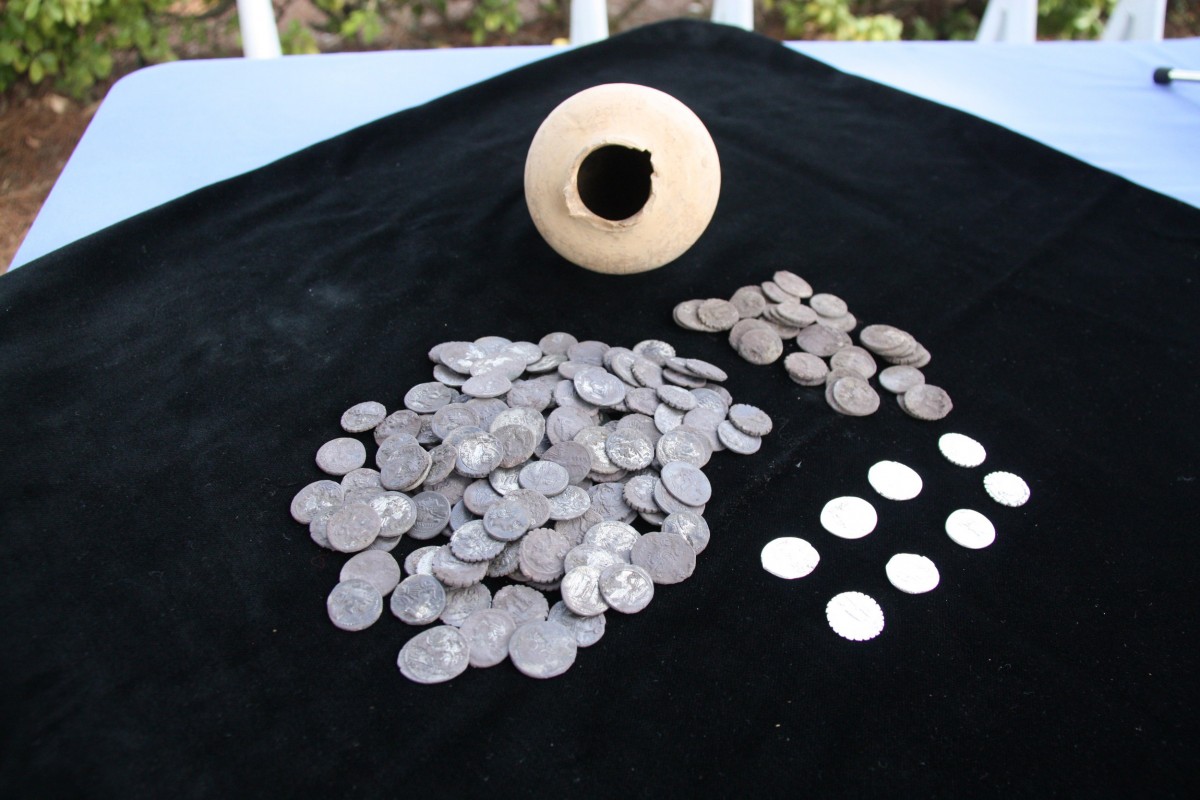 A coin hoard hidden in an amphora was found in a house excavated at the ancient Greek colony of Empúries on the Costa Brava.

Empúries was a town on the Mediterranean coast of the Catalan comarca of Alt Empordà in Catalonia, Spain. It was founded in 575 BC by Greek colonists from Phocaea with the name of Ἐμπόριον (Emporion, meaning “trading place”) and later occupied by the Romans.

Excavations at the 2,500-year-old town began up to 180 years ago. However, this last excavation season yielded the largest treasure ever found on the site: 200 silver denarii dating from the 1st century BC. The coins had been placed in a ceramic vase and hidden by the treasure’s owner in a house that burned down. “This was a huge amount of money by that time and would have allowed the owner to live comfortably for quite a long time,” as a soldiers’ wage was about 10 denarii and a monthly rent in that time was around 2 denarii, archaeologist Pere Castanyer who took part in the dig explained.

In the cellar of the house in which the hoard was found, archaeologists also discovered 24 wine amphorae, most of them of Italic origin, a slab of bronze (simpulum) to extract wine and two bracelets.

The excavations were carried out by thirty students attending the 70th edition of Archaeology Course of Empúries.